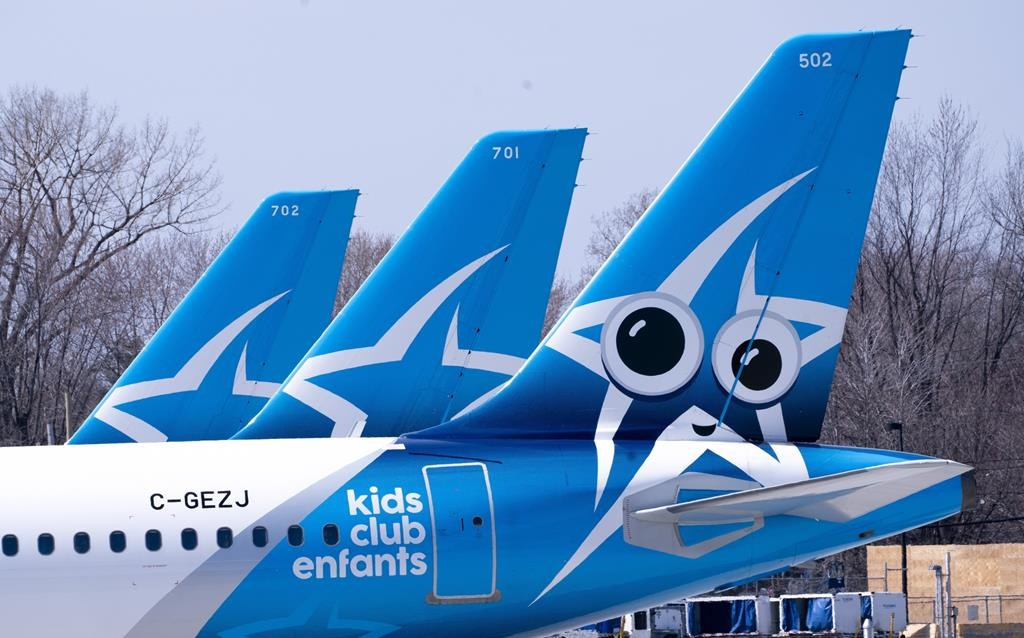 Air Transat aircrafts are seen on the tarmac at Montreal-Trudeau International Airport in Montreal, on April 8, 2020. File photo by The Canadian Press/Paul Chiasson
Previous story

Air Transat is looking to reduce greenhouse gas emissions from its airplanes by using jet fuel made from kerosene in a process that captures carbon dioxide produced by large industrial emitters.

The Montreal-based airline has signed an agreement with SAF+ Consortium, which is finalizing the fabrication of a pilot plant in Montreal to make the kerosene.

The kerosene is then converted to synthetic jet fuel which is estimated to have an 80 per cent lower carbon footprint than conventional jet fuel.

"So, solutions such as the production of SAF in Montreal will put Quebec-Canada on the map while providing great jobs for the future," said Iordan.

This report by The Canadian Press was first published July 8, 2020.

Companies in this story: (TSX:TRZ)

This sounds great. Does

This sounds great. Does anyone know what energy source is used in the SAF process to make kerosene out of carbon dioxide? If such a process uses clean energy that would be a way of storing surplus energy, when the sun shines and the wind blows. Otherwise it seems like a scam.