Huawei still hopeful it can provide 5G to Canada 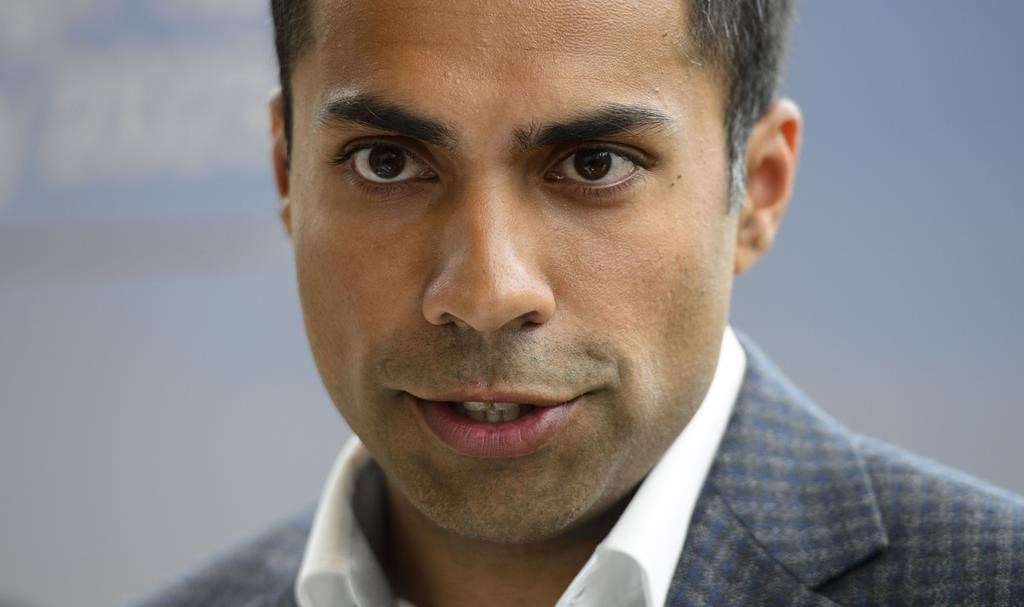 Huawei Canada says it is collateral damage in the Trump administration's trade war with China and remains hopeful that it might still be able to sell next-generation internet equipment to Canada.

That characterization comes one day after Britain became the last of Canada's "Five Eyes" intelligence-sharing allies to ban the Chinese telecommunications firm from its 5G wireless internet.

The next generation of wireless internet technology is to be dramatically faster than the current standard, with more bandwidth and faster response times. It's expected to be crucial to technologies such as autonomous vehicles and remote medicine.

"That is the context in which a lot of announcements and decisions are made, as the Trump administration is demanding that everyone pick a side whether it is actually in their interest to go all in on one side or that other."

Britain's decision brought it firmly in line with Trump's campaign to have Huawei banned from allied countries, including Canada.

The United States views Huawei as a security threat and says its equipment and technology would serve as a back door for China's communist leaders and military to spy on other countries as they adopt 5G technology — a charge the company firmly denies.

The Trudeau government has delayed a long-awaited decision on whether to allow Huawei to participate in Canada's new 5G network largely because of China's ongoing imprisonment of two Canadian men, Michael Kovrig and Michael Spavor.

Kovrig and Spavor were arrested nine days after Canada detained Huawei's chief financial officer, Meng Wanzhou, on an American arrest warrant in December 2018. That move is widely seen as retaliation by China to force Canada to release Meng.

Huawei Canada says it is collateral damage in the Trump administration's trade war with China and remains hopeful that it might still be able to sell next-generation internet equipment to Canada.

Velshi, a lawyer and former Conservative political staffer, called the case against Meng a "politically driven" prosecution by Trump, and pointed to a 2018 musing by the president that she could be used as a bargaining chip in his trade negotiation with China.

He said Meng will be vindicated by the Canadian courts when the extent of Trump's political motivation is properly presented.

(The Green party issued a statement along the same lines Wednesday, saying the United States is abusing its extradition treaty with Canada for political purposes and calling on the Canadian government to demand U.S. charges against Meng be dropped.)

But at the same time, Velshi also expressed sympathy for Kovrig and Spavor and reiterated the view of the Canadian arm of his company that diplomats can somehow win their freedom.

The tensions between Beijing and Washington intensified on Wednesday following Tuesday's announcement by Britain that Huawei would be excluded from work on the 5G network because U.S. sanctions made it impossible to ensure the safety of Chinese-supplied equipment.

The Trump administration decided in May to block non-U.S. companies from using American technology to produce processor chips and other components for Huawei without Washington's approval.

On Wednesday, the Chinese government accused Britain of colluding with the U.S. to hurt Huawei. The Trump administration fired back by announcing travel bans on employees of Huawei and other Chinese companies that the U.S. determines are assisting authoritarian governments in violating human rights, including against Uighurs in western China.

Velshi said Huawei has faith in the Canadian government's ongoing 5G review and the company has nothing to say about how long it has taken for a decision to be made.

In the meantime, Velshi said that despite the tensions between Beijing and Ottawa, Huawei's revenues in Canada grew in 2019, as did its workforce, which stands at about 1,200 employees. Velshi said the company has not yet made public its 2019 financials.

"We attribute that growth to the fact that our customers … have largely stood by us and continued to buy our products," said Velshi.

David Reed, Britain's deputy high commissioner to Canada, had no comment on what Canada should do next, but noted the two countries enjoy strong co-operation in the Five Eyes, which also includes Australia and New Zealand.

Reed said all countries must focus on allowing more companies to thrive in the 5G market.

"The reason we're in this position is there's a global market failure," Reed said in an interview. "That's the conversation we started, particularly with Five Eyes partners, earlier in the year and we're trying to make progress on that."

John Power, the spokesman for Innovation Minister Navdeep Bains, gave no indication as to when the government would make its decision on which companies can sell 5G gear in Canada. He reiterated that the government would "not compromise on matters of national security" but declined to reference specific companies.

"Our government's review will consider technical and security factors, including advice from our security agencies and consider decisions from our allies and partners," he said in a statement, adding that it would take into account "important domestic and international considerations."

— With files from the Associated Press.