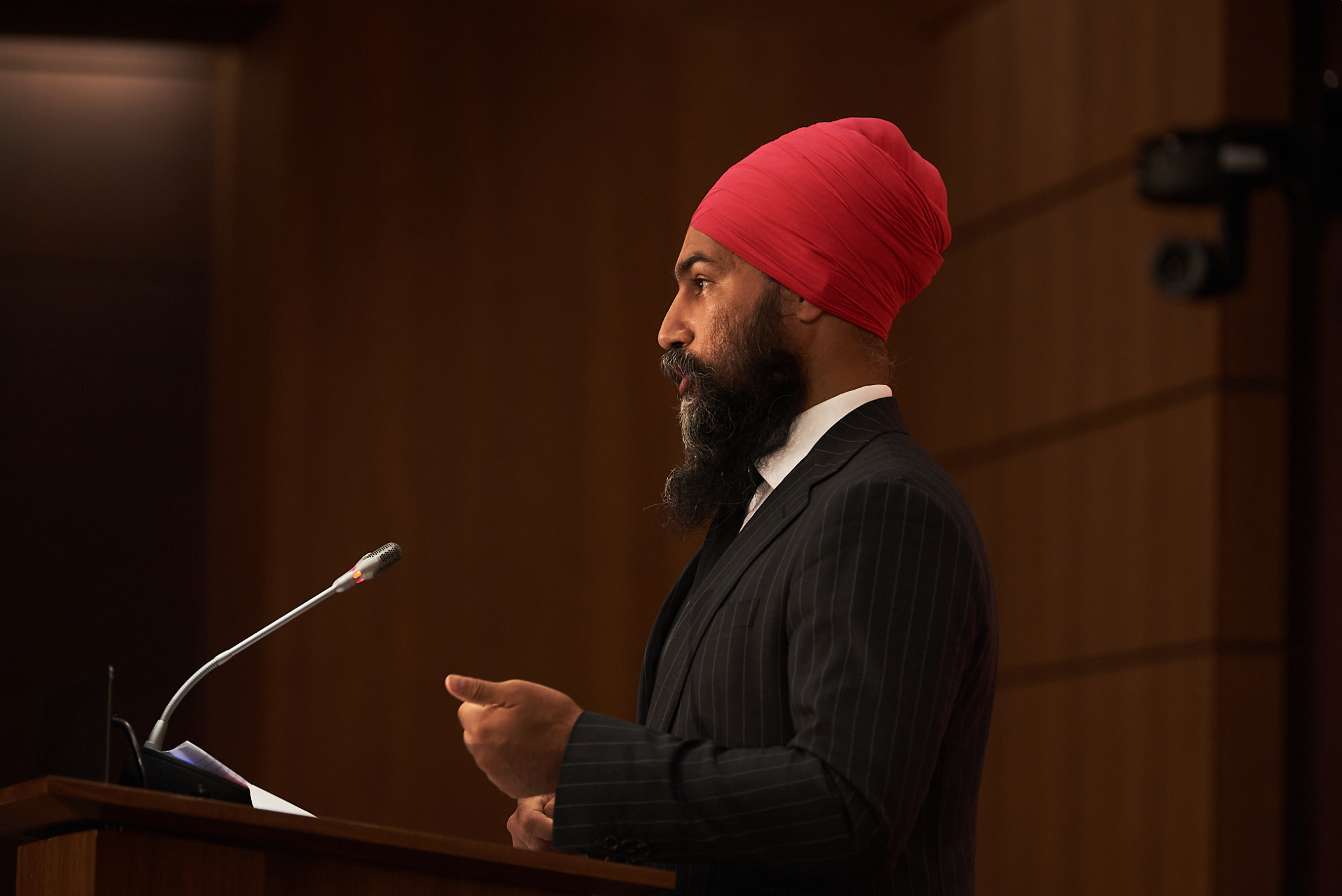 NDP Leader Jagmeet Singh said Monday that the Trudeau government’s bill offering a one-time payment to Canadians with disabilities is broader in scope than the one that failed to pass two months ago.

The House of Commons passed Bill C-20 on Tuesday, legislation which will, among other things, amend the Pension Act, the Income Tax Act and other legislation dealing with veterans and children in order to provide a “one-time payment to persons with disabilities for reasons related to COVID-19.”

Employment Minister Carla Qualtrough has said the tax-free, non-reportable payment will be set at $600, an amount the government expects to “assist with additional expenses incurred during the pandemic.”

Over a fifth of Canadians 15 years or older identify as having a disability, according to the 2017 Canadian Survey on Disability, a figure that rises to almost 40 per cent of Canadians over 65 years old. More than 1.5 million working-age Canadians with disabilities are unemployed or not in the labour market.

Include Me, an organization that claims to represent more than 210 Canadian disability organizations, says many of those people have been requiring extra support during the pandemic because of either the specific nature of their disability, or because of the public health measures put in place to battle the virus.

People with disabilities have been needing to distance themselves from the support networks they normally rely on, Include Me says, and the schools, daycares or recreational activities that they are normally a part of may have closed.

The legislation is the latest attempt to provide pandemic relief to Canadians with disabilities after an earlier version couldn’t get enough support in Parliament.

At that time, the NDP and the Green Party had said the disability benefit package being offered by the Liberals would only reach around 40 per cent of people living with disabilities.

NDP Leader Jagmeet Singh said Monday that the Trudeau government’s bill offering a one-time payment to Canadians with disabilities is broader in scope than the one that failed to pass two months ago.

“We were able to push them to include more help to more Canadians living with disabilities, which gets the number over a majority,” said Singh, the MP for Burnaby South. “It’s still not enough, but we’ll continue fighting.”

Include Me said thousands of people sent more than 60,500 letters through its letter-writing campaigns to “push for financial aid.”

Qualtrough said under the bill, Canadians with disabilities will have a 60-day window to apply for the Disability Tax Credit if they are eligible, but have not applied.

As well, seniors who are eligible for the payment would get the equivalent amount, $600, in “special payments” through a top-up, for example by doubling the $300 seniors payment.

Bill C-20 also extends the Canada Emergency Wage Subsidy (CEWS) through to Nov. 21 and revises the eligibility criteria, creating a new structure that would offer support depending on which employers were the hardest hit by the pandemic.

The wage subsidy changes would create a new base subsidy, available to all eligible employers, with a varying amount that depends on how much revenue the business saw decline, said Middle Class Prosperity Minister Mona Fortier.

There would also be a top-up for severely affected employers. She said businesses that were originally under a revenue decline threshold of 30 per cent would now be eligible.

Conservative Leader Andrew Scheer said the wage subsidy changes amounted to a “complex web of rules and regulations that will trap businesses in paperwork and accounting fees, making it harder for them to get the help they need.”

He said the Tories supported the disability measures in the bill, but had concerns about the wage subsidy portion. “You need a degree in mathematics” to understand its complexity, said Scheer.

Singh said the help the government has put on the table is not enough, and that he wants to see more help for child care and education. He pointed to a study from the Royal Bank of Canada that showed how women's participation in the labour force has plummeted to its lowest level in three decades.

“Women have borne the brunt of COVID-19 and we see that in some really shocking numbers … this is a chilling stat and is something that creates great worry and great fear in all of us,” said Singh.

“If the response to COVID-19 has disproportionately affected women, we need a response, we need a solution that recognizes that women have been most impacted.”

Jagmeet Singh does not. get

Jagmeet Singh does not. get enough credit for the practical solution-based proposals he makes with almost every public statement. He deals with action and states his party's position with dignity and concern to act for the public good. I admire him more as time goes on.
His behaviour as a policy-rich, governance focussed legislator is in sharp contrast to the sniping gottch' a policy-free comments of Scheer. Whining and outraged at insider kerfuffles and apparently zero awareness or concern for what Canadian normal people really need now: a basic income, subsidized childcare, action on green climate building work and training (and eliminating the coddling of Big Oil and GAs)

He is just mimicking Ms May.

He is just mimicking Ms May.

It might be wise to reserve opinion about a "Guaranteed Basic Income" before a proposal comes along with $$ values attached, and how it's proposed to be delivered.
A GBI that functions solely as a subsidy to employers is not useful. At all.
Most of the $$-values I've seen floated for a GBI don't improve at all on the lot of the poorest.

It's interesting that employed or formerly employed ppl with a disability will receive $600 to top up for disability-related extra expenses.
Seniors got an amount for their extra, locked-in costs, in an amount that didn't even come close to the extra costs for groceries alone.
So how and why does it come to be that the impact of disability is seen to be less for disabled seniors? Or less in need of support?
Sounds ageist to me. And contrary to equality guarantees in our constitution.