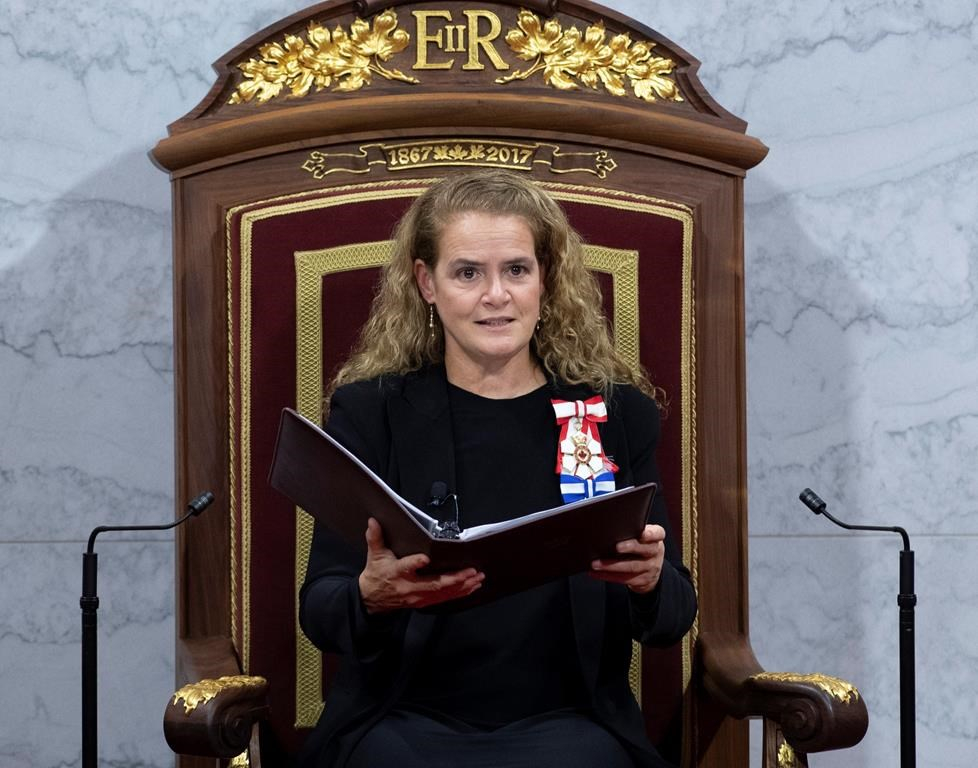 Allegations that Gov. Gen. Julie Payette mistreated staff members prompted calls for investigations of varying stripes on Wednesday, with one expert suggesting the matter should be dealt with quietly to preserve the integrity of the office.

NDP Leader Jagmeet Singh called on Prime Minister Justin Trudeau to investigate the matter, while one Liberal cabinet minister said it was the job of Rideau Hall to probe the complaints.

Meanwhile, Philippe Lagasse, an expert of Westminster-style democracy, said it was in the interest of the country for Trudeau and Payette's offices to resolve the matter behind closed doors to prevent more damage to the institution of the Governor General.

"Everybody's best option right now is to try to deal with the issue decisively but discreetly," said Lagasse, of the Norman Paterson School of International Affairs at Carleton University.

The controversy erupted after a CBC News report that quoted anonymous sources as saying Payette has created a toxic environment at Rideau Hall.

The CBC reported Tuesday that Payette had yelled at, belittled and publicly humiliated employees, reducing some to tears or prompting them to quit.

Workplaces need to be safe, and employees must feel they are heard when they raise concerns, said Singh.

"People should be able to feel safe to come forward. I think that's always a struggle for people," Singh added. "There needs to be some manner for someone independently to assess the complaints."

Allegations that Gov. Gen. Julie Payette mistreated staff members prompted calls for investigations of varying stripes on Wednesday, with one expert suggesting the matter should be dealt with quietly to preserve the integrity of the office.

Singh pressed Trudeau on the matter in the House of Commons but the prime minister did not specifically address it.

"Every Canadian has the right to a safe, secure workspace, free from harassment and that is extremely important," Trudeau said.

"That's why we moved forward on June 22 with announcements on strengthening the oversight in federally regulated agencies and environments, including the public service."

Earlier Wednesday, Trudeau did not take questions as he entered the Commons. The Prime Minister's Office declined Tuesday to answer questions about the report but said every Canadian has the right to work in a healthy, respectful and safe environment.

Lagasse said as long as new allegations don't surface against Payette and other parties don't pile on, the matter could be resolved without doing damage to the governor general's office.

But if the office is undermined, that would have ramifications if Payette were called upon to decide a dispute on who should form a government in a continuing minority parliament scenario.

If the Trudeau government were defeated in a confidence motion and the prime minister asked Payette to call an election but the opposition wanted to form a government, it would be a reasonable for Payette to side with Trudeau because it has been more than six months since the last election, said Lagasse.

"So, let's just imagine that in the subsequent election, the Conservatives had more seats, but the Liberals chose to stay in power," he added. "If there's any sense that somehow she's been placed in a position where she has to side with the current prime minister or anything to that effect, any perception of that would make her decision more difficult."

Economic Development Minister Melanie Joly, who used to oversee relations with Rideau Hall in her previous portfolio at Canadian Heritage, said she was surprised by the allegations, and she clung to the government's line that all workplaces should be harassment-free.

The CBC reported that Payette's secretary sent a memo to Rideau Hall employees on Wednesday promising to improve the working environment.

That followed a public statement Tuesday, which said Rideau Hall strongly believes in the importance of a healthy workplace, adding the CBC story stands in stark contrast to the reality of working at the Office of the Secretary to the Governor General.

"We deeply regret this reporting, which is in stark contrast to the reality of working at the OSGG, and obscures the important work done by our dedicated staff in honouring, representing, and showcasing Canadians," said the Rideau Hall statement.

Rideau Hall said it has "stringent internal processes for our employees to voice concerns" through its human resources department, an independent ombudsman, and its "excellent relationships" with the unions that represent employees.

"Since the beginning of the mandate, no formal complaint regarding harassment has been made through any of these channels," the statement said.

Rideau Hall said it has a lower turnover compared with other departments, and that one of the benefits of being in the public service is the ability to move to different departments.

The statement said that is "something that is personally encouraged by the Governor General, who believes that career growth and opportunity are vitally important."

Adam Vaughan, a Toronto Liberal MP, said a thorough investigation needs to take place but he said it was "tricky one" to decide who should lead it.

"The allegations are serious, and they deserve a serious response and a serious investigation."