Deutsche Bank won't back any new oilsands or coal projects 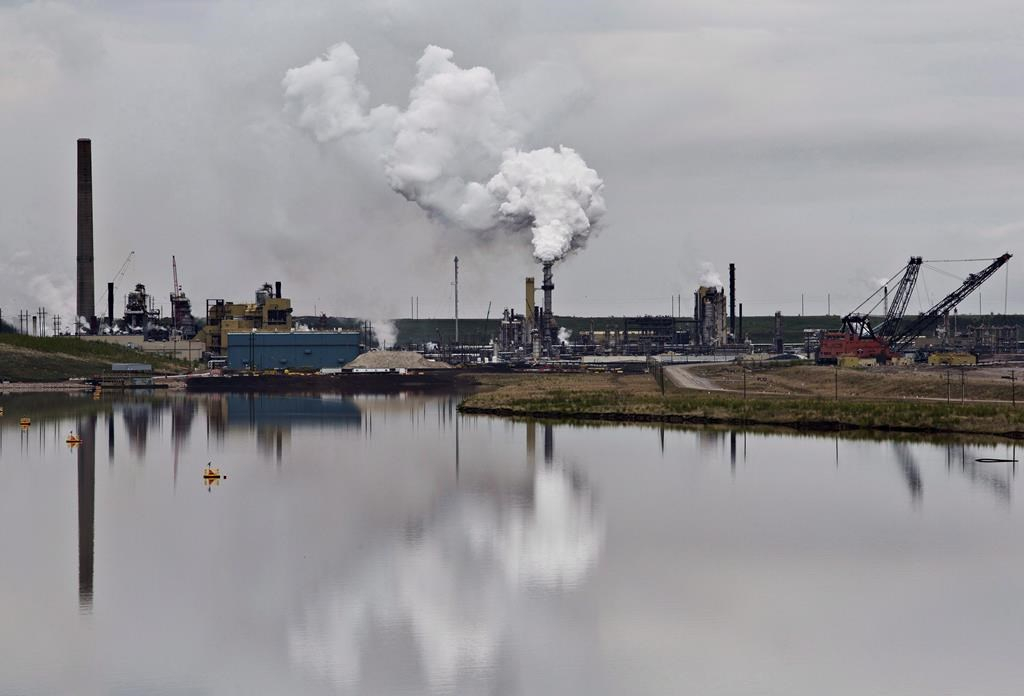 An oil sands extraction facility is reflected in a tailings pond near the city of Fort McMurray, Alberta on June 1, 2014. File photo by The Canadian Press/Jason Franson
Previous story
Next story

Frankfurt-based Deutsche Bank is joining a lengthening list of European lenders and insurance companies that say they won't back new oilsands projects.

The German bank said Monday its new fossil fuels policy will also prohibit investing in projects that use hydraulic fracturing or fracking in countries with scarce water supplies, and all new oil and gas projects in the Arctic region.

It says its ban on oilsands financing, effective immediately, will include exploration, production, transport or processing, seemingly including oilsands pipelines and upgraders or refineries.

The move was criticized by Ben Brunnen, vice-president of oilsands for the Canadian Association of Petroleum Producers in Calgary.

"Canadian oil and natural gas is sustainably developed in one of the most highly regulated jurisdictions in the world and the energy sector is the county's leading investor in environmental protection and innovation," he said in an emailed statement.

"Attempts to stifle Canadian production by restricting financing can have only one effect; countries with lower environmental standards — and in many cases lower social, human rights and governance standards — will fill the void."

He said an investment in Canadian energy is "a sustainable choice."

Two years ago, Europe's largest bank, HSBC Holdings plc, announced it would no longer offer financial services for new oilsands projects or pipelines, a move that led to producer Suncor Energy Inc. vowing to end all business with HSBC, including in its conventional oil operations in Europe.

"Deutsche Bank's updated fossil fuel policy is the latest warning shot telling us that doubling down on coal, oil and gas will sink our economy while destabilizing the climate," said Greenpeace Canada campaigner Keith Stewart on Monday.

"We still have time to protect the workers, communities and regions currently dependent on oil as we navigate this shift and ensure that all Canadians prosper in the new low-carbon economy."

Frankfurt-based Deutsche Bank is joining a lengthening list of European lenders and insurance companies that say they won't back new oilsands projects.

Deutsche Bank also said it will stop financing and capital markets transactions involving coal mining by 2025 after achieving a goal last year to reduce its loan exposure to coal-fired power plants by 20 per cent. It said it won't finance any new coal power plants.

The moves are part of a commitment to align its credit portfolios with the greenhouse gas reduction goals of the Paris Agreement, the bank said.

This report by The Canadian Press was first published July 27, 2020.

"...sustainably developed in one of the most highly regulated jurisdictions ... the energy sector is the country's leading investor in environmental protection and innovation..."
So where does GHG reduction and Paris Agreement goals figure in this? And do the CAPP execs even give a d*#m about our future?!

"So where does GHG reduction

"So where does GHG reduction and Paris Agreement goals figure in this? And do the CAPP execs even give a d*#m about our future?!"

Answer: It doesn't, and no.

Wow. The line to the exit

Wow. The line to the exit doors growing fast. France’s Total (one of the Big Five oil companies) pulling out was almost simultaneous with Deutsch Bank. Total also stated very clearly that its decision is based on current and near future world climate policies, and they loudly resigned from CAPP for these reasons and the fact it sees its future increasingly in renewables.

CAPP’s response was predictable. Ignore climate change while building its raft on the leaky logic that “someone else” will produce oil if their clients don’t. Well, that someone else will have to obtain financing too in a world with quickly-mounting policies to decarbonize and invest in renewables. The entire EU is one of the latest, and happens to be backing said policies with hundreds of billions of Euros in publicly-backed financing, not the least negotiated through Deutsch Bank.

The irony is almost painful to watch.

Well, it is about time

Well, it is about time Deutsche Bank grew a spine. They are going to be stiffed yet again by Trump so don't hold you breath that their virtue will continue.

CAPP, I can understand - all their eggs are in one basket - they have no choice and haven't put any muscle into renewable/sustainable enterprise - let alone cleaning up the gawdawful mess they have made of Canada's oil patch Of course, they have been coddled, pandered to and enabled by a series of craven Canadian politicians. Tough Love is what they need!

I asked for Green Bonds and lo and behold Trudeau picked up on it - no skin off his face if they don't fly . Based on his woeful performance to date, in order to sell these bonds he's going to have to swear on the bodies of his children that he won't divert the money raised to the fossil fuel fraudsters.