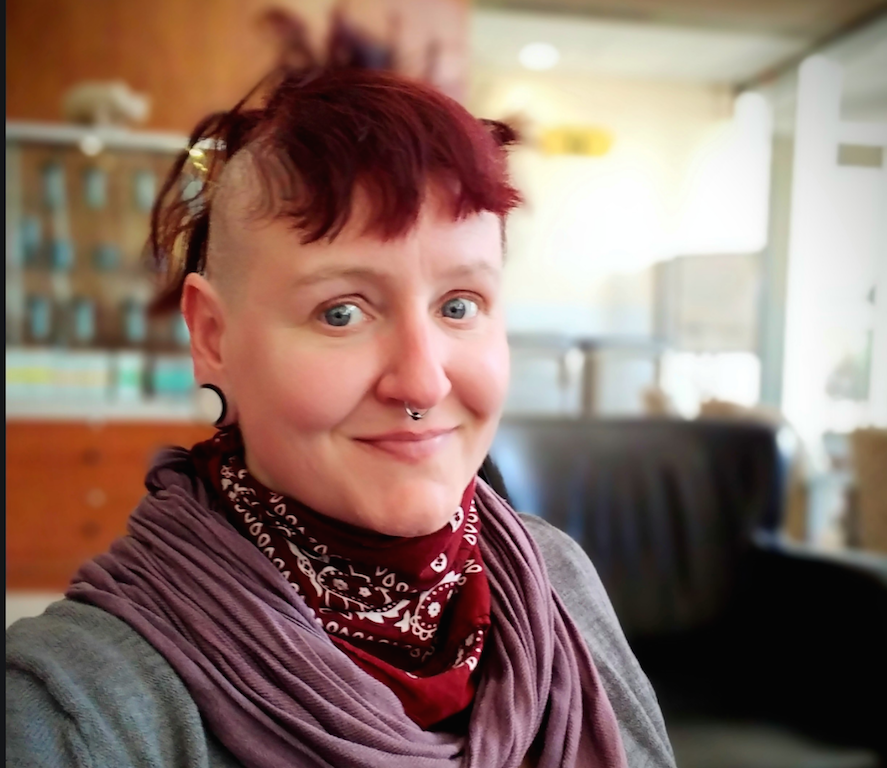 Calling it punitive and backwards, advocates want the B.C. government to rescind proposed legislation that would allow youth to be held in hospital against their will after a drug overdose.

But critics want it nixed entirely.

If passed, Bill 22 would change the Mental Health Act to allow medical staff to involuntarily detain youth in hospital for up to a week to stabilize them, to allow time to contact family, and to create a plan for treatment.

The amendment robs youth using illicit drugs the right to make decisions about their own treatment or care, Peterson said at a press conference Monday.

“All you're doing is creating greater barriers to access and care,” they said. “Making it so that overdose prevention is further away and less accessible to people that are already deemed at great risk of death and dying.”

Youth using drugs are already suffering from trauma, and enforced care will cause more harm and only frighten them from seeking health supports, Peterson said.

“And as far as I am concerned … our government has proclaimed youth do not deserve the same rights and protections as others.”

Mental Health and Addictions Minister Judy Darcy has drawn fire since announcing the prosed changes June 23, with critics citing lack of consultation, increased and adverse harms to the health of youth using drugs, along with the violation of their rights.

“And as far as I am concerned … our government has proclaimed youth do not deserve the same rights and protections as others,” Hawkfeather Peterson, president BC/Yukon Association of Drug War Survivors, calling for the repeal of Bill 22.

On Monday, Jennifer Charlesworth, B.C. Representative for Children and Youth, also expressed concern around resorting to coercive health care on youth to address the opioid overdose emergency in B.C.

The ministry proposed the amendment as one way to deal with the dramatic spike in illicit drug overdose deaths that have occurred during the pandemic.

June was B.C.’s deadliest month on record for overdose fatalities. A total of 175 people died, the latest toll in the declared public health emergency now entering its fifth year.

The province should provide more comprehensive and wrap-around services to youth using drugs and their families, particularly in their communities, Charlesworth said.

“I can appreciate that the Ministry of Mental Health is endeavoring to find ways to meet the needs of young people with significant substance use disorder,” Charlesworth said. But youth need to have some sense of control over their lives, including making decisions around substance use and their own treatment, she said.

“My perspective is that the focus needs to be on developing a robust array of voluntary services and supports,” said Charlesworth, citing significant gaps in service and long wait lists for existing programs.

“But we don’t have an adequate voluntary system of (treatment for) substance use.”

Stabilizing youth with substance use disorders in hospital involuntarily without having enough harm reduction, treatment or recovery programs in place for them and their loved ones when they were released is futile, Charlesworth said.

“Stabilization for what?” Charlesworth said. “If we really want to make a difference, we need to make sure we have the supports in place.”

As well, the ministry was criticized Monday for not consulting the groups most likely to be affected by the bill.

Kukpi7 Judy Wilson of the Union of BC Indian Chiefs said the proposed legislation was an example of the systemic and historical oppression of First Nations people.

“What Bill 22 will do is … put them in a punitive type system, where many of our Indigenous people have already experienced institutionalization, stemming from the forced genocide from residential schools,” Wilson said.

“It isn’t a reform, it’s a step backwards. So, the message to the province is there are no amendments that would make this bill salvageable.”

“There's a need for huge investment in detox and treatment,” she said, adding they should be developed in consultation with Indigenous people, culturally safe and take place in communities where people live.

“They should have consulted with people … especially with youth like us,” said Sedgemore, a member of 'Namgis First Nation with lived experience around substance use.

“Youth can be experts on what is going to affect them,” Sedgemore said, adding health authorities weren’t necessarily going to represent youth perspectives.

A premise of the proposed legislation is that there are loving family members and adequate supports waiting for a youth that has been detained in hospital, Sedgemore said. But that’s not the case for many youths, both Indigenous or not, who are in care and don’t a have support systems to rely on, Sedgemore said.

“It’s sad,” Sedgemore said. “But we need to recognize youth in care would be greatly impacted (by the legislation)… so you don’t go to a loving home or afterwards or anything like that.”

Due to a backlog of bills, the ministry wasn’t able to get Bill 22 through before the end of the legislative session, Darcy stated in an email to National Observer Monday.

The delay allows the ministry to do more consultation, Darcy wrote.

“This is a challenging topic and this does give us a chance to pause,” Darcy said.

“We’ll take this time to talk to more people about the work that we were already thinking about doing with our partners on safeguards in regulation to protect young people’s rights.”

The Bill 22 proposal was based on a pilot program running at BC Children’s Hospital and with advice of doctors who specialize in treating young people struggling with severe problematic substance use, the ministry said.

“This is just one piece of the work we’re doing. Our primary focus has always been building the voluntary system of care,” Darcy said.

The minister noted the province has established 19 Foundry youth centres, as well as building two new and upgrading six existing First Nations-run treatment centres, along with other measures.

“These have been challenging discussions, but we all have the same goal of protecting young people and ensuring they get trauma-informed, culturally safe care.”

I do agree that youth who

I do agree that youth who overdose need help and not a criminal record but I strongly disagree with involuntary commitment to a Psychiatric Ward is the right way to help them. Give them the option but absolutely do not force them. Society must look at the underlying problems such as alcoholism in the family, bad divorces and child custody battles, lack of consistent employment and adequate income for families, inadequate housing, foster care systems, child abuse etc. and try to correct them if we are ever going to minimise drug and alcohol addictions. Perhaps legalising drugs and removing the criminal element in the production and sale of drugs would help. Forced commitment is definitely not the answer.