By Jordan Press | News, Politics
#820 of 1611 articles from the Special Report: Coronavirus in Canada 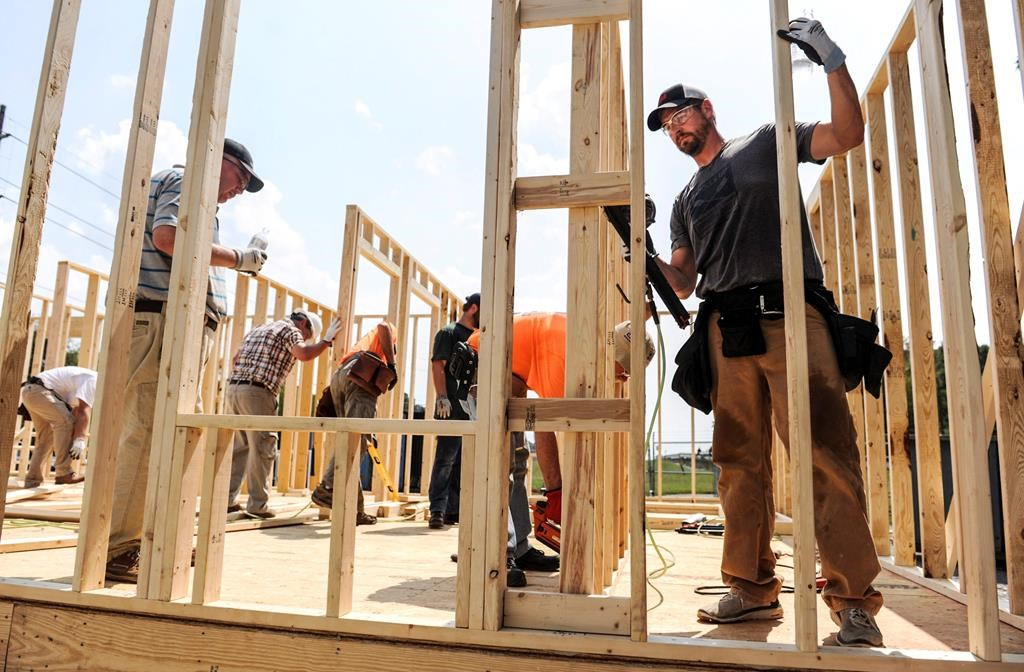 Workers build the frame of a Habitat for Humanity house as their United Way's Day of Caring project on Tuesday, Sept. 10, 2019, in Decatur, Ala. File photo by Jeronimo Nisa/The Decatur Daily via AP
Previous story
Next story

The pandemic has not been easy on a key source of revenue for Habit for Humanity — its social enterprise known as the ReStore.

The brick-and-mortar operations, like others in the country, closed during pandemic-related lockdowns, cutting into revenues at the same time that traditional donations dropped in line with the economic decline.

Already concerned about the pandemic's effect on donations, the sector faces a new concern: that controversy around the WE organization and its since-aborted deal with the Liberal government will erode trust in charities and the use of social enterprises many rely on to fund services.

Imagine Canada, a charity that promotes the work of the sector, estimates revenues have dropped by about one-third during the COVID-19 pandemic, as economic uncertainty and high unemployment made households cut discretionary spending.

The pandemic has only accelerated a years-long trend for many groups that have sought alternative revenue streams through the sale of goods and services.

Bruce MacDonald, Imagine Canada's chief executive, said about 48 per cent of charity revenues in Canada come from this earned income.

Revenues from anything not directly related to the charity's work would have to flow through a separate arm like a social enterprise similar to the ReStore.

"Sometimes charities set up other entities and those can be for-profit, they can be not-for-profit, so they can actually stay within the rules to earn that money," MacDonald said.

Those separate entities aren't usually subject to the same transparency rules as the charities themselves, he said.

In 2016, the Liberals allowed charities and amateur athletic associations to have limited involvement in a for-profit business without losing their charitable status.

The pandemic has not been easy on a key source of revenue for Habit for Humanity — its social enterprise known as the ReStore.

Two years later, a government-struck advisory board pushed the Liberals go further to promote the use of social enterprises with a series of recommendations that included making changes to the tax code to define when proceeds were promoting a charity's causes, and when they were advancing private interests.

The most recent figures from Habitat for Humanity showed that in 2019, the ReStores contributed almost $6.8 million to the charity. Revenues from the stores cover all operational costs in many cases, and help fund building homes and wraparound services to families learning to manage home ownership.

"This is terrible if people think there's a problem with social enterprise because it's the only way that we are able to achieve greater impact and some stability of financing," Julia Deans, chief executive of Habitat for Humanity Canada, said in an interview.

There were 110 ReStores pre-pandemic. Two didn't survive the lockdowns — one in Dartmouth, N.S. and the other near Victoria, B.C.

During four hours of testimony before the House of Commons finance committee last week, WE co-founders Craig and Marc Kielburger noted they started ME to WE social enterprise to not run afoul of Canada Revenue Agency rules. They told the committee under oath that 100 per cent of profits went back to the charitable side.

MacDonald said the WE organization's complicated structure with multiple foundations and arms isn't representative of the sector.

He said there is concern that donors will pull back on giving money, or volunteers their time, due to a lack of trust in how their efforts are used as more questionable details about the WE organization emerge.

"And let's face it, trust in our sector is paramount," MacDonald said.

Another worry is that governments will hesitate to partner with charities over political concerns. Ontario that announced last week it will not renew a contract for WE to operate a program in schools after questions about its structure and operations.

Habitat for Humanity is looking ahead to more changes to the ReStore, which sells extra material from build sites or unwanted inventory from suppliers, including more curbside service and e-commerce opportunities spurred in response to the lockdowns.

"We're all focused on where we live because we spend so much time there and there's a bigger interest in thrift shopping because we're all being much more economical," Deans said.

"So this is actually a good moment for ReStores to be there to meet community needs and to help out."

This report by The Canadian Press was first published Aug. 3, 2020.