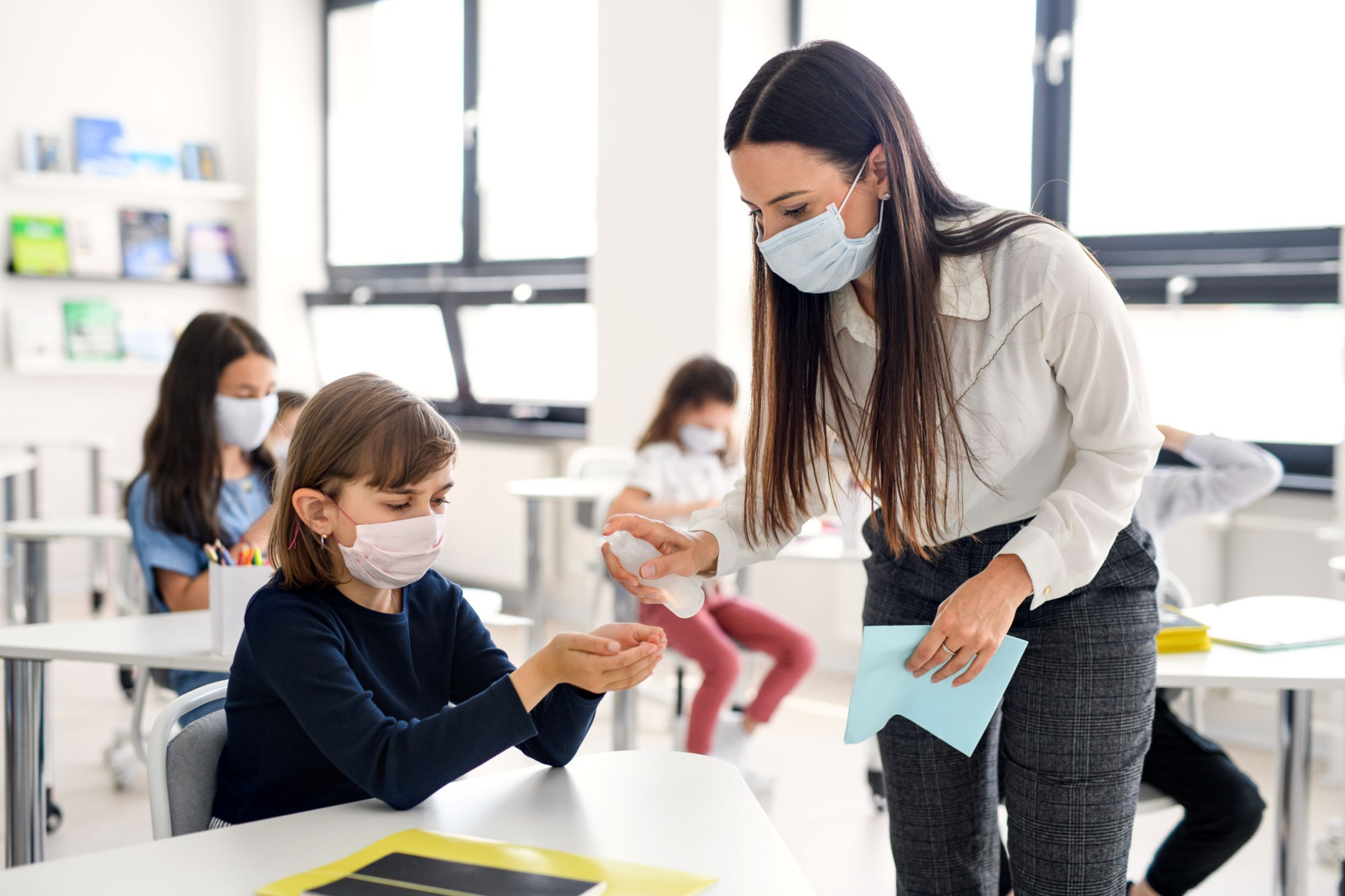 A teacher and children wearing face masks in a classroom. Photo by Halfpoint / Shutterstock
Previous story
Next story

Ontario's Labour Ministry says it will be a “neutral party” between the province’s Education Ministry and education workers concerned about school safety and that its inspectors will make decisions on a case-by-case basis.

“We do not set education standards. Enforcement is site specific. It would be inappropriate to issue broad orders,” Bradley Metlin, a spokesperson for Labour Minister Monte McNaughton, said in an emailed summary of a meeting the minister held with union leaders on Monday.

The Labour Ministry said its inspectors were currently engaging with the union- and employer-affiliated co-chairs of school health and safety committees across Ontario and consulting medical experts through the government’s COVID-19 Advisory Team to ensure provincewide consistency.

The four unions at the meeting represent 190,000 teachers and education workers in English-language public elementary and secondary schools, Catholic schools and French-language schools across the province.

They had requested the meeting earlier this month after the Education Ministry unveiled a reopening plan that the unions said failed to protect the health and safety of school workers and students.

The unions said following the meeting that they were unsatisfied with the minister’s lack of commitment to address concerns related to class sizes, the lack of cohorting requirements for teachers and education workers and standards for ventilation and transportation.

A communique the four unions sent to their members, which Canada's National Observer obtained on Tuesday, said they had given the Labour Ministry until Friday to respond to their specific demands around safety, or they would take their concerns to the Ontario Labour Relations Board.

Those demands include that class sizes be kept to no more than 20 students and cohort maximums be capped at 50 for all education workers as well as students, as well as adherence to ventilation standards created by the American Society of Heating, Refrigerating and Air-Conditioning Engineers.

“We asked him, what standards do you have for ventilation, they had none,” said Harvey Bischof, the president of OSSTF. “There's a standard out there for busing, they are not following that standard.”

“We asked him what inspectors are communicating or looking for, and the fact is there is absolutely no yardstick against which they are measuring compliance,” he said.

The letter noted that Minister McNaughton and his staff had emphasized the use of personal protective equipment, but that it was considered much less effective as a protective measure than adequate distancing, cohorting and ventilation.

“We are looking for the same standards around personal protective equipment, physical distancing, hand sanitation and ventilation to be applied in schools as they are elsewhere in the province,” said Liz Stuart, president of the OECTA.

“We look forward to receiving a response from the Ministry of Labour to our specific requests in the coming days,” she added.

Well of course the Ministry

Well of course the Ministry of Labor is impartial: it's hardly as though the Minister's boss is the Premier.
What they're "neutral" about is exposing kids and teachers to danger. Why does he think parents with enough money are grouping together and hiring teachers themselves. And I wonder when that's happening, where he thinks he's going to hire teachers *from*!!
(Standards are red tape, don'cha know.)
And Ford used to be in City government in Toronto: he knows full well that some of the schools are over a hundred years old, and don't *have* ventilation systems!!!
Yet he runs costly ads on TV, claiming all's in accord with "public health standards." Next thing you know, the city's Chief Medical Officer of Public Health indicates there *are* no standards ...
"We're all in this together," she says: well, we're not any more. Almost 2800 of us are dead, nearly half in our fair city, and nearly half of all the dead were amongst "our precious seniors." No standards for care homes. No inspections.
...
And the sky didn't cave in: the government didn't disappear, everyone's still got their jobs and their operating licenses (what's a few deaths here and there, eh?) ... so what's with these snivelling teachers, wanting *standards*???