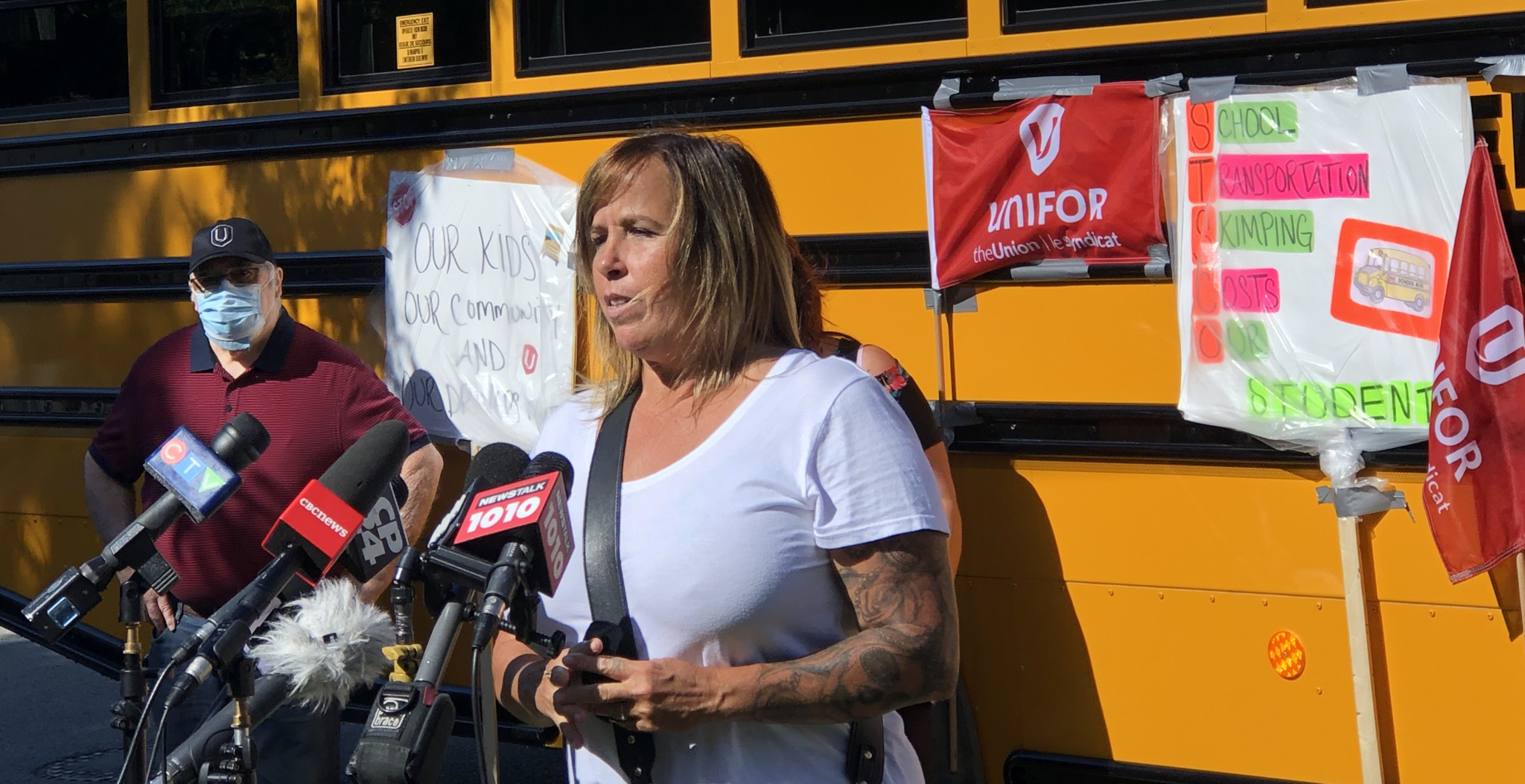 School bus drivers say that with just weeks to go until a return to classes in Ontario they are still in the dark about the measures being taken to ensure they can safely transport students.

Michelle Lavallee, an elementary school bus driver in Bowmanville in the Durham region outside Toronto, says she won’t know her route or how many students will be on it until Sept. 3, but that another driver she knows has been told she will be driving 74 children on a 72-seat bus.

“It really makes no sense to me, because the schools are going to be cohorting, the parents and children have been told when they're at the bus stops that they need to social distance, yet when they get on the bus they’re going to be shoulder-to-shoulder,” Lavallee said in a phone interview.

The 14-year veteran says her employer has yet to receive personal protective equipment promised by the Ford government and she is undecided on whether to return.

“It's hard for me to say right now if I will be returning because I don't know what I am returning to,” she said. “I think a school bus needs to be treated as any other indoor space is being treated.”

Lavallee and other bus drivers join teachers, parents, students and teachers’ unions in raising the alarm about what they say are the Ford government’s inadequate measures to keep students and workers safe from the COVID-19 virus that has kept schools shuttered since March.

"Many of our drivers are senior citizens, more vulnerable to the virus, and right now they're telling me that they feel like sitting ducks," said Debbie Montgomery, the head of the Unifor union’s local unit representing some of the drivers.

The government has set aside $40 million to cover the cost for extra cleaning of school buses and personal protective equipment for drivers across the province. It will also provide $4 million to boost cleaning protocols in schools and on buses.

Those funds are part of a $309 million allocation that critics say is nowhere near enough to ensure the physical distancing and other measures recommended to limit the spread of COVID-19.

The government has also said school boards can dip into reserve funds to better prepare for the challenges of the new school year, and that these funds could be used to make student transportation safer.

Several boards have pointing out those funds are already earmarked for other essential projects including major building upgrades.