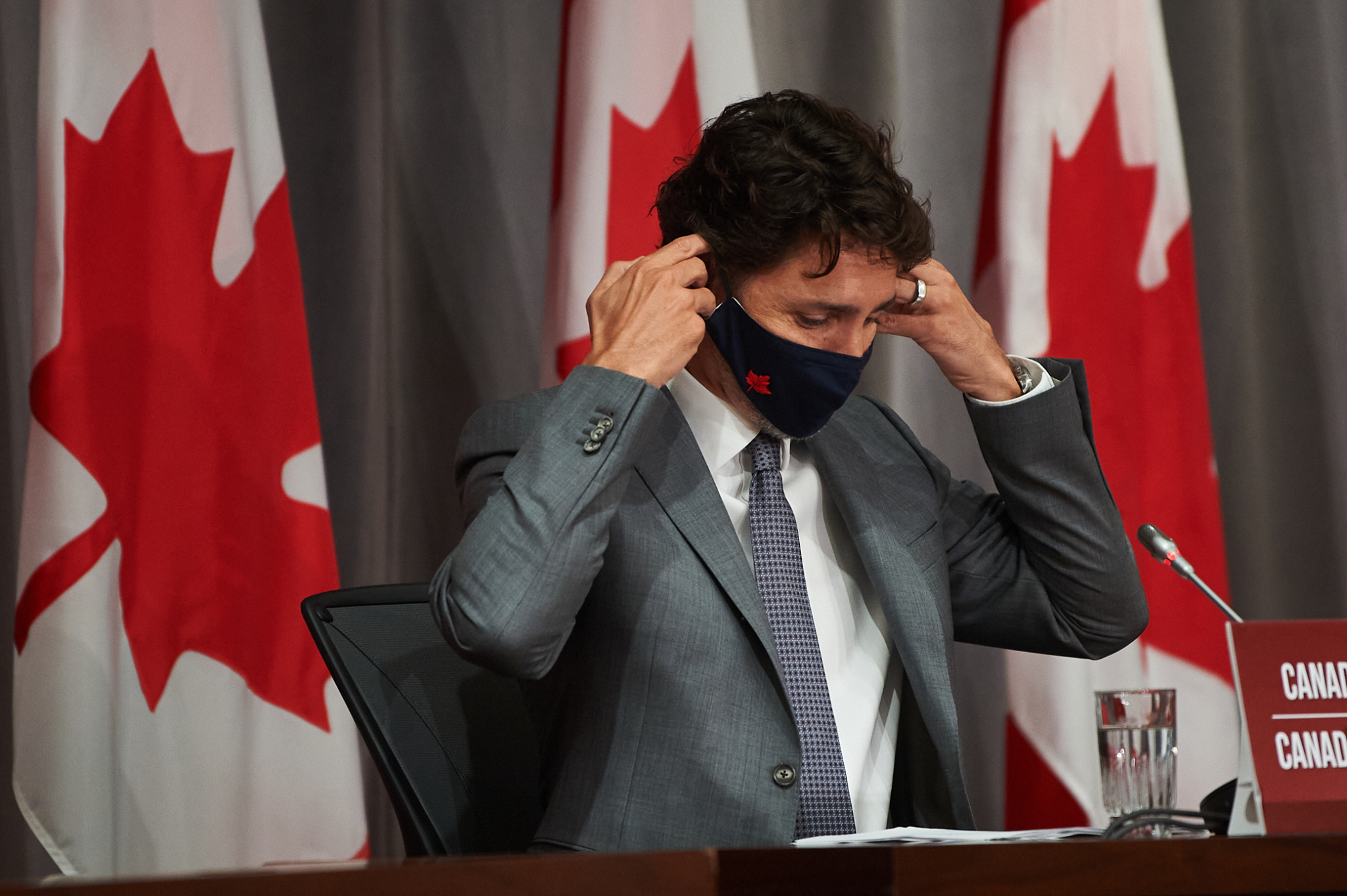 In total, Ottawa is sending $2 billion to the provinces as part of its new “Safe Return to Class Fund.” Trudeau sidestepped questions about whether the cash infusion implies that the federal government doesn't feel provincial back-to-school plans are adequate.

“Parents were still concerned. We said, 'Let's give the provinces even more resources,'” Trudeau said, adding that Ottawa respects that education is a provincial responsibility.

“What (the provinces) choose to do will be up to them.”

Ottawa has “no intention” to interfere with provincial plans, Trudeau said. The funding announcement is a top-up, which can be used for everything from protective supplies and hand sanitizer to online learning and ventilation system upgrades. Half of the funding — allocated based on student population — will be available for the fall, while the other half will flow early next year.

“We wanted to make sure that resources weren't an overly limiting factor,” Trudeau said.

“When it comes to keeping our kids safe, we're all in this together,” he said.

The Ontario provincial and federal NDP said that money should have come months ago and must be leveraged to shrink the number of students in classrooms.

In late July, the Ford government set aside just over $300 million in additional funding to help schools across the province deal with the safety risks associated with reopening while COVID-19 remains a serious public health crisis. That plan will see many high school students attend class part-time to reduce numbers, while elementary school classes were kept at pre-pandemic sizes.

Federal NDP Leader Jagmeet Singh, speaking at a news conference in Toronto with Ontario NDP education critic Marit Stiles, said Wednesday that the federal government had been distracted by its own troubles, and should have known it would need to step in to help provinces safely reopen schools.

“Now we're just weeks away from schools starting,” he said. “This should have happened months ago, and we've been calling for this for months.”

Trudeau didn't answer questions Wednesday about why Ottawa didn't send the funding sooner. But he said the money is intended to help schools manage a possible second wave of COVID-19 this fall, or to help with other measures that may not have been top priority as governments have scrambled to set plans for September.

Stiles said Ottawa should place conditions on the funding and ask the provinces to shrink class sizes.

“We need to cut class sizes and certainly we would like to see the provincial government here actually pony up and do better than what is their bargain-basement scheme to deal with COVID-19 in our classrooms,” she said.

No such conditions were listed in Ottawa's initial outline of the plan, but Trudeau said the provinces would have to report to the federal government on how they used the first half of the funding in order to receive the second.

Ontario is also setting aside $50 million for any “any future pandemic learning needs,” the province said in the statement.

Ontario Green Party Leader Mike Schreiner said he wanted to see the Ford government match its allocation of the federal funds, and that the amount allocated showed that “our starvation diet of just over $300 million to return kids to class shows us how inadequate that sum has been all along.”

“We need more teachers, better ventilation systems, alternative learning environments, upgraded take home devices, safe school buses and PPE for all who work and learn in our schools,” he said.

“Ottawa is coming to the premier’s rescue because they had to,” Schreiner said. “It was clear he wasn’t going to do it himself.”