NDP suggests how Liberals should reallocate $900 million in WE funds 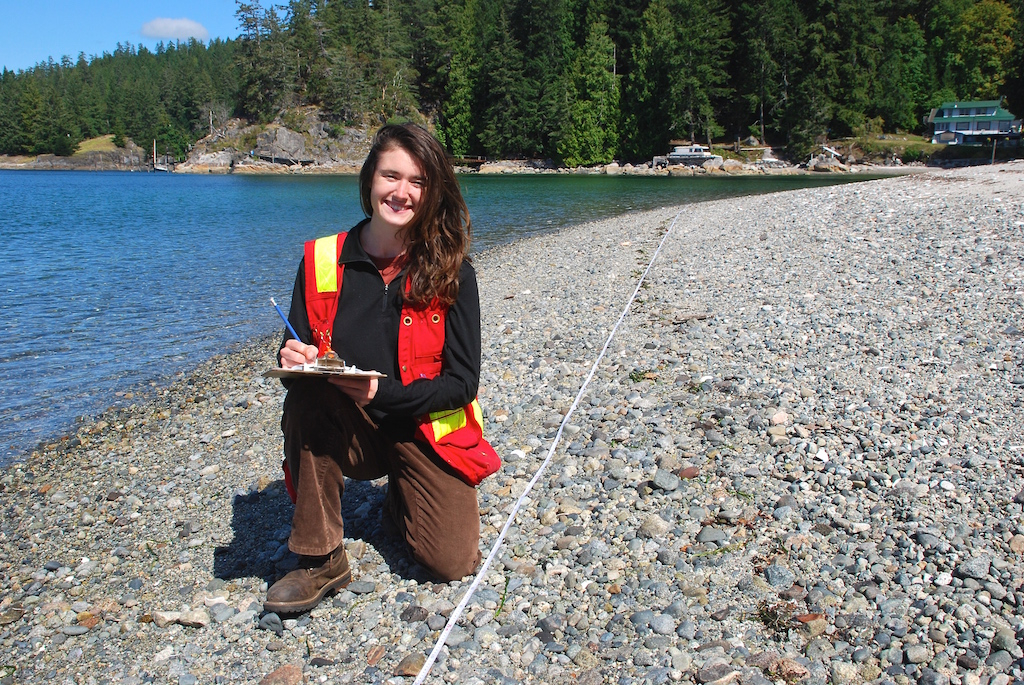 Autumn Barrett-Morgan is working on Cortes Island doing work in her field after being hired through the Canada Summer Jobs program. Photo supplied by Helen Hall
Previous story
Next story

The NDP's party whip wants Ottawa to take the $900-million budget for WE Charity’s now infamous and defunct volunteer initiative and distribute it to another federal youth program.

It’s not too late to use the funds to employ youth and support businesses and community groups across the country that are struggling economically during the pandemic, said Rachel Blaney, MP for North Island-Powell River.

“We are reminding (the Liberals) that they have avenues to do it if they really care about young people and communities across this country,” Blaney told Canada’s National Observer.

“And we hope they will look at them.”

Blaney wants the federal government to funnel the shelved WE funds into the Canada Summer Jobs (CSJ) program, a wage subsidy plan for employers who hire youth and one that is already operational, Blaney said.

In her riding alone, she said there is a $530,000 allocation gap in unmet demand by employers whose CSJ applications didn’t get approved by Ottawa.

This represents good jobs for students that haven’t been created, Blaney stated in a letter to the federal ministers of finance, employment and youth on Aug. 21.

The pandemic has laid waste to work opportunities for young people.

“We are reminding (the Liberals) that they have avenues to do it if they really care about young people and communities across this country,” MP Rachel Blaney calls on Ottawa to help students by pushing $900 WE budget to Canada Summer Jobs program.

The student employment rate fell by 23.6 percentage points for youth aged 20 to 24 from February to April of this year, according to Statistics Canada data.

And more one-third (35 per cent) of students surveyed reported that their work placements were cancelled or delayed due to the pandemic, said Statistics Canada,

The lack of employment for students is likely compounding their debt loads or ability to repay loans, the federal agency added.

Using the CSJ program is a practical solution to alleviate youth unemployment and support community businesses and organizations at the same time, Blaney said.

The infrastructure and applicants are already in place, so the federal government could get funds to the people who need them quickly, Blaney added.

“When you’re in the middle of a pandemic, using (programs) that already work just makes sense,” she said.

Blaney said she doesn’t fully understand why the federal government tried to set up a new youth engagement program when it had a publicly administered one already in place.

WE Charity, a Toronto-based organization, was slated to run the proposed multimillion-dollar Canada Student Service Grant (CSSG) program, which encouraged students to volunteer during the pandemic.

However, the project was cancelled and the federal government prorogued Parliament after controversy erupted due to Prime Minister Justin Trudeau and former finance minister Bill Morneau families’ ties to the youth charity.

Blaney said CSJ funding would benefit students in her riding who aren’t returning to post-secondary education this fall and are looking for work.

The federal employment or finance ministries did not provide comment or clarify how the WE funds will be used in the future before the National Observer’s publication deadline.

However, last week the finance and employment ministries confirmed CESB will expire as planned at the end of August.

The ministries did not clarify if students could expect any further financial supports moving forward — despite extending CERB for four weeks before transitioning eligible workers to new EI schemes for another year starting Sept. 27.

The federal government had already modified and expanded the CSJ program in response to the pandemic.

Employers approved for CSJ funding were eligible for wage subsidies of up to 100 per cent of the minimum wage in their region, up from a 50 per cent wage subsidy in years prior.

They could also hire part-time employees as opposed to just offering full-time positions, as was required in the past.

And though the youth employment program typically covers the whole summer, this year, eligible employers could offer positions until Feb. 28, 2021.

Helen Hall, executive director of the Friends of Cortes Island Society (FOCI), said the federal summer jobs program has been invaluable to the community organization.

“We find ... having a person during the summer is really, really helpful to the organization,” said Hall, adding the new and flexible measures offered by the federal government were a welcome bonus.

FOCI is a predominately volunteer-based charitable organization and has been active for more than 25 years on Cortes Island, B.C. The small organization off the east coast of Vancouver Island works to monitor and preserve the island’s ecosystems and provides educational programs to increase understanding of the natural environment.

“Basically, the (program) enables us to do work we couldn’t otherwise do because we don’t have the resources,” Hall said, adding program applicants must hire people aged 15 to 30 years old.

Autumn Barrett-Morgan was hired by FOCI through the CSJ program.

“I'm really grateful,” said the 26-year-old ecosystem management technician. “There are definitely other organizations on the island doing (ecological) work, but none with the funding to actually hire me.”

Her summer job helps her get valuable paid work experience that reflects her post-secondary training, Barrett-Morgan said, adding without the opportunity, she’d likely try to find work as a gardener or in the service industry.

The CSJ program also gives students an opportunity to try different jobs to see what might interest them as a career or to learn more about a specific employer, she added.

“People can dive a little bit deeper into some of the local organizations that they're interested in,” Barrett-Morgan said.

She said the program provided her with quality employment and allowed her to remain in her small island community.

“I think it’s important to have a more tangible experience in my field, especially because it’s rooted in a place that I call home right now.”