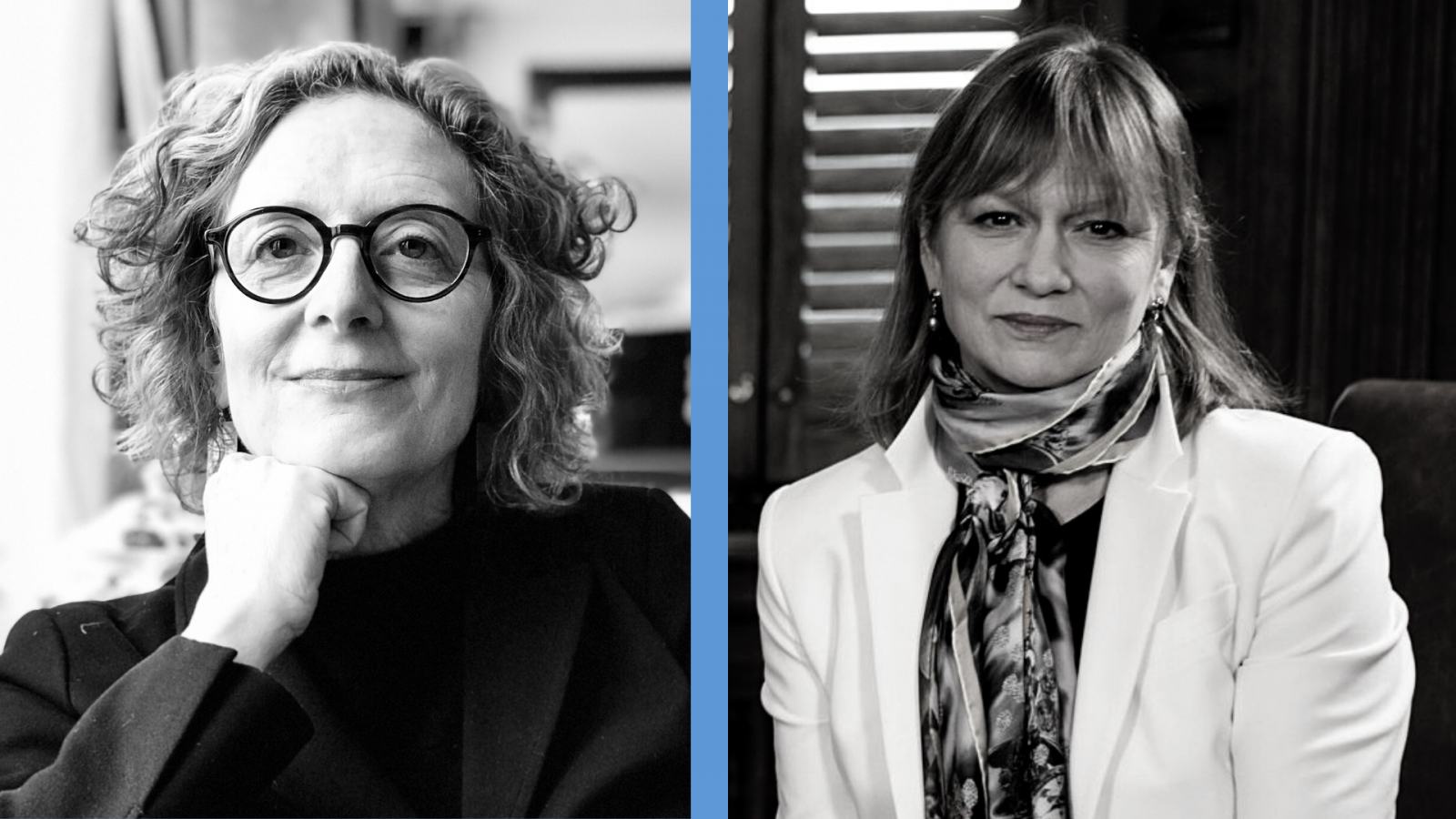 If Donald Trump is re-elected in November, "we're going to see an America that no one has ever seen in history," argued national affairs columnist Sandy Garossino on Friday. But despite that, there may be a few glimmers of hope, she argued.

While there have historically been American factions that leaned towards the far-right and authoritarianism, she argued what's new is the "overt lawlessness" and even "criminality" embedded inside the White House, nor the President's rhetoric alleging the Democrats want to "destroy America," and burn its cities to the ground.

"What alarmed a lot of people and still alarms me is how lawless it all is," Garossino told Canada's National Observer editor-in-chief Linda Solomon Wood in a live web-conference on Friday. "This (Republican) convention signaled … that Trump has now entirely and completely distanced himself from the rule of law, and he’s got an Attorney General who is going to be his accomplice.

"If he’s reelected, we’re going to see an America that no one has ever seen in history. That’s alarming people enormously."

On Thursday, Trump was acclaimed for the Republican Party's presidential nomination, in a speech riddled with blatant falsehoods and extreme rhetoric on the White House lawn — breaking with convention that has prevented politicians using federal buildings as partisan backdrops.

President Trump accused his rival, Democrat nominee and former Vice-President Joe Biden, of being "the destroyer of American greatness." Biden was nominated on Aug. 10.

"If the Democrat Party wants to stand with anarchists, agitators, rioters, looters and flag burners, that is up to them," Trump intoned. "The Republican Party will remain the voice of the patriotic heroes who keep America safe."

But Garossino and Solomon Wood, who is a dual citizen, said there are some glimmers of hope and reminded viewers of the millions of Americans who are aghast and outraged by the President's actions and rhetoric.

If #Trump reelected in #USelection, "We’re going to see an America that no one has ever seen in history,' warns @Garossino, national affairs columnist with @NatObserver #uspoli

Solomon Wood, who emigrated from the U.S. in 2001 — following the Sept. 11 terrorist attacks under the George W. Bush administration — reminded viewers that the majority of Americans are not at all sympathetic with the extremism she saw in the Republican National Convention this week.

But Solomon Wood, formerly a journalist at The Tennessean, expressed particular alarm at the RNC convention's overt display of Evangelical fundamentalist religion and rhetoric.

"As a dual citizen, and somebody who spent most of my life in America — in the South even — that breakdown of church and state was just stunning," she said. "I watched most of it … we saw a level of religiosity really embracing Christian fundamentalist rhetoric.

"The whole idea of division between church and state just crashed down. I was still shocked by how much of it was totally blatant."

But Garossino said there are some signs of hope that should be kept in mind, although not embraced complacently. For one, month after month of U.S. opinion polls — even the right-wing Fox News-commissioned ones — show Biden leading Trump by wide margins. And while "Biden has a lot of work to do" to escape the margins of error, he's at this point clearly ahead in the dense suburbs and densest cities.

And Trump's ratings dropped by millions for his widely anticipated RNC speech Thursday from his nomination speech in 2016, Solomon Wood noted. And polls suggest the far-right base Trump depends on is not reflective of the majority of Americans, Garossino agreed. Even extremists' seemingly immense popularity on Facebook may not even be accurate, given that the social media giant has admitting twisting statistics in the past, she argued.

But looming over the entire election campaign, of course, is the COVID-19 pandemic that has devastated the U.S. economy, thrown millions into unemployment — and, perversely during the worse health emergency in a century, lost millions their employment-tied health insurance.

Garossino believes Trump's blaming Biden for Black Lives Matter protests, and anti-police rioting, is actually a sign of "desperation" — and perhaps fear the Republicans have so far failed to effectively tarnish their opponent in the minds of millions of undecided voters they need to break out of Trump's hardline base.

While Trump came under fire from his usual critics for using the White House as his partisan backdrop, the biggest backdrop of all — one that could carry the election, Garossino argued — is that the U.S. has neared 190,000 of the world’s 840,000 killed by the coronavirus, totaling six million cases. That's one-in-four of the world's cases, even though the U.S. makes up just four per cent of the global population.

One-in-ten American workers are now unemployed, many losing health insurance as a result during a massive health emergency.

"What’s really going on in America is all about COVID-19," Garossino said. "How many people are home suffering, needing some kind of assistance from their government.

"What is really shocking … is that Americans losing jobs are also losing health insurance; that is an unthinkable outcome. If Donald Trump is reelected, the U.S. is going to continue on this path until there is a vaccine that's not only widely available but widely accepted and used."

But for Garossino, a Republican victory is not only about the White House — but also control of the Senate, Congress, and most importantly Supreme Court judge appointments. One new far-right judge could tilt the balance of constitutional cases for decades to come.

"My biggest concern is I want to see (Associate Justice) Ruth Bader Ginsburg make it to Jan. 20, 2021," Garossino said. "Everything hinges on that … they can control judicial appointments, everything depends on that."

At age 87, Bader Ginsburg — a progressive appointed by former Democratic President Bill Clinton — is by far the oldest judge on the Supreme Court, which is a lifetime appointment. The second oldest justice is also a Clinton nominee. Yet while presidents have the right to appoint judges to the top court, Republicans used procedural wrangling to prevent Barack Obama from doing so.

Some Republican-appointed judges have recently sided against Trump's stance on LGBTQ and immigrant rights, and Christian schools. But if Trump is allowed to appoint another rightwing justice, it would tip the scales.

"If he gets another appointment, he can overrule them," Garossino said. "And don’t think he won’t demand loyalty."

If that happens, Solomon Wood speculated, "That's a new day in America."

Sandy Garossino is national affairs columnist with Canada's National Observer, and before that spent decades as a Crown prosecutor and trial lawyer. This interview is part of Conversations with Linda Solomon Wood, sponsored by Canada's National Observer. Conversations features topics around COVID-19, the economy, politics and climate change. If you'd like advanced notice about our fall line-up, subscribe here. To see the entire series of interviews in the Conversations series on video, head over to our YouTube channel.

Correction: an earlier version of the article suggested 840,000 had been killed by the coronavirus in the U.S. The story has been corrected to reflect that the number represents the global total.

I'm really beginning to understand how the Finns have felt for the last seventy years being next to Russia.

Trump is so close to being a

Trump is so close to being a fascist that it is absolutely frightening Those who vote for him are likely not totally aware of the danger democracy is in in the USA. He protects only the very cynical wealthy who all feel they are above the law and can buy *justice* for themselves. What a terrible way for a country to divide and quite possibly explode.

The American privileged class. "Privilege" from the Latin "private" + "law".

"Although there is no coherent body of political doctrine associated with Fascism, it tends to include a belief in the supremacy of one national or ethnic group over others, a contempt for democracy, an insistence on obedience to a powerful and absolute leader, and a strong demagogic approach" (Oxford English Reference Dictionary, 1996). What's the evidence that Trump is NOT a fascist?

Trump bears every resemblance to fascism in an all- American replication of it. Here are the "other": illegitimate humans rounded up in armed cages and camps, including little children so shocked and parentless that 11 and 12 year olds are comforting them. Here are his erratic yet systematic lies, repeated and swallowed by a captured press that it has not yet dared to use the 'L' word, " as in: "...at a press conference this morning, President Trump once again lied about..."
Here is his nauseating "patriotism", conjoined with endless flags and other insubstantial and visible paraphernalia. Pomp. Armed rallies. Here is the glorification of violence for his own ends.
"Joe" Ridin' With Biden insists on describing Donald's Hitlerian rants by stating, "President Trump today stated that..." Hitler, I suppose, was called Herr to the very end.
America is led by a rogue elephant no less fanatic, calculating, racist and divisive than other standard autocrats. No wonder he's heating up hostility with China. It deflects from his deep amity, even identity, with Vladimir Putin, the man who likely pulled many dark strings for Trump to assist his placement in the White House today.