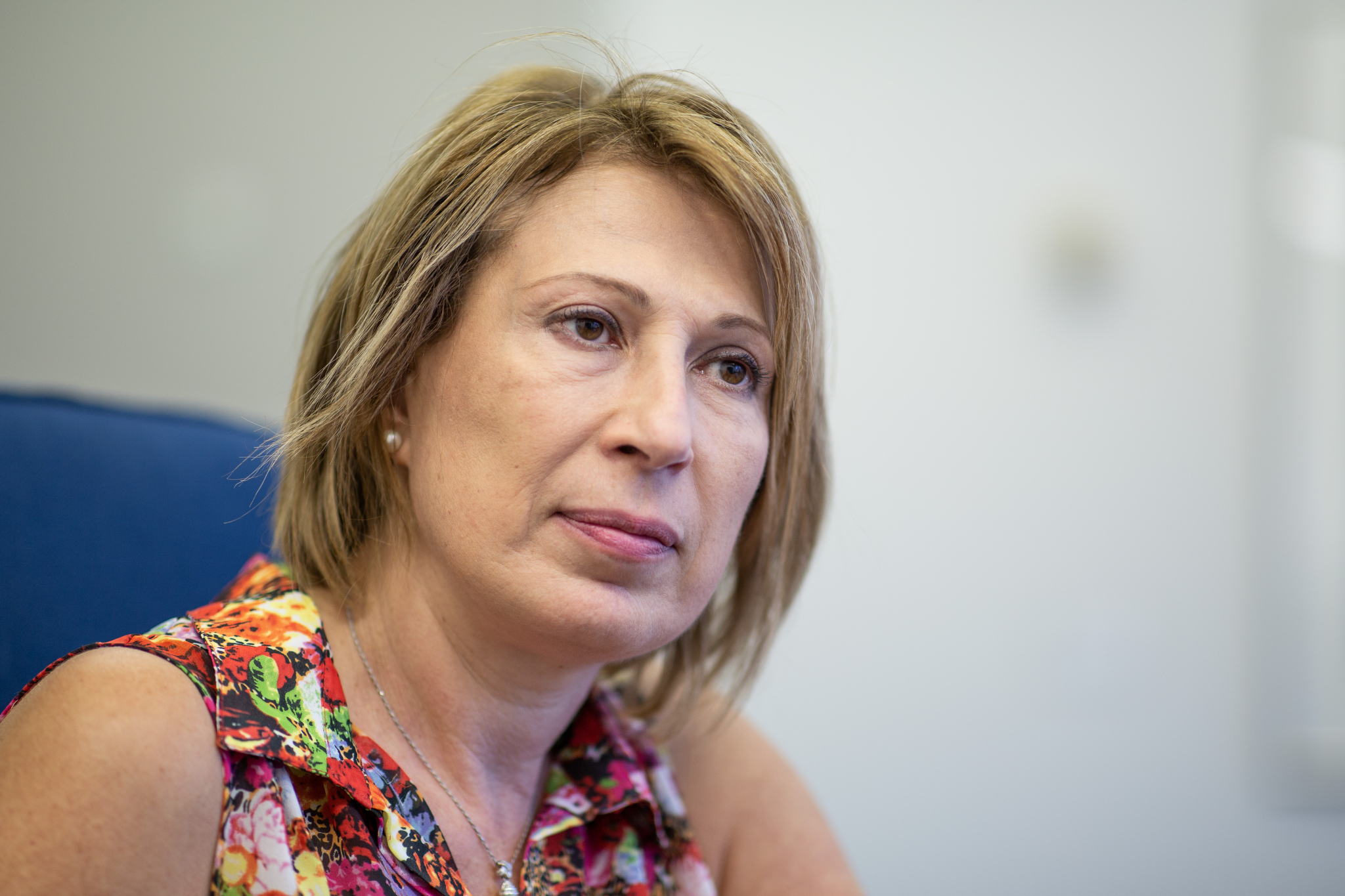 Canada's scientific community is calling on Prime Minister Justin Trudeau's government to enshrine its federal science adviser in law, saying it is crucial that the country has the right tools at hand to cope with the uncertain future it faces from COVID-19 and the climate crisis.

Chief Science Advisor Mona Nemer plays several prominent roles in the government’s COVID-19 response, from proposing and stickhandling the virus research network CanCOVID, to working as a leader in the government-funded Immunity Task Force, and providing comments to cabinet members and parliamentarians on the pandemic, among other responsibilities.

But Nemer’s three-year term is coming to a close on Sept. 24, 2020, and the government is staying quiet as to what will happen to her office after her term expires. A years-old order-in-council laying out her mandate only mentions the possibility of renewal.

“Information regarding the position of Chief Science Advisor will be made available in due course,” said Privy Council Office spokesperson Pierre-Alain Bujold in an emailed response to questions on Monday from Canada's National Observer. Nemer's office declined comment.

On Sept. 14, the organization Evidence for Democracy released an open letter from “over 2,000 scientists and science supporters” it sent to Trudeau, Finance Minister Chrystia Freeland and Industry Minister Navdeep Bains calling for Nemer’s role to be put into legislation.

“We’ve faced unprecedented challenges this year, and as we continue into an uncertain future, this response sends a strong message that the public wants science advice to continue playing a meaningful role in the federal decision-making landscape in Canada,” said Kimberly Girling, interim executive director of Evidence for Democracy.

The group said the lack of communication over the position is creating uncertainty during a “critical time,” as Ottawa faces major upcoming decisions on both the pandemic and the climate crisis. The letter points out that Nemer’s mandate has not been updated since 2017, despite the fact that “COVID-19 presents new threats that will need to be addressed with novel solutions.”

The lack of an updated mandate also makes the role “vulnerable to future cuts or changes in government,” it stated. “As well, there have been no budget boosts to the office in light of the new challenges and responsibilities the office is facing.”

An @E4Dca open letter is calling on the Trudeau govt to enshrine its science adviser in law, saying it is crucial that the country has the right tools at hand to cope with the uncertain future it faces from COVID-19 and the climate crisis.

Evidence for Democracy wants to see an additional $2-million annual injection for Nemer’s office, effectively doubling what it was set at initially in 2017.

The letter also calls for the adviser to take on the job of developing a “national science and technology strategy,” bringing in the provinces, territories and Indigenous governments, as well as supporting equity, diversity and inclusion work, integrating Indigenous knowledge and “maintaining a science and technology lens” in the COVID-19 recovery.

The request comes on the heels of another call from the Registered Nurses Association of Ontario asking Trudeau to reinstate the role of a national chief nursing officer.

Long, complex history of the role

The call to make Nemer’s role permanent has been voiced by Canadian scientists for years. A December 2018 position paper from the Royal Society of Canada, for example, specifically recommended that the chief science adviser “be formally recognized as the government’s key interlocutor connecting external science and government, and that this role be embodied in legislation.”

As the Royal Society pointed out, dating back to the 1960s, the federal government has created a chief science adviser role in a “series of arrangements that never lasted more than a few years.”

The former Stephen Harper government’s decision to close the office of the former national science adviser in 2008 helped lay the groundwork for a 2015 campaign promise by the Liberals to create a chief science officer that would help ensure government scientists could speak freely about their work.

According to a five-year investigation by the federal information commissioner that wrapped up in 2018, the Harper government had also broken its own rules meant to inform the public at six government bodies, including Environment and Climate Change Canada, Fisheries and Oceans Canada and Natural Resources Canada.

Trudeau took until September 2017, almost two years into his majority government, to appoint Nemer to the position, following a search for the right candidate. When he introduced her to Canadians, Trudeau portrayed the move as helping fulfil a promise to “do more to promote science and to let evidence guide the decisions we make as a government.”

But the open letter points out that the federal landscape has changed considerably since 2017. For one, while Nemer was originally an adviser to both Trudeau and the former minister of science, the Liberals disappointed the scientific community when they dropped the dedicated science minister role from cabinet after being re-elected to a minority government last year. Bains has taken on the science minister title, in addition to Industry.

One of Nemer’s main jobs early on was to help create new guidelines for government workers involved in scientific undertakings, with directives against actions such as falsifying data, destroying records, plagiarizing and ignoring conflicts of interest. She introduced those rules in July 2018, and they were then adopted by government departments.

Environment Canada’s version, for example, took effect in April 2019, and commits in part to ensuring its research and science are “free from political, commercial, client and stakeholder interference.”

Let's be clear. Few of the

Let's be clear. Few of the politicians sitting in any of Canada's political governance bodies have a science background. Those who do are almost invariably drowned out by the political voices that dominate the various elected groups whose focus is always lasered in on the goal of elect-ability.

It is equally true that Canada's once vaunted Research Council was exterminated after being starved of resources for decades under previous governments.

I have never been able to understand the various government's wilful withdrawal from active interest in science, innovation and support at precisely the time that the world's scientific bodies are exploding with existentially important information. Is it because the "Elected" could not, or chose not to acknowledge this vital resource? Or was it simply hubris? Or jealousy that outside experts should have such overwhelming influence in their sacred preserves of power and self-aggrandizement? Whatever the reason this wilful ignorance now has us fighting on multiple fronts simultaneously: Growing fascism/nativism globally, plutocratic corporate interference in nation-states and their responsibility to govern in the best interest of ALL their citizens, not just the super rich and corrupt, politicians abject failure to exercise their responsibilities in those best interests! (Hah! and you thought I was going to name the big three; pandemic, climate change and collapsing economies - but you were wrong because you are focused on the symptoms, not the root causes)

Humanity has overrun the earth. It's insatiable need for sustenance ,it's over consumption of those resources is the proximate root cause. Humanity needs to shrink. Nature needs to be allowed to grow. Balance must be restored. This will not happen until our politicians surrender some of their power to the scientific community in making rational, a-political decisions for our problematic future.

Humanity is about to plateau in population and hopefully stabilize at around eight or nine billion by mid-century (~2060). So projects the latest population research. The key is to reduce the per capita environmental footprint in Canada, and hopefully encounter the same in the rest of the world.

Electrification will be a key act. So will rejigging zoning bylaws to value land more efficaciously. No family really needs triple garages occupying significant real estate merely to accommodate dead storage space for cars when a suburb is urbanized with moderate and comfortable density increases, super energy efficient buildings, rail transit with feeder tram and bus routes running past their doors and 300 shops within a 10-minute walk on the neighbourhood high street.

It can be done.