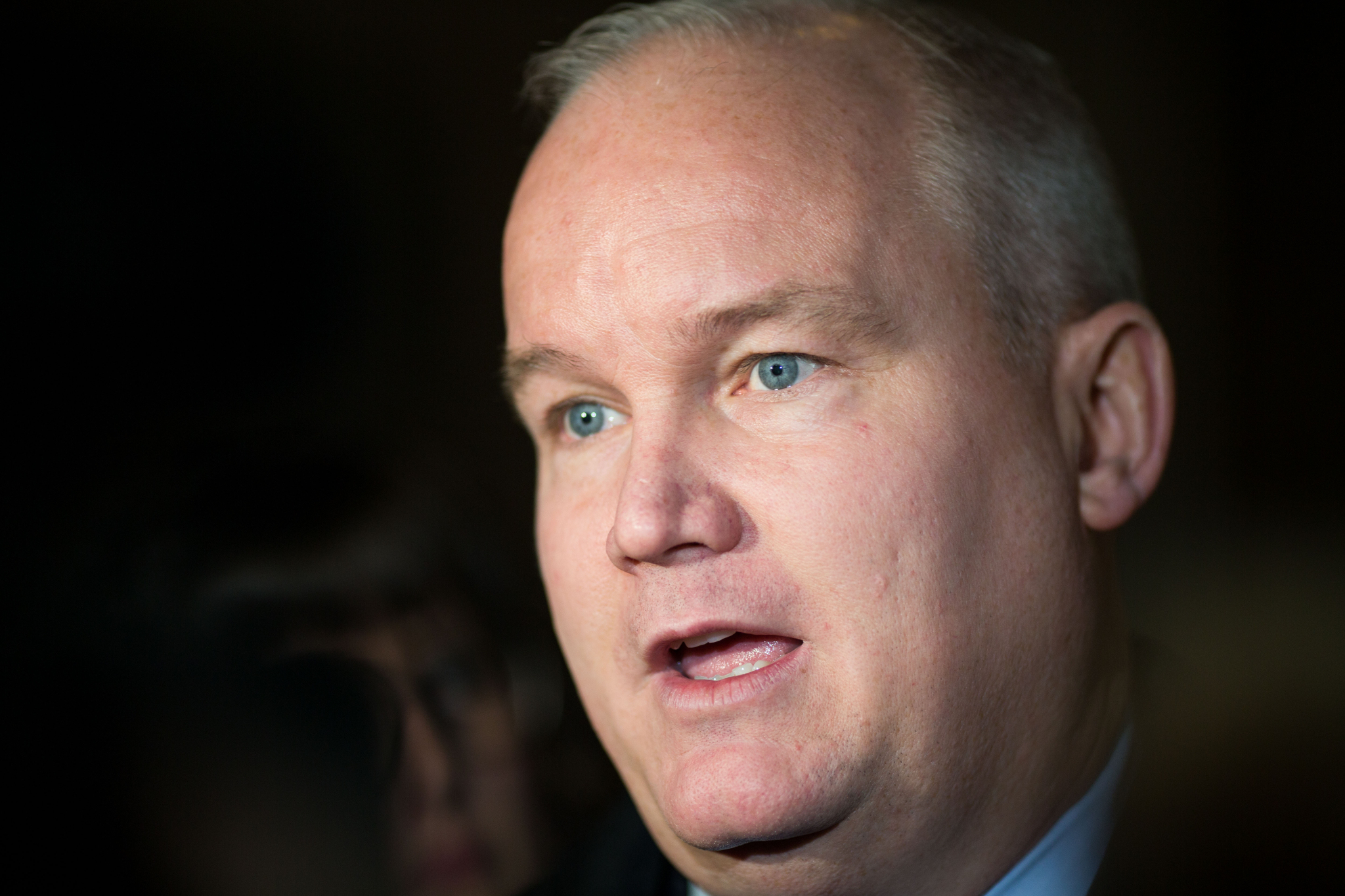 Conservative Leader Erin O'Toole, pictured in 2018, used the slogan 'Take Back Canada' during his leadership campaign. Now, a group of climate activists are attempting to trademark the phrase. File photo by Alex Tétreault
Previous story
Next story

A group of Indigenous and non-Indigenous youth climate activists have filed to trademark the 'Take Back Canada’ slogan used by Conservative Party of Canada Leader Erin O’Toole.

Climate Strike Canada, which organized nationwide climate strikes last September, served O’Toole and the Conservatives with a cease and desist letter Thursday morning, saying the activist group has used the slogan since 2019, before the Tories. While the strikers used the phrase to call attention to Indigenous sovereignty campaigns, they say the Conservatives are using it as a dog whistle.

“When Erin O'Toole came out with ‘Take Back Canada,’ it was very obvious that it was both a response and a companion to what Donald Trump is famous for saying, which is ‘Make America Great Again.’ It’s also obviously a response to a phrase coined by Indigenous youth, which is ‘land back.’”

Climate Strike Canada hasn’t received final confirmation about whether it will receive the trademark for the phrase, but the group said it’s asking O’Toole and the Conservatives to stop using the phrase in the meantime.

O’Toole’s office did not immediately respond to a request for comment from Canada’s National Observer about the cease and desist letter, and questions about the meaning of the ‘Take Back Canada’ when used by the Conservatives.

“We chose to take legal action because ‘Take Back Canada’ in the context of the Conservative party’s slogan is racist, historically revisionist, and promotes the erasure of Indigenous peoples,” said Giiwedinong Kisinaaikwe, one of the youth involved in the process of filing for the trademark, in a statement Wednesday.

“Canada has never belonged to people like Erin O’Toole. Canada was founded on stolen Indigenous land.”

In an ideal world, Guest said, O’Toole would not only stop using the phrase but also begin working alongside Indigenous sovereignty movements.

Canada has never belonged to people like Erin O’Toole. Canada was founded on stolen Indigenous land," said Giiwedinong Kisinaaikwe, one of the youth involved in the effort to trademark 'Take Back Canada.'

Earlier this year, amid rail blockades and demonstrations nationwide in support of Wet’suwet’en people working to oppose the Coastal GasLink pipeline, O’Toole said he would criminalize activist efforts to shut down key infrastructure.

“It is a form of common law assault and should, in the appropriate situations, be treated as such,” O'Toole said at the time.

O'Tool's comment about criminalizing efforts to "stop key infrastructure" smacks of famous last words. So much of the key infrastructure actually winds up presenting us with unwanted, useless and damaging, abandoned concrete and steel. Human evolution. human enterprise, and Nature never stand still but are always evolving or devolving. Our "works" that we glorify are doomed to not-so-eventual uselessness. All of us, planners, engineers, politicians should look further ahead and consider how we will deal with this ugly detritus of our former hubris. Every project should be accompanied by the plan for its demolition and recycling. Failure to do this leaves us with lethal trash like the spent uranium our nuclear industry still does not know how to decommission or secure. (Not to mention the equally problematic mountains of waste we too frequently plant on indigenous lands)

Criminalizing those who try to prevent our stupidity is all too typical human arrogance.

Well said....and we could add

Well said....and we could add all those open wells in Alberta and northeastern BC, some of them slow leaking methane. We could also mention the Jumbo mine in Yellowknife, where big bucks were extracted mining gold, and enough arsenic to kill everyone on the planet two times over,, left behind when the billionaire bailed, for indigenous people to deal with.

Take Back Canada? If we continue to vote in right wing extractivists, and white men who think history begins with them, there won't be much arable land or potable water to meet our very basic needs....

Take Back???? Time to take back our language and remind ourselves that entrepreneur is actually a fancy word for thief: To enter and take being a literal translation from the French. I'm ashamed that in a bilingual country such as ours, it took me so long to 'take back' that fancy word for imperial theft.

But alas, the belief in easy money dies hard; so O'Toole may yet carry the day.