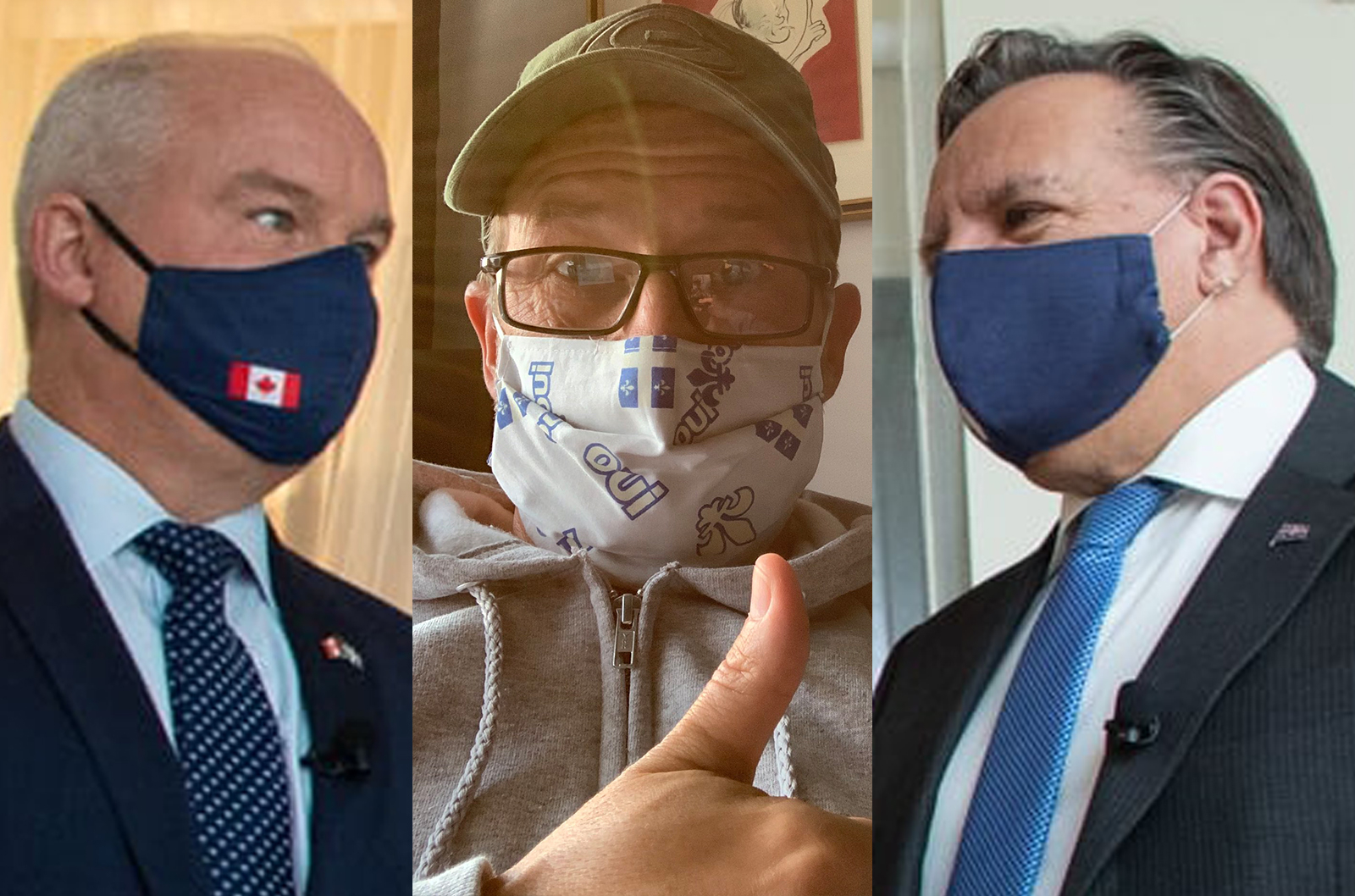 Conservative Leader Erin O’Toole and Bloc Québécois Leader Yves-François Blanchet have both tested positive for the novel coronavirus, with five days to go before the Speech from the Throne signals the return of Parliament.

The news of O’Toole’s positive test result led Quebec Premier François Legault, who had met with O’Toole earlier in the week, to self-isolate and get tested himself. “No one is immune to contagion,” he said.

The Conservative Party confirmed late Sept. 18 that O’Toole had received a positive test for the virus. The Tory leader had said earlier this week that he, his family and some of his staff would get tested, after a staff member had tested positive.

O’Toole’s wife and children tested negative, the party’s statement also indicated, and O’Toole remains in isolation and is “feeling well.”

O’Toole’s test results followed a Bloc statement Friday morning that Blanchet had tested positive for COVID-19. It said he will remain in isolation at his residence and is “doing perfectly well.”

Bloc caucus members have also been self-isolating after Blanchet’s partner had tested positive.

The positive test results for the two leaders mean that they will likely miss the Speech from the Throne on Sept. 23. The Bloc said Blanchet would be in isolation until Sept. 26.

Meanwhile Ontario Public Health self-isolation requirements would have O’Toole isolating for at least 14 days following his test results, if he continues to show no symptoms.

The federal parties have been negotiating over what system to implement in Parliament to ensure that MPs can still carry out their duties while following public health protocols.

Conservative Leader Erin O’Toole and Bloc Québécois Leader Yves-François Blanchet have both tested positive for COVID-19. The news of O’Toole led Quebec Premier François Legault to self-isolate and get tested himself.

Both O'Toole and Prime Minister Justin Trudeau have said they don't want the House of Commons chamber to fill up with 338 MPs when votes are called.

But they are split on what system to implement over the coming months. The Liberals have proposed temporary videoconference voting, to be replaced with electronic voting via a smartphone app once the program has been tested.

The Conservatives are skeptical of any remote voting system, and are particularly suspicious of app-based voting. They have suggested keeping MPs in Ottawa and having vote counting be staggered.

Legault changed his stance on self-isolating on Friday evening, after initially saying this week that his meeting, indoors with masks off, with the newly-elected Conservative leader O'Toole, was just a “low-risk exposure.”

On Friday, Legault met with Ontario Premier Doug Ford, Alberta Premier Jason Kenney and Manitoba Premier Brian Pallister in Ottawa. The four premiers held a press conference where they asked the federal government for an extra $28 billion to pay for health care.

Canada’s capital city of Ottawa is seeing a surge of coronavirus cases and is now in a second wave, according to medical officer of health Dr. Vera Etches. "We can't sustain a rapid rise in cases,” she said.

Ottawa By-Law said the “warning phase” for issuing tickets for not wearing a mask in indoor settings “is ending.” Individuals could be fined $240 including the victim surcharge.

The city saw its social gathering limit downgraded by the Ontario government. The province of Ontario recorded over 400 new cases of COVID-19 on Sept. 18. Other hotspots targeted by the province are Toronto and the Peel region.

There have been an array of complaints from people in multiple cities across the province waiting in long lines to get tested for COVID-19.

Ford is set to make an announcement in Toronto Saturday morning with the province’s health minister and associate chief medical officer of health.

Also this week, the president of the Public Health Agency of Canada, Tina Namiesniowski, announced she would be stepping down. The agency is co-ordinating the national COVID-19 response.

On Friday, Trudeau said two by-elections in the Toronto-area ridings of Toronto Centre and York Centre will be held on Oct. 26.

Facing questions about holding elections during a second wave, the prime minister said Thursday that “we all should have tremendous confidence in Elections Canada to be able to bring forward strong measures to keep us safe and allow for the expression of the democratic will of the people.”

The far-right People’s Party of Canada Leader Maxime Bernier, who lost his seat in the 2019 federal election, is running in York Centre.

In something like a general election, I can see the Conservatives' problems with app-based voting. I don't want an election hacked. But a parliamentary vote isn't secret ballot--you know who voted for what. All MPs have to do is check what the website says their vote was and make sure it's correct. And what with the small number of people involved and party discipline and everything it's going to be really obvious if the totals are wonky. So app-based is FINE for a parliamentary vote.
Conservative strategy seems to involve inventing stuff to complain about, to distract from their total lack of any plans to do anything useful.