House of Commons first virtual vote had a bumpy start 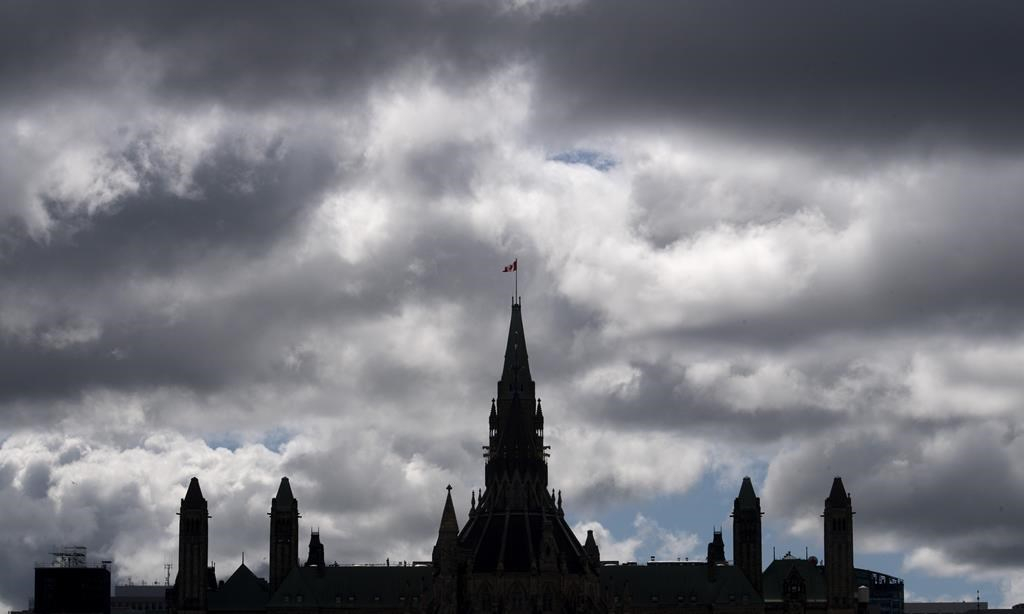 Clouds pass by the parliament buildings on Wednesday August 19, 2020 in Ottawa. File photo by The Canadian Press/Adrian Wyld
Previous story
Next story

Members of Parliament have completed their first-ever virtual vote in the House of Commons, a historic occasion marked by numerous technical glitches, lengthy delays and cameo appearances by some of their kids and even a family dog.

The vote was on a Bloc Quebecois sub-amendment to a Conservative amendment denouncing last week's throne speech, a routine matter that normally would have taken 15 minutes.

It was roundly defeated by a vote of 293-33 — with help from one Bloc MP who accidentally voted against his own party's motion "due to all the confusion" over voting by videoconference.

But it took almost two hours Monday night to arrive at that result.

Right off the bat, a system failure by Microsoft delayed the vote for about 40 minutes.

Once it finally got underway, only a few dozen MPs were physically present in the Commons while the rest joined in from remote locations in an excruciatingly slow, roll call videoconference vote.

Commons Speaker Anthony Rota had to repeatedly remind MPs to unmute their microphones and to slowly enunciate the statement "I vote for (or against) the motion" in order to give their computer cameras time to activate so that the Commons table officers recording each vote could visually verify who was voting.

He also had to remind them to mute their mics as soon as they'd finished voting, noting that "any movement like kissing your children activates the mic and the camera comes on you."

And indeed, the wrong MP's face showed up repeatedly on the video screen when someone was casting their vote. Numerous MPs had to try multiple times before their votes were properly recorded.

A couple of MPs seemed to be doing double duty minding their kids while voting.

Members of Parliament have completed their first-ever virtual vote in the House of Commons, a historic occasion marked by numerous technical glitches, lengthy delays and cameo appearances by some of their kids and even a family dog.

Liberal MP Nathaniel Erskine-Smith's vote against the Bloc sub-amendment was punctuated by a squawk from a baby in the crib behind him, provoking laughter from MPs in the chamber.

One Conservative MP's toddler was sitting beside him as he cast his vote against. And Conservative MP Michelle Rempel Garner held a dog in her lap, waving its paw at the camera as she voted.

Several MPs were unable to connect to the video vote at all and had to register their votes separately in calls to the Commons' table officers. Even then, Green MP Jenica Atwin's vote was not recorded, which Rota promised to look into.

Liberal MP Emmanuel Dubourg initially said he was voting for the motion but immediately corrected himself to say he was against it.

Xavier Barsalou-Duval, the first Bloc MP to vote electronically, generated much mirth in the Commons when he pronounced he was voting against the motion as well. He did not immediately correct his error, however, and his attempt later to change his vote to a yea was rejected.

When it was finally over, Conservative whip Blake Richards noted that a number of male members voted without wearing jackets while others appeared to have "props" in view on screen, in violation of the rules of decorum that prevail in the House of Commons. He also noted that some MPs posted pictures on social media of themselves voting virtually for the first time.

Rota reminded MPs that the background behind them while voting virtually must be "as neutral as possible," with no props or anything that "promotes a certain ideology." Male MPs must wear a jacket and Rota encouraged them to wear a tie as well.

As for taking pictures of virtual proceedings, Rota said: "I know they're excited and this is a historic night and they want to take a picture, but they should not be taking pictures and posting them on the web. That is against the rules."