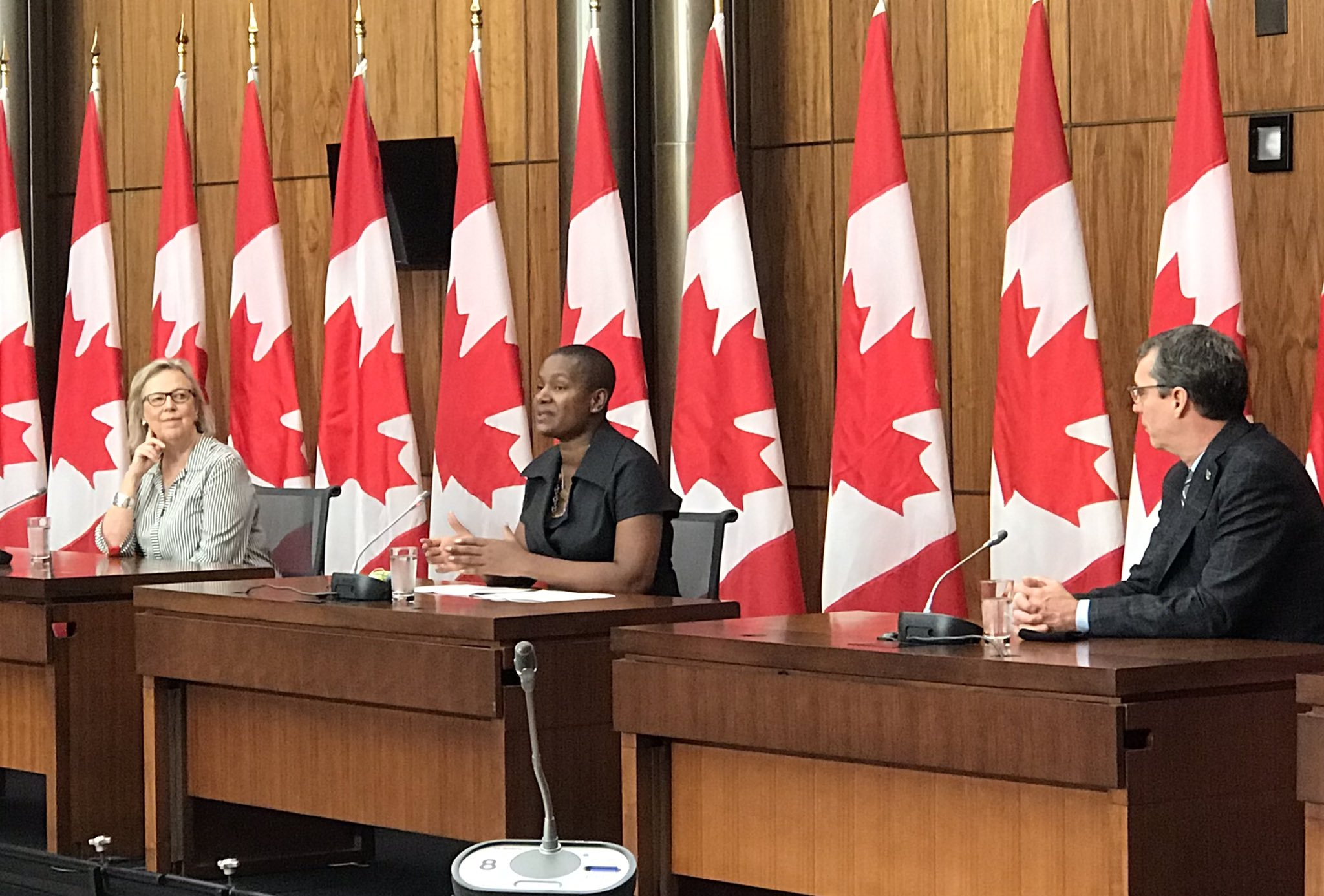 Green Party Leader Annamie Paul says she’s wondering if the upcoming Toronto byelection she’s running in “is even going to continue,” as the city is hit with a wave of COVID-19 and public health authorities call for new restrictions.

Paul is not formally calling for the Toronto Centre byelection to be called off. But she said Wednesday morning that she will be speaking with volunteers and team members who live in the riding and asking them what the situation is like. “I will definitely have something to say about that later today or tomorrow,” she told Canada’s National Observer.

“I'm wondering if that byelection is even going to continue. I think that that’s a really big question mark,” said Paul. “We can only expect things to be getting worse...you get to a point where you say, 'We do not have the conditions for a free and fair and democratic election.'”

The newly-elected leader has been raising serious questions about how the byelection will be carried out under the current circumstances. COVID-19 cases are climbing, and the Ontario government is facing mounting pressure to close gyms, indoor dining at restaurants and bars, and move to essential outings only, including from Toronto’s Medical Officer of Health, Dr. Eileen de Villa.

Paul said two neighbourhoods in Toronto Centre that are low-income and racialized, Moss Park and St. James Town, are being hit particularly hard.

"This is a fluid situation. I'm extremely concerned about what I’m hearing today. What I’m hearing today is that a day or two from now, we may have all our restaurants and public places closed," she said. "It’s not just for me to answer, but my question is, are these the circumstances under which we should be holding a free and fair election?"

As Paul and the other candidates battle for the seat formerly held by Bill Morneau, who resigned from his position as Liberal finance minister and as an MP in August, Paul said they will have fewer and fewer opportunities to meet and speak with community members before the Oct. 26 vote. Another byelection is also scheduled for the same day in the Toronto-area riding of York Centre.

Canada's Chief Electoral Officer Stéphane Perrault submitted a report to Parliament Oct. 5 that recommends a temporary new law, to expire six months after the next general election, that would modify some provisions of the Canada Elections Act.

That temporary law would move the election date from a one-day, 12-hour period on a Monday to a two-day, 16-hour period over Saturday and Sunday. It would also authorize Perrault to "determine how and when voting will occur in long-term care facilities" and provide further adjustments "in an emergency situation" to respond to the pandemic.

Perrault's report warned that physical distancing at polling locations "may mean that the voting process will take longer during the pandemic" as it will lead to limits on voters or workers allowed near the polls. The pandemic will also "likely impact the availability of polling places," he wrote, as some landlords may decline to open their doors.

Green Party Leader @AnnamiePaul wonders if the upcoming #TorontoCentre byelection she’s running in “is even going to continue," as health authorities call for new COVID-19 restrictions. "I think that that’s a really big question mark."

The recruitment of election workers to administer polling stations would be "a significant challenge" as potential workers "may feel that the risk of infection is too high to work during the election," in particular those 60 years old or over, who are especially vulnerable to the virus, and who made up almost half of election workers in 2019, the report also noted.

Paul said the myriad complications should raise alarm bells. "I’m trying to understand how or why the prime minister would have called, and would continue to hold an election, under circumstances where he knows that people who want to vote, are not going to be able to vote, because Elections Canada has not been able to change the rules in time for this byelection to happen?" she said.

The Green leader spoke with Prime Minister Justin Trudeau on Tuesday evening. She said she spoke to him before the latest COVID-19 updates, and had primarily focused on the Green Party’s reaction to the Speech from the Throne, so she did not address the byelection issue.

“I didn’t have the opportunity to ask that particular question to him, but I certainly would have been asking it, had we been speaking today," she said. "The situation is not stable. It’s getting worse every day."