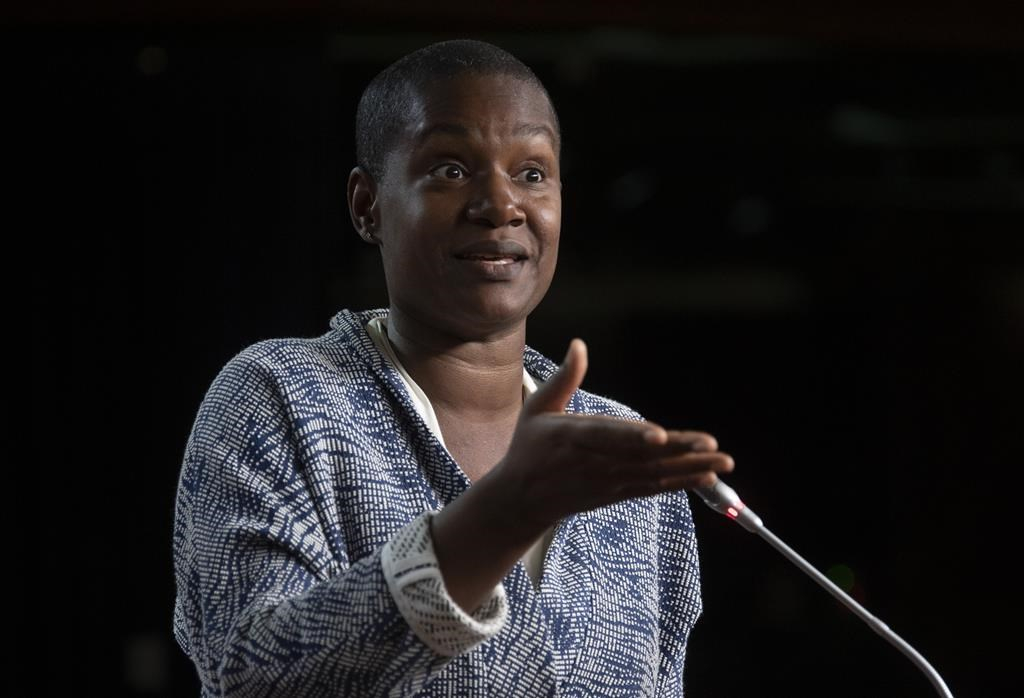 The two federal byelections underway in Toronto will continue even as cases of COVID-19 soar in the city, Prime Minister Justin Trudeau says.

Byelections for Toronto Centre and York Centre are set for Oct. 26. Green party Leader Annamie Paul, who is running in Toronto Centre, called on Trudeau Friday to suspend the byelections on the grounds that democracy and fairness to voters are in jeopardy as the city faces its highest-ever case totals of COVID-19.

"I'm sure that any candidate running in either one of those byelections feels the same way I do, that these are just not the conditions under which you can have a free, fair and, above all, safe election," Paul said.

Trudeau said he made the decision to call the votes now because he worried putting them off any longer could be even more dangerous.

"We made a determination that moving forward quickly on these byelections was probably the safest thing to do," he said.

He said by law he had to set the dates for both byelections within six months of the seats being vacated, which for both seats means by the end of February.

Former finance minister Bill Morneau resigned as Toronto Centre's MP on Aug. 21, and Liberal Michael Levitt stepped down as the MP for York Centre on Sept. 1.

Toronto reported more than 300 new cases of COVID-19 Friday, and the province imposed new restrictions on restaurants, bars, gyms and other public gatherings to try to force people to reduce their in-person activities and slow the spread of the virus.

Paul says there are low-income and racialized neighbourhoods in Toronto Centre that are among the hardest hit and asking people to participate in a byelection now is unwise and undemocratic. She said people cannot properly engage with potential candidates and may have to put themselves at risk to vote.

She said Trudeau's decision not to call the byelections off for now is putting people in danger and contradicts public health advice.

"We made a determination that moving forward quickly on these byelections was probably the safest thing to do,” Prime Minister Justin Trudeau said.

Under the Canada Elections Act, an election or byelection can be called off if holding it would be impractical due to "flood, fire or other disaster." The chief electoral officer can make a recommendation that an election be cancelled, but it is up to the prime minister and cabinet to make the call to do so.

The Governor General would formally be the one to call off an election, on the advice of cabinet.

That power has never been used in Canada, though at the provincial level similar powers have been. That includes most recently in Prince Edward Island, when the vote in one riding during the 2019 election was delayed several weeks after one of the candidates died in the middle of the campaign.

Deciding whether an election is impractical would be based on safety of voters and poll workers, how many people in a riding are affected, whether it would be hard to get enough poll workers and polling places to run properly and how long the disruption could last.

If the election were called off it would have to be rescheduled within three months, which would mean by late January for the October votes.

A spokeswoman for Elections Canada chief Stéphane Perrault said Friday the agency is monitoring the situation and that he is in contact with public health and local returning officers in both ridings.