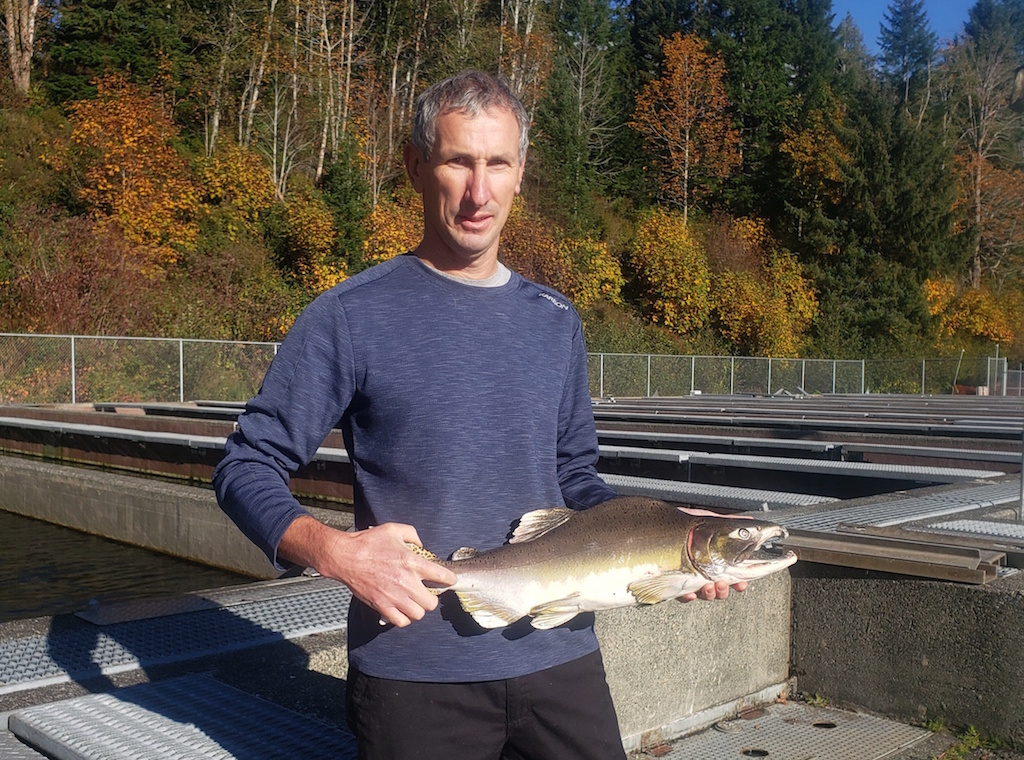 Concern over B.C.’s declining wild salmon stocks is running high this year as sockeye returns on the Fraser River hit a historic low.

But while the overall news may be dire, there are bright spots.

Some pink salmon stocks along east Vancouver Island appear healthy, and run counts at the Quinsam River Hatchery near the city of Campbell River were good this fall. Maybe even too good.

For a second year running, about half a million pink salmon have returned to the river, said Ed Walls, Quinsam Hatchery's watershed enhancement manager.

The hatchery typically hopes to see returns of between 200,000 and 300,000 pink salmon, or “humpies,” the descriptive name preferred by area fishers.

But having so many pink salmon return upstream can actually endanger their survival, said Walls.

“There’s a ... limited capacity for the river to carry that many fish,” Walls said.

“There can be too much of a good thing. There is a limited amount of spawning space, and later, fish will dig up (the eggs) of earlier fish,” he said.

In this situation, including this year, surplus fish are diverted from the Quinsam River so area First Nations can harvest them, Walls said.

When it comes to explaining why B.C.'s pink salmon stocks are healthy, “there are a whole lot of ‘what ifs’ and ‘we don't really knows,’” said Ed Walls, Quinsam Hatchery's watershed enhancement manager. “It’s still a great mystery.” #BCsalmon

But despite a generally good outlook for pink salmon, runs along the Quinsam can be wildly inconsistent, Walls said.

In 2013, the Quinsam saw a record-high run with more than a million fish returning.

Yet, just three years later, the run dropped to about 60,000 fish, Walls said.

“It can be super variable,” he said, adding a number of conditions can affect survival rates.

“One is if the river gets flooded badly in the fall or winter, which kills a lot of eggs in the gravel,” he said.

“The other piece is what marine conditions are like, especially when the fish first go out to the ocean.”

But it’s not entirely clear what marine conditions are most favourable to salmon, said Walls, adding there’s not a lot of information on salmon survival in the open ocean.

It may be that with fisheries in the region closed to protect returning Fraser River sockeye, fewer pink salmon are being caught in nets, he said.

And commercial fishing of pink salmon doesn’t happen for much the same reason, he said.

“The issue is that (pink salmon) are migrating at the same time as Fraser sockeye, and they don’t want to be harvesting any of those sockeye as bycatch (or unintentionally).”

Pink salmon survival also might be better because the fish spend less time in the ocean compared to other species, returning to streams and rivers after two years.

But at this stage, it’s largely conjecture why pink salmon stocks are healthy, Walls said.