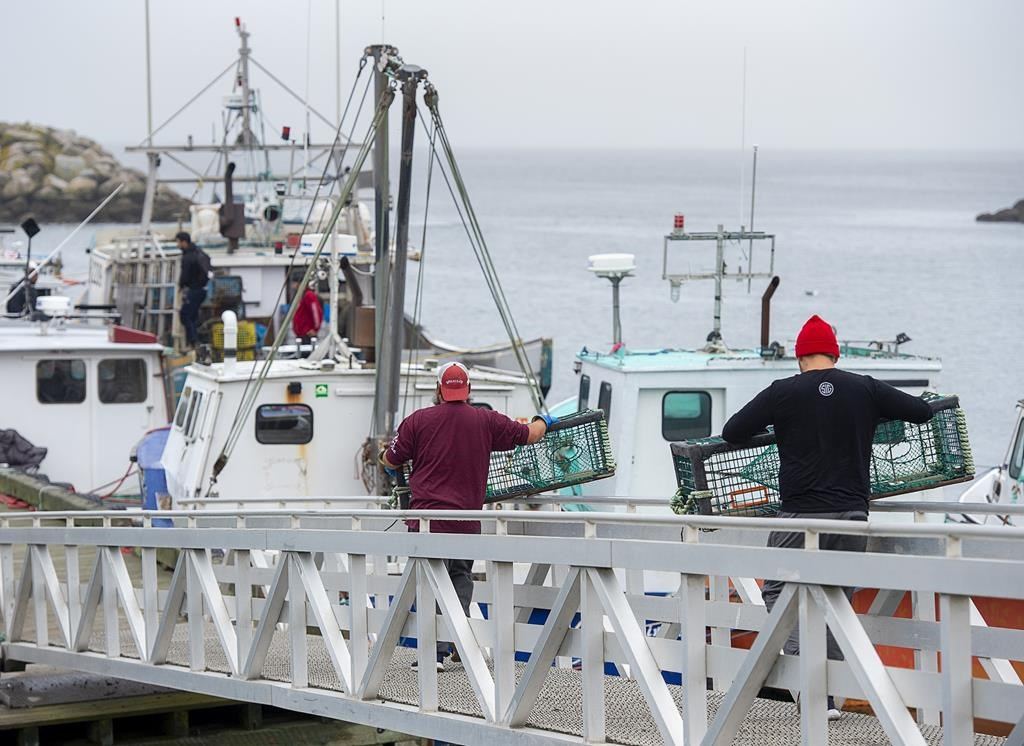 The man tasked with lowering the temperature in a heated dispute over Nova Scotia lobster says he has a deeply personal relationship with the coastal area that has seen the most violence.

“This one is right in my backyard,” Allister Surette said in an interview Saturday, less than a day after Ottawa appointed him as mediator of a clash that has pitted Indigenous fishers against non-Indigenous commercial fishers.

“I grew up in that community, so it touches me a little closer.”

Like many of the longtime residents of southwestern Nova Scotia, Surette is Acadian. He was born in Yarmouth, raised in West Pubnico and has has lived along the province's Acadian shore all his life.

He is also president and vice chancellor of Université Sainte-Anne, the province’s only French language university, based in Church Point, N.S.

Last weekend, a lobster pound in Middle West Pubnico that was holding a store of lobster caught by Mi’kmaq fishers was burned to the ground. The fire, which is under investigation, followed weeks of rising tensions.

At issue is the establishment of a self-regulated Indigenous lobster fishing fleet on St. Marys Bay, which started setting traps outside the federally regulated commercial season on Sept. 17.

Members of the Sipekne’katik First Nation have said they have a constitutionally protected treaty right to fish when and where they want, based on a landmark Supreme Court of Canada ruling in 1999.

Mi’kmaq leaders say the ruling means they're allowed to fish and hunt year-round to earn a “moderate livelihood.”

Some of the non-Indigenous commercial fishers in the area contend the addition of more traps in the bay poses a threat to the conservation of the lobster stocks.

“The ultimate solution is to find some resolution to this issue, and the immediate challenge is to try to de-escalate the tensions,” Surette told The Canadian Press

The man tasked with lowering the temperature in a heated dispute over Nova Scotia lobster says he has a deeply personal relationship with the coastal area that has seen the most violence.

But he said this time, tensions are higher.

“At the end of the day, the goal is to try and find some common ground, some shared perspective and some way forward," he said.

The federal government said Surette is expected to deliver recommendations to the ministers, but no deadline was set.

"We can't have long-term tension.”

The Crown-Indigenous Relations Department said in a statement that special representatives are sometimes used to “engage with Indigenous groups and organizations, industry, and federal, provincial and territorial officials, on how Canada could improve its approach to specific issues.”

I looked over the "News"

I looked over the "News" section. There were a group of pieces dated today, including one about people picking mushrooms. Another mentioned BC politicians and first nations . . . talking about Nova Scotia.

Uh, has anyone mentioned to you folks at the Observer that BC actually had a provincial election yesterday? Yes, for real. Who knew BC politicians did actual, you know, politics in BC rather than existing solely to comment on events in Eastern Canada? So you know, the NDP won a firm majority, the Greens took 3 seats which is probably their best result ever, and the Liberals got shellacked.

I know the Observer is a Toronto-based thing and probably wouldn't even talk about Alberta if they weren't the main source of Canadian carbon, pipelines etc., but come on, people!