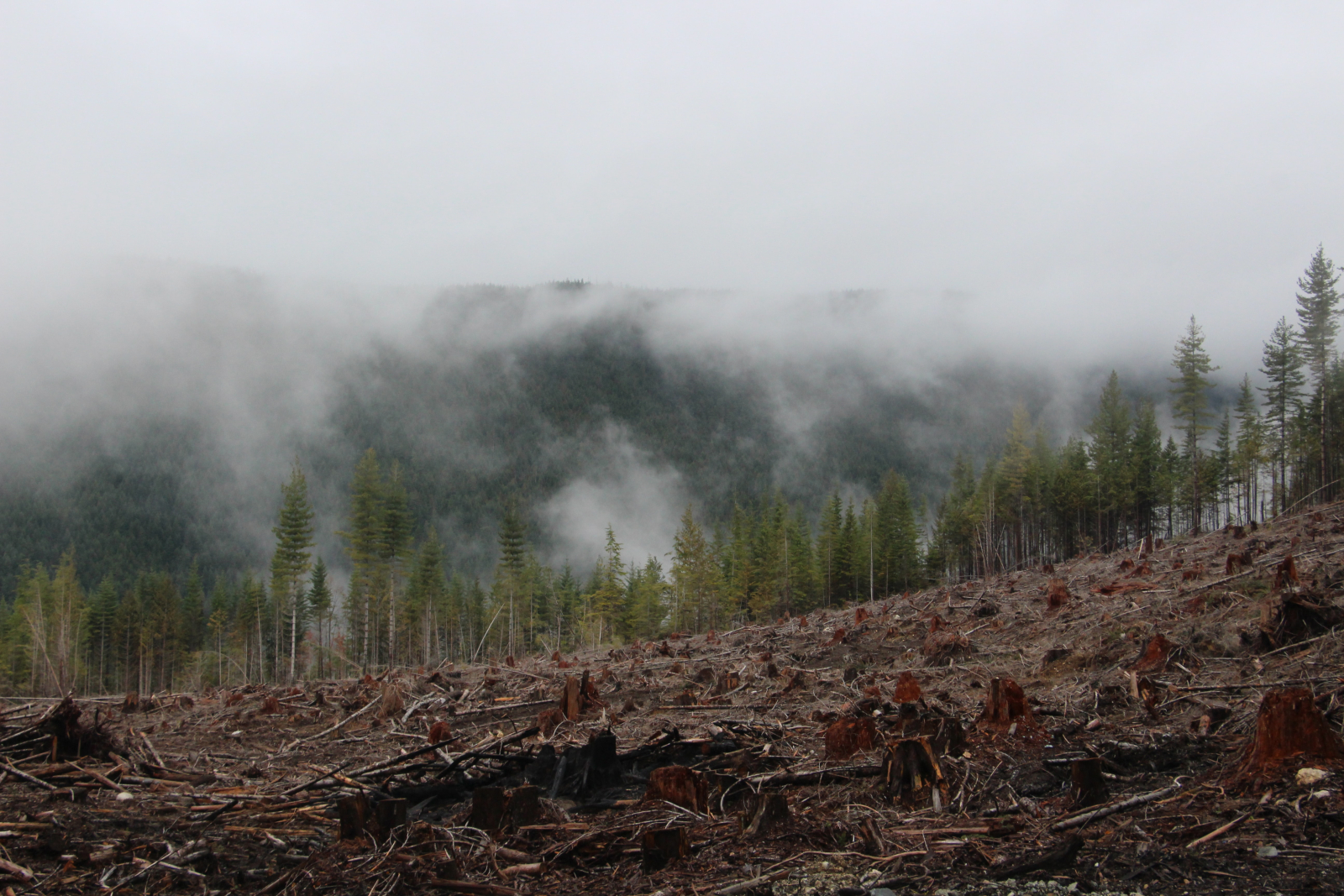 In September, the United Nations released a report indicting world leaders for failing to halt biodiversity collapse. Despite setting ambitious targets in 2010 to protect endangered ecosystems, we’ve lost a gut-wrenching 68 per cent of species since 1970.

This isn’t just bad news for wildlife — it’s bad for us humans. Without diverse species of birds, reptiles, mammals and the lands they inhabit, humanity stands to lose ecosystems that regulate our climate, give us a buffer to prevent pandemics, provide vital natural resources and keep our air and water clean.

The solution is protecting habitat: specifically, 50.4 per cent of the earth’s land, according to the team of scientists led by Eric Dinerstein, wildlife scientist and director of the research organization RESOLVE. That’s a major increase from the 15.1 per cent of land area currently protected.

Formerly chief scientist for the World Wildlife Fund (yes, the one with the panda logo), Dinerstein helped create the conservation protocols that are protecting some of the world’s most beloved natural spaces, from the Galapagos to the Himalayas. His most recent call to action is a collaboration between RESOLVE, the University of Minnesota, Arizona State University and art and science nonprofit Globaïa. Called “Global Safety Net,” the report isn’t the first to call for the conservation and rewilding of half the world.

But it does go a step further. Researchers identified the exact land areas that need to be protected to prevent climate collapse and estimated the potential carbon storage for each region. The Global Safety Net app features an interactive map of those areas, made in partnership with Google Earth Engine.

Here, Dinerstein talks about how the climate and conservation movements can join forces, and why saving half our land means saving the world. His remarks have been edited for length and clarity.

Q: Climate change and biodiversity loss are clearly huge problems. How do we better connect the solutions?

A: By nature, humans compartmentalize. People who know the most about climate science are often atmospheric scientists who don’t study biodiversity science beyond grad school. Similarly, there aren’t many biodiversity scientists who have a really fundamental understanding of atmospheric science. And institutions keep them apart even further. The United Nations has one agency for climate change and one for biodiversity, and the two don’t interact. But these existential threats are interdependent.

The solution to biodiversity collapse is protecting habitat: specifically, 50.4% of the earth’s land, according to the team of scientists led by Eric Dinerstein, wildlife scientist and director of the research organization RESOLVE.

Let’s zoom in on the Amazon rainforest as an example. As temperatures rise and the atmosphere dries out, much of those incredibly rich areas for biodiversity revert to savannahs. The trees that are adapted to wet rainforest conditions get pushed past their physiological limits and croak, creating biomass fuel for wildfires, destroying habitats for wildlife. And instead of pulling carbon dioxide out of the air, burning trees are now pumping it back into the atmosphere, accelerating the climate crisis.

Climate scientists and biodiversity scientists need to come together to form one field of “earth science” in the true sense of the word. It’s the only chance of saving life on Earth.

Global Safety Net calls for protecting half the world’s land. How do we get to that target?

Fortunately, about 50 per cent of the Earth’s surface is still considered intact, semi-intact or slightly degraded — meaning that land has lost some but not all its health and productivity. So there’s enough land that doesn’t overlap with human populations available for preservation, and the Safety Net proposal deliberately chooses not to intersect with existing agriculture and the built environment. Fifteen per cent of the Earth’s land is already protected. An additional 12 per cent of land is inhabited by Indigenous people, who are experts in biodiversity. If we officially give them land tenure and honour their right to steward those ecosystems — and in their decision-making power they allow us to designate that land as part of the Global Safety Net — then the total protected regions would reach 27 per cent. All we need to do is set aside another 23 per cent — and we can get there. Just look at COVID-19, and how the behaviour of society can change on a dime if need be. We just need to recognize that we have to take certain measures to conserve our species and conserve our public health.

What about agriculture? Will that leave enough land for growing?

The truth is, the world was producing enough food in 2015 to feed 10 billion people — that’s 2.2 billion more people than we have on Earth today. The international food system is full of mismanagement and waste. Thirty-seven per cent of the world’s surface is dedicated to intensive agriculture, but 77 per cent of that land is used to grow crops to feed livestock. If western, industrialized societies stopped eating so much meat and we dedicated land on each continent to grow and feed people locally, rather than shipping internationally, we could cut food waste and end hunger. We don’t need more land — we need to fix our broken food system.

What do we do with that land once it’s preserved? And how will it actually fight climate change?

We have to draw down carbon dioxide to prevent the worst consequences of the climate crisis, and we can do that through restoration. Once the land is preserved, we must recreate damaged ecosystems along rivers and up and down mountains to allow larger mammals like tigers to migrate between habitats. That involves expertly replanting carbon-sucking trees and other native plants. In the process, we could employ hundreds of millions of people, which is desperately needed during the current economic crisis.

All this should be done in combination with a moratorium on deforestation by 2040, and a transition to 100 per cent renewable energy by 2050. If we put these three pieces together, we have a safe pathway to a sustainable biosphere without having to invent any new technologies. We have the tools at our disposal if we just do it.

Some of our world leaders can’t even admit that climate change is real. How do we get them to commit to this when we’ve got serious human problems going on — like a pandemic?!

Well, pandemics happen as a direct result of biodiversity loss. There have been a number of cases of zoonotic spillover of diseases — or viruses jumping from wildlife populations to humans — in the past couple centuries. Scientists predict that the next pandemic is likely to come from the Amazon. As we clear more tropical forest, we expose ourselves to the interior forest and the animals that live there. By keeping these forests and these habitats intact, we’re creating a natural vaccine for the next coronavirus.

The most critical countries for the Safety Net are the U.S., India, Russia, China and Brazil. Those governments aren’t typically sympathetic to environmental problems. But look at how fast the status quo is changing. Gov. (Gavin) Newsom of California, the fifth largest economy in the world, signed an executive order phasing out gas-powered cars by 2035. We need more dramatic changes like that in the conservation and climate sectors that will put us on the right path, and I think it’s entirely possible.

And despite what those leaders might say, conservation is well within the world’s budget. The cost of executing the Safety Net is between $100 and $150 billion a year, which is a fraction of what world governments are spending on pandemic relief. And the financing is not going to be that expensive compared to fighting future pandemics or dealing with the worst of climate breakdown, like sea level rise or the kind of fires we’re seeing now, which will only become more commonplace.

If those points don’t convince our current leaders, then we will vote in new leaders — charismatic influencers who can help sway public opinion, who really understand the depth of the problem and are willing to take drastic measures.

The soil revolution that could save farming and the climate

Thank you for this article. Finally, an article that addresses the combined challenges of climate change and biodiversity loss. The loss of biodiversity and destruction of nature (habitats) certainly hasn't gotten enough media attention. We destroy nature we destroy ourselves.
Also, I'd like to see more coverage of zoonoses (diseases that transfer from animals to humans). According to author David Quammen, most of the major diseases of the last century have been zoonoses. Sadly, Covid-19 will not be the last pandemic of these times...How to make the public more aware of this? This is reason enough to stop deforestation now.

I appreciate the mention of

I appreciate the mention of giving indigenous peoples their land. So often "protection" seems to mean "kicking the indigenous out so we can 'manage' their land (and by 'manage', we mean mine and clearcut)".

I sincerely wish that we

I sincerely wish that we would rewild and protect at least half the world, both land and oceans, in a mix representative of all the various natural habitats.
"we've lost a gut-wrenching 68 per cent of species since 1970." - this is untrue. There are 68 percent fewer vertebrates, and on average there are 68 percent fewer individuals of each species of vertebrate than in 1970. Which is still terrible! I'm pointing this out because when I see a factual error in an article it makes the article overall less convicing, to me at least. Thanks.

The detrimental effect of

The detrimental effect of animal agriculture on climate and biodiversity cannot be emphasized enough. A major, comprehensive study published a couple of years ago showed that “without meat and dairy consumption, global farmland use could be reduced by more than 75% – an area equivalent to the US, China, European Union and Australia combined – and still feed the world. … [W]hile meat and dairy provide just 18% of calories and 37% of protein, it uses the vast majority – 83% – of farmland and produces 60% of agriculture’s greenhouse gas emissions.”
https://www.theguardian.com/environment/2018/may/31/avoiding-meat-and-da...
josephpoore.com/Science%20360%206392%20987%20-%20Accepted%20Manuscript.pdf

Good to see the importance of

Good to see the importance of addressing climate crisis and biodiversity crisis together, as that is critical. A bit unfortunate that Eric has let Canada off the hook, identifying that "The most critical countries for the Safety Net are the U.S., India, Russia, China and Brazil" when Canada has one of the worlds' largest remaining intact forest ecosystems - Canada's boreal forest. For some recommendations on how Canada could increase its ambitions with Natural Climate Solutions see: https://www.researchgate.net/publication/344754536_Enhancing_Canada%27s_...