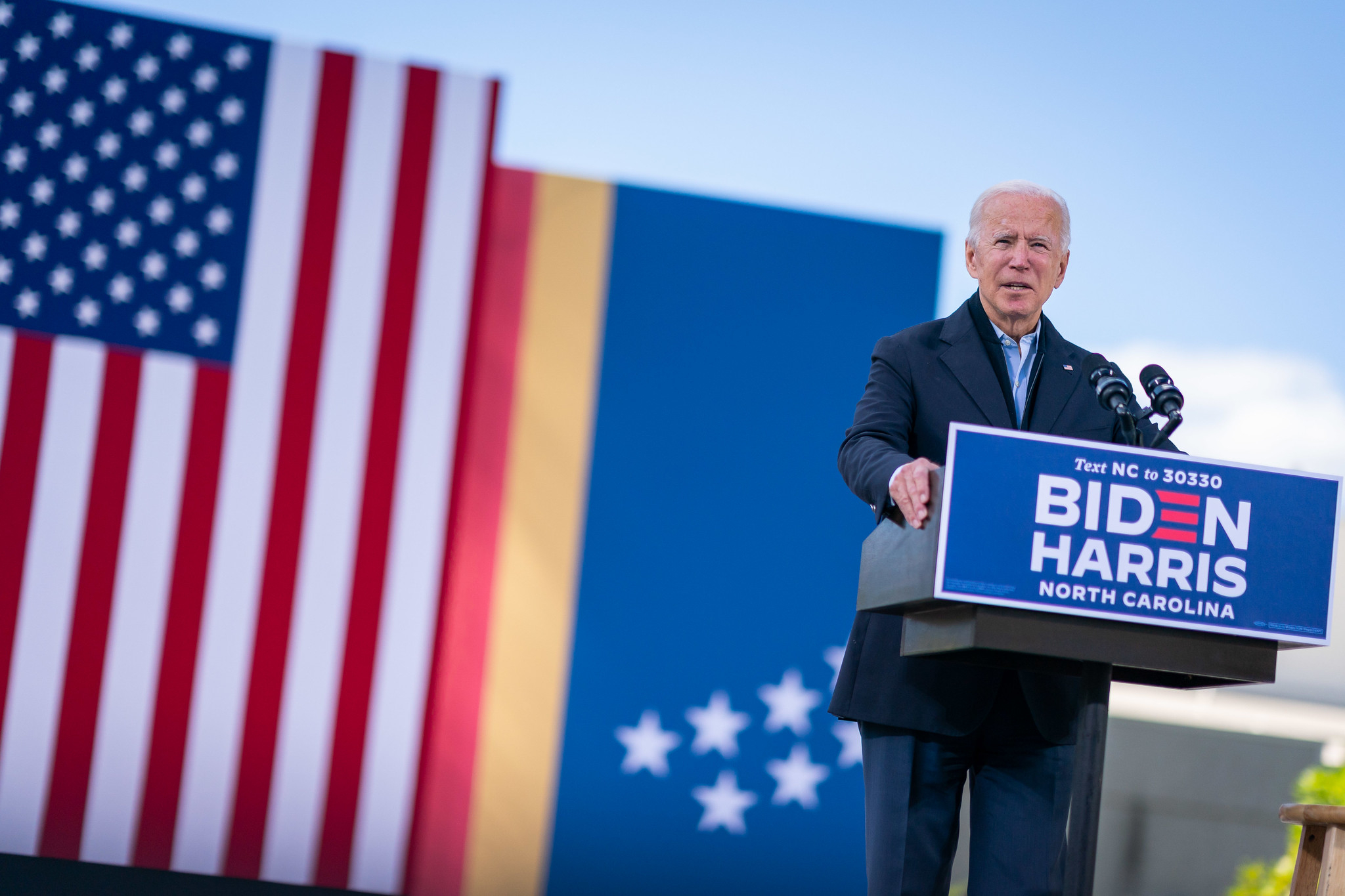 U.S. presidential nominee Joe Biden’s comments about the oil industry on Thursday show that he understands the unparalleled global financial realignment happening due to climate change, the president of the Alberta Federation of Labour says.

Gil McGowan said Biden's remarks during the presidential debate, including that he would “transition from the oil industry ... over time” to renewable energy, indicate that the presidential hopeful’s attention is firmly fixed on a green recovery — a massive opportunity for jobs and economic growth for both American and Canadian workers, in particular those in the fossil fuel industry, if governments play their cards right.

“I watched the debate ... and I was thrilled to hear (former) vice-president Biden talking about the energy transition in no uncertain terms,” said McGowan in an interview.

“I don’t think we’ve ever heard that kind of unequivocal stance from a politician in Canada, regardless of their political stripe. Not only is it encouraging, but I think that, if he’s elected, it will force politicians in other parts of the world to address the same realities.”

In the past several years, more than a dozen financial institutions have established new rules restricting or prohibiting investments in the oilsands.

The Bank of Canada has warned that the shift to a green economy is already underway and carbon-intensive sectors like oil and gas, as well as the banks that loan money to them, are exposed to risk. Legal analysis in Canada shows directors of corporations are obligated to act on the risks posed by the climate crisis as part of the basic responsibilities of their jobs.

‘Global investors have crossed the Rubicon’

Biden elaborated on his comments after the debate, saying he would not “ban” fossil fuels or transition away for “a long time.” His platform calls for ensuring the United States achieves a “100 per cent clean energy economy,” as well as net-zero carbon pollution, “no later than 2050.”

McGowan said it is critical that prominent politicians like Biden speak openly and frankly with working people and voters about the reality of climate change and its consequences for the economy and the environment, especially to those people in jurisdictions that have traditionally relied on oil and gas revenues, such as Alberta.

“Burying your head in the sand is never a good economic strategy — but that’s exactly what (Alberta Premier) Jason Kenney and the United Conservative Party have been doing for the past number of years,” said McGowan.

“The fact is, global investors have crossed the Rubicon on issues of climate change and the environment, and what this means is, big money is not going to come pouring back into fossil fuels — ever. It’s time for Albertans to acknowledge that fact, and until we do, we are going to continue to struggle economically.”

Kenney has acknowledged the emerging climate finance link himself, in comments this month at his party’s annual general meeting. The premier said he has been told by oil and gas companies that it is harder and harder to secure project funding without being able to show a commitment to cutting carbon pollution.

“We have to find a way forward for our industry where we don't stick our head in the ground and pretend that the aspirations behind the Paris (Agreement) are not hugely influential in how capital is allocated and how market access decisions are made,” he said.

Kavi Bal, senior press secretary for Alberta Energy Minister Sonya Savage, said the minister would not be commenting on the U.S. election, but noted that oil is forecasted to continue playing a dominant role for years. “This oil should come from Canada, led by Alberta,” said Bal.

During the debate, U.S. President Donald Trump pounced on his opponent’s comments by asking voters in fossil fuel-producing states like Texas and Pennsylvania: “Will you remember that?”

As president, Trump has repeatedly downplayed the global scientific consensus on climate change, which is that humanity must drastically scale back the burning of fossil fuels to avoid more extreme famine, disease and destruction around the world.

Peer-reviewed federal scientific research has concluded that Canada is heating up at double the average rate of the planet, or three times as fast in the North, and it is likely that the majority of this warming was caused by human activities like burning fossil fuels.

“I do think it’s significant,” said Mertins-Kirkwood. “This is the kind of language that would be inconceivable, even 10 years ago.”

I am baffled how McGowan can

I am baffled how McGowan can say this: “I don’t think we’ve ever heard that kind of unequivocal stance from a politician in Canada, regardless of their political stripe." The Green Party of Canada and its equivalent Provincial counterparts have been saying this for decades and finally he notices when an American politician makes a statement. What does that say about Canadian's level of attention to politics in this country?

Well, McGowan evidently identifies only politicians in positions of power, forgetting as so many of us do, how much "power" politicians and other opinion makers wield, over time, in shifting the perceptions of "received truths".

Dismissed now by the usual power broker suspects, the Greens and their allies, will someday be recognized as the new "masters of the universe", for better or worse.

Is this the same Joe Biden

Is this the same Joe Biden who said he would not block fracking?

I'm sure Biden would never,

I'm sure Biden would never, ever say anything he didn't mean.
Oh, sorry, silly me, did I forget my sarcasm tags?