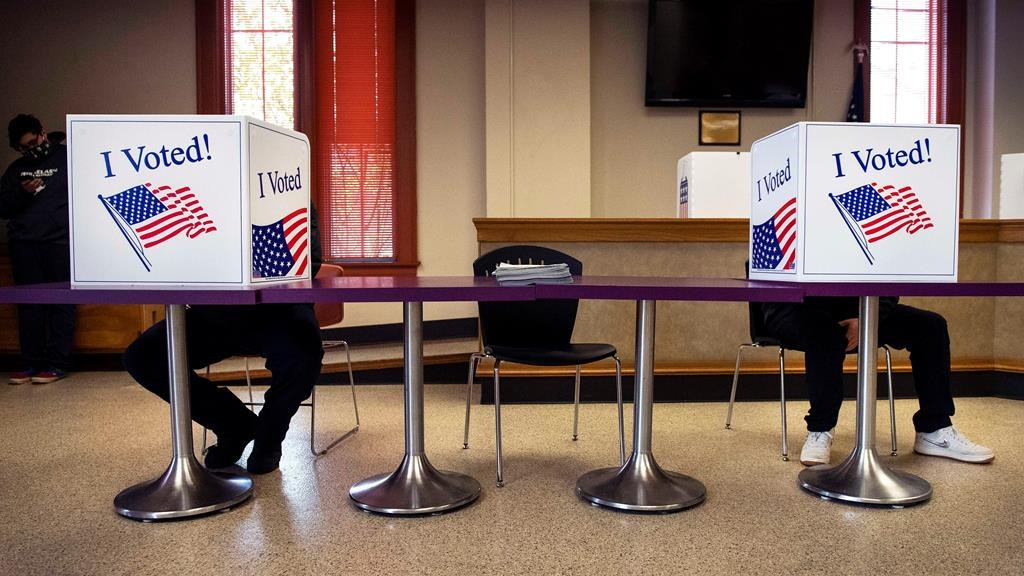 It's morning in America, but not the calm one once showcased in a famous U.S. presidential ad.

Americans are waking up to uncertainty about their political leadership as the outcome of the bitterly contested 2020 presidential election remains unclear.

The final results were likely in the hands of a few key states as the counting of millions of mail-in or early ballots complicated what is normally a relatively swift process of election night vote tallies.

In a speech just before 1 a.m. ET, Democratic challenger Joe Biden told supporters he was feeling good about where his campaign was: "on track to win this election."

President Donald Trump, the Republican incumbent, moved quickly on Twitter to knock Biden down, saying his campaign was up "big."

Trump also picked up the battleground states of Texas, Florida, Iowa and Ohio, while Biden carried New Hampshire and Minnesota.

But as of 2 a.m., several states remained too close to call, including Arizona, Michigan, Pennsylvania and Wisconsin.

The election took place against the backdrop of a historic crises: the COVID-19 pandemic that killed more than 232,000 Americans and decimated the economy.

Both men had sought to paint the other as unfit to govern through those challenges and their aftermath.

Deep divisions exposed by the election, along with efforts by Trump's campaign to cast doubt on the mail-in process, had raised fears of protests or clashes marring election day.

But few problems were reported as Americans waited hours to cast their votes in person, though court challenges by both campaigns remained underway.

Trump, however, cast further doubt when on social media early this morning he suggested his rivals were "trying to steal the election."

In a speech not long after that, Trump essentially declared himself the winner and vowed to take his fight to the U.S. Supreme Court.

This report by The Canadian Press was first published Nov. 4, 2020