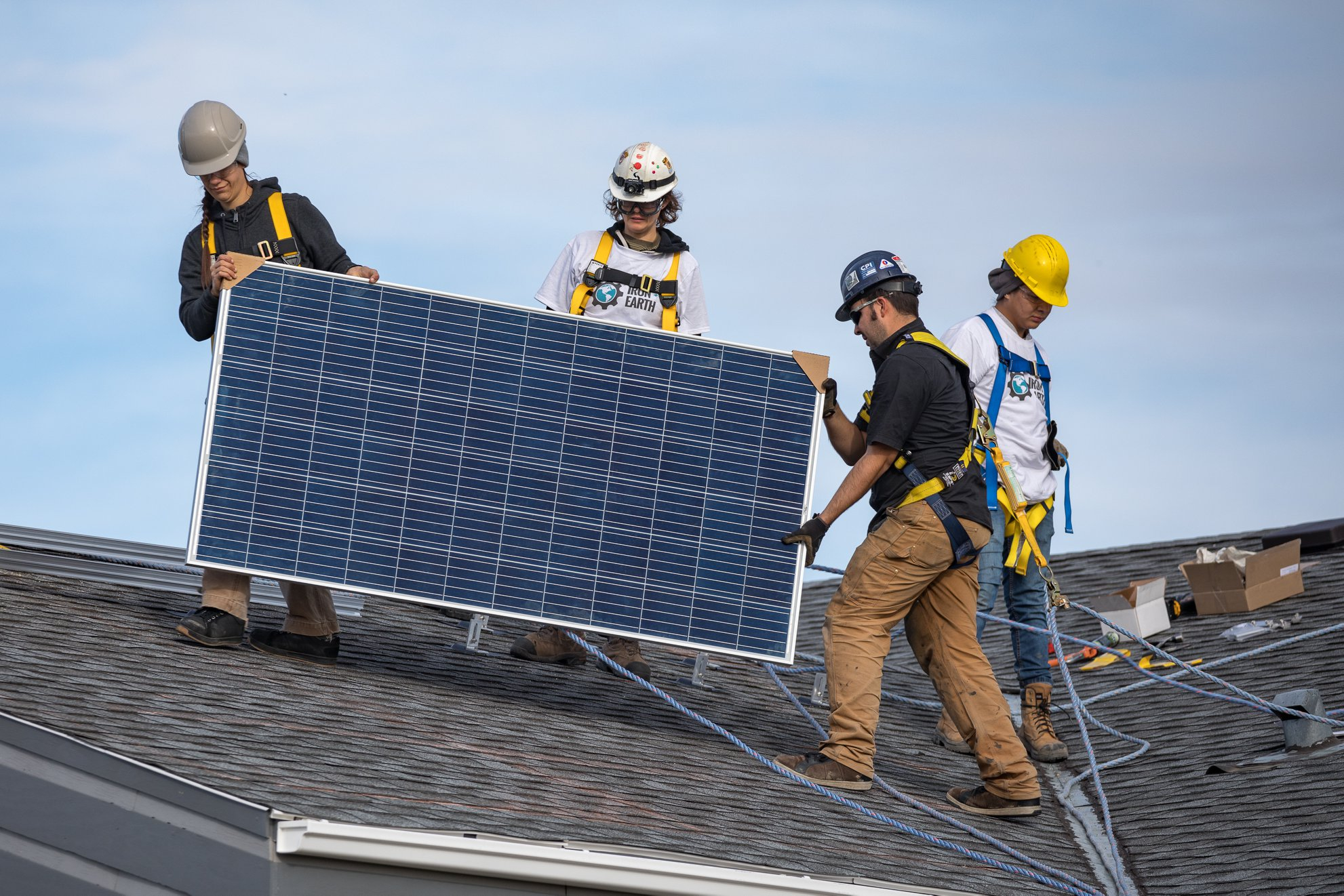 A director at a group of oilsands workers committed to renewable energy development says the pandemic has demonstrated the need to build a better Canada that’s more equal and more resilient.

Bruce Wilson spent more than 30 years in the oil and gas industry and is now a director at Iron & Earth, a group that was founded in Victoria, B.C., and counts pipe fitters, ironworkers and other industrial labourers as members.

The climate emergency “will be orders of magnitude greater in severity” than what has happened with COVID-19, Wilson said in an interview. That is going to require a response from federal and provincial governments that is commensurate with the challenge, he said.

“We see this as a time for major investment, and we made that point in the run-up to the throne speech that (governments) need to invest some significant amounts of money.”

A majority of Canadians approve of this approach, according to a recent poll. Six in 10 respondents said now is the time for the government to make “major changes” to fix issues like climate change.

Iron & Earth’s mission is to help energy workers, and everyone involved in supporting or servicing them, see the many risks that climate change poses to provincial and national prosperity, and to help workers retrain or build new skills, empowering them with confidence that they can be successful in a net-zero world.

Wilson said institutional investors are following the lead of the Task Force on Climate-Related Financial Disclosures and looking for reliable investments for the next 10 to 30 years. He also pointed to a World Economic Forum report this year that said the top global risks are climate-related. Financial institutions, meanwhile, have been setting up new restrictions or prohibitions on oilsands investments.

“We can see that the once-firm ground on which the oil and gas industry was founded is eroding, and eroding at an alarming rate, and you can choose to respond to that, or you can choose to turn away,” he said.

“The challenge is to say to people, ‘Look, there’s a new legacy to be had, and it comes with opportunity, it comes with good jobs, it comes with meaning, and all of the other community-based things you hold dear.’ And that’s the compelling conversation we need to have with people.”

A director at Iron & Earth, a group of oilsands workers committed to #renewableenergy development, says the pandemic has demonstrated the need to build a better Canada that’s more equal and more resilient.

The organization wants to see governments invest $110 billion over the next decade to create one million “climate careers” that would set the foundation for a green recovery. This would be divided into four themes: a training program for fossil fuel and Indigenous workers, a retooling program for manufacturing, a retrofitting initiative, and nature-based solutions like forest restoration.

Kavi Bal, senior press secretary to Alberta Energy Minister Sonya Savage, said it was important to note that oil and gas will continue to play a role in the years to come.

“The energy mix is changing, but projections show continued global demand for fossil fuels well into the future. We believe that Canada should not cede that market to dictatorships like Russia and Saudi Arabia,” said Bal.

The minister's office said Alberta's Recovery Plan, the provincial government's response to the pandemic recession as well as a global oil price collapse, includes “significant actions to diversify the economy and get Albertans back to work.”

That includes announcements this fall related to rare earth minerals on Sept. 23, hydrogen on Oct. 6, geothermal energy on Oct. 7 and petrochemicals on Oct. 30, said Bal.

Alberta and the federal government are also jointly funding a range of initiatives in the province. Ottawa announced $100 million this month from the federal Low Carbon Economy Leadership Fund and the province announced $180 million from its technology innovation and emissions reduction system.

Wilson said these types of funding announcements from governments are “crucial,” but spending needs to be ramped up. “We’ve got to go at it wholeheartedly,” he said.