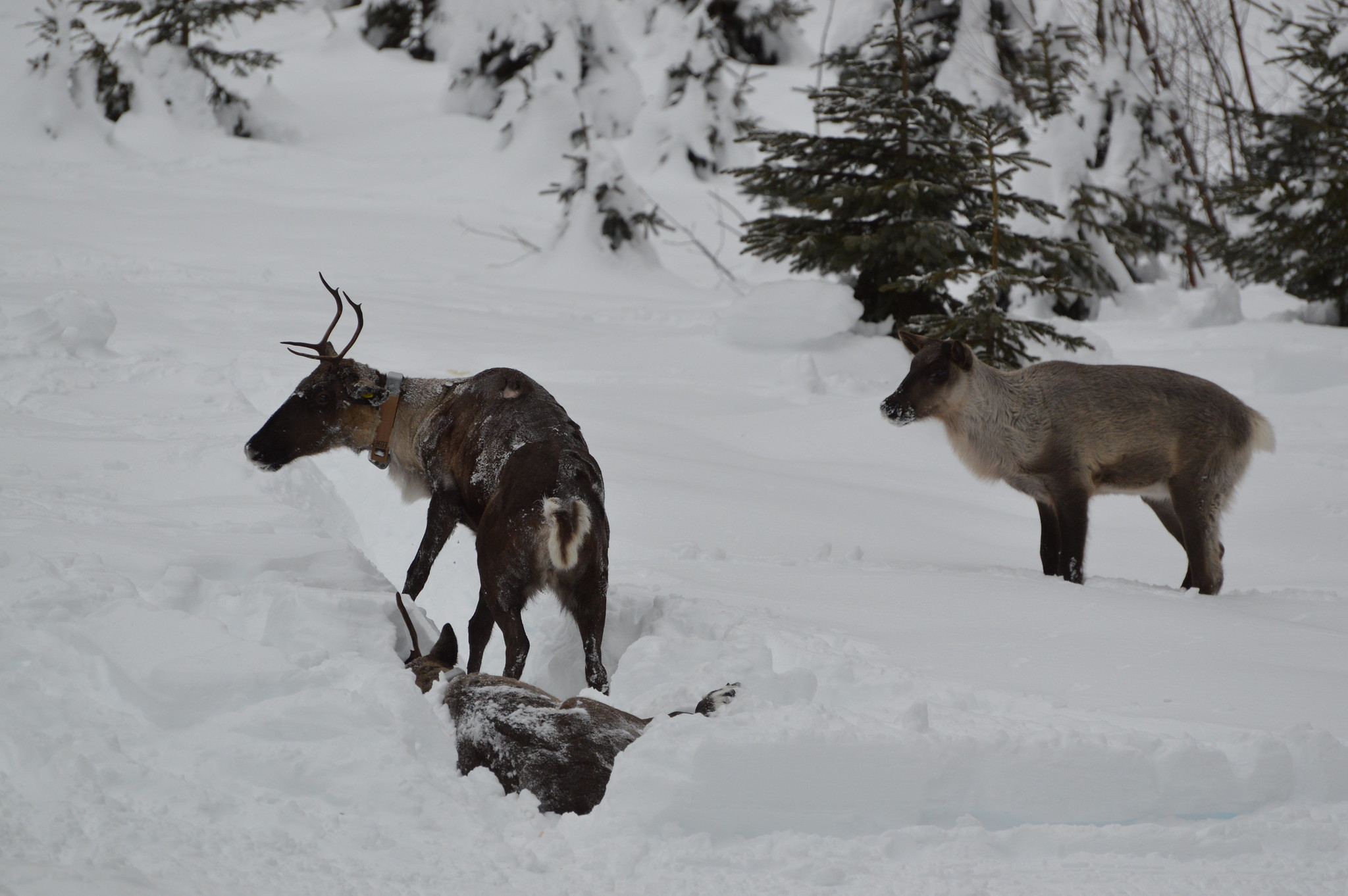 Caribou in British Columbia in 2019. A coalition of groups is pushing the federal government for a broader “national restoration program” managed by Environment and Climate Change Canada. Photo by B.C. government
Previous story
Next story

The Green Budget Coalition — made up of 25 organizations such as the David Suzuki Foundation, Ecojustice Canada, Environmental Defence, Équiterre, Nature Canada and WWF-Canada — published a roadmap Wednesday for a federal green recovery that it says can capitalize on this “defining moment in history.”

The coronavirus pandemic, its economic fallout and its impact on Parliament, including the fact that there was no full federal budget delivered for 2020, has created an unusual situation requiring solutions that must centre on climate and biodiversity objectives, said coalition co-chair David Browne in an interview.

“We think there are clear numbers around job creation and economic growth,” said Browne, who is also the director of conservation for the Canadian Wildlife Federation.

“There are health and psychological and physiological health benefits to (tackling) toxics, parks, and pollination services for agriculture, and we think those benefits are quantifiable and worth their investment.”

Some of the document’s subject matter is familiar territory for the Liberal government: supporting public transit and zero-emission vehicles, decarbonizing the fuel supply, monitoring methane, boosting carbon pricing and enabling a “just transition” for energy workers and communities, for example.

The coalition, which collectively represents more than a million supporters and members, said its top four recommendations this year are $10 billion for energy efficiency retrofits in buildings, $4.8 billion for clean transportation efforts, $2.6 billion for “nature-based climate solutions” and $4.8 billion to support protected areas.

Browne argued that while the government has made firm commitments when it comes to some of those areas, such as retrofits, in other areas, the commitments have been more aspirational.

While he said multiple federal parties have put forward great ideas on nature-based solutions, or harnessing Canada’s ecosystems for climate mitigation and habitat restoration, those ideas need to be supported by bold investments.

“There is no commitment,” he said. “That’s really something we’re pushing for an investment in.”

The coalition is recommending at least $1 billion for reducing greenhouse gas emissions from land-use change and degradation over 10 years. The group said this could result in two megatonnes of emission reductions per year.

This investment can generate new jobs within six to 18 months in regions that have been impacted by a drop in demand for natural resources, such as oil and gas or wood products. These include agricultural, northern and Indigenous communities, the coalition said.

Drawing from data sourced from the 2009 American Recovery and Reinvestment Act, the group argued job creation from habitat restoration projects is higher than from oil and gas investments, “and could be even higher than job creation (return on investment) for alternative or renewable energy or energy retrofits.”

“Habitat restoration activities are effective at generating jobs and economic returns: as many as 33 jobs per $1 million invested, most of which result in localized employment benefits with higher-than-average wages; similar to the construction industry at large,” it states.

Environment and Climate Change Minister Jonathan Wilkinson's press secretary Moira Kelly said in a statement that the government was committed to “conserving, restoring, and protecting Canada’s biodiversity, wildlife, and habitat.”

“Expanding the world’s conserved and protected areas is critical not just for stopping the loss of nature and biodiversity, but also to fighting climate change,” said Kelly.

Kelly pointed to the government's commitment of $1.3 billion to protect wildlife and its promise to protect 25 per cent of Canada's land and oceans by 2025, and 30 per cent by 2030, as well as protections for species at risk and “continuing Canada’s leadership in nature conservation.”

But the coalition wants to see a much broader “national restoration program” managed by Environment and Climate Change Canada that is focused on wetlands, grasslands and other areas as a means to achieving its 2025 promise.

“If you want to move along to 25 per cent protected (areas) by 2025, what’s it going to take to get there, and are you going to put your action and money where your promise is?” asked Browne.

Last year, the government announced a new program that would retrofit about 1.5 million homes. The coalition wants to go far beyond this: $10 billion for energy efficiency and reducing fossil fuels in “schools, hospitals, social housing, and residential buildings.”

Similarly, the government’s investment in the electrification of transport — money for zero-emission buses and charging infrastructure — should be scaled up, too, to the tune of $4.8 billion over five years, a figure that includes $700 million for the transition to zero-emission vehicles.

There are other recommendations for sustainability, including $130 million over five years for key biodiversity and ecosystem concerns for the Great Lakes, the St. Lawrence River and Lake Winnipeg, as well as initiatives on plastic pollution and toxics.

Browne said the coalition understood that investments in a green recovery need to be balanced against other realities in Canada. But he said the initiatives would pay off over the long run.

“I think a lot of the recommendations we’ve put in there are a good use of taxpayer dollars to benefit Canadians,” he said.

how hopeful if this sensible

how hopeful if this sensible and efficient use of tax money can be implemented!!

If the Green Coalition's

If the Green Coalition's recommendations are implemented it will be helpful -- not a complete solution, but helpful. We also need to curb consumption, especially the carbon-intensive habits of the wealthy. Reminder: isn't it true that members of the "top 10%" in terms of global wealth have incomes starting at $34,000 a year?