By The Canadian Press | News, Politics | November 5th 2020
#948 of 1611 articles from the Special Report: Coronavirus in Canada 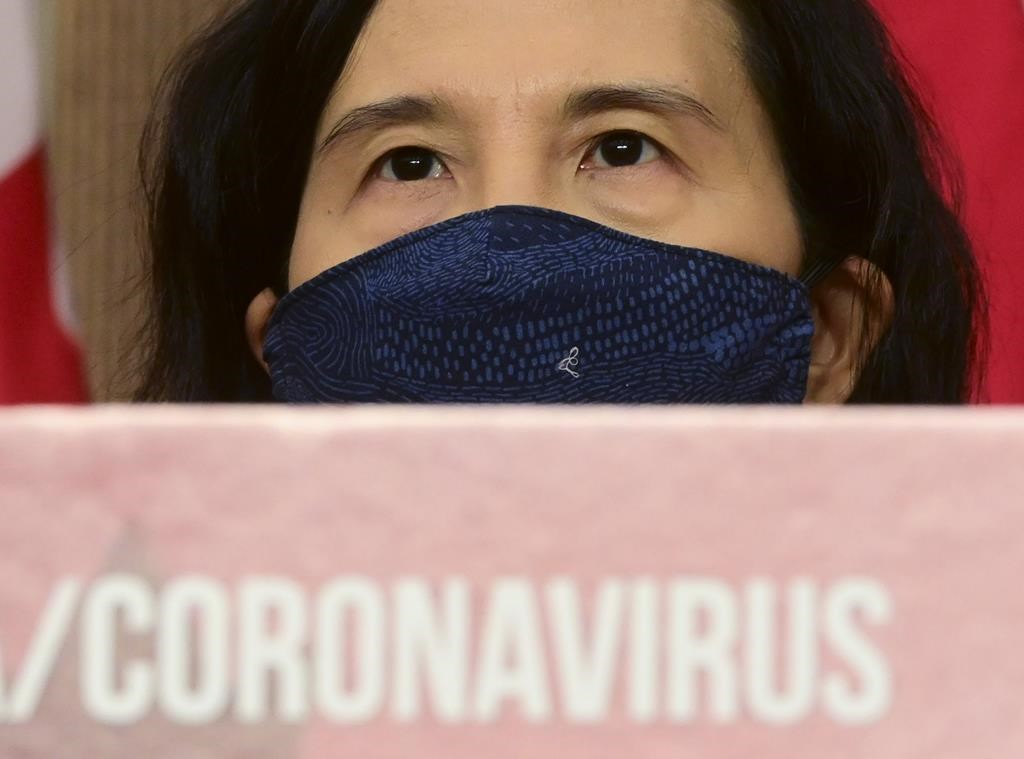 Chief Public Health Officer Dr. Theresa Tam wears a mask as she waits to answer questions as an update is provided during the COVID pandemic in Ottawa on Tuesday, Nov. 3, 2020. Photo by The Canadian Press/Sean Kilpatrick
Previous story
Next story

Severe cases of COVID-19 may soon rise as hospitalizations and deaths catch up to the recent spread of the illness, Canada's chief public health officer warned on Wednesday, as Quebec and Ontario reported almost 50 deaths between them.

Dr. Theresa Tam said hospitalizations tend to trail behind new cases, raising concerns that the worst effects of the second wave could be upcoming.

"As hospitalizations and deaths tend to lag behind increased disease activity by one to several weeks, the concern is that we have yet to see the extent of severe impacts associated with the ongoing increase in COVID-19 disease activity," she said in a statement.

"As well, influenza and respiratory infections typically increase during the fall and winter, placing increased demands on hospitals."

New cases in Quebec also surged back above 1,000 after dipping below 900 the previous day. Hospitalizations in the province have also increased in each of the last three days.

Tam said the number of severe cases continues to rise across the country, with an average of almost 1,200 people in hospital and 40 new deaths per day across Canada in the last seven days. She said health authorities are grappling with outbreaks in a number of settings, including long-term care, schools, factories and social gatherings.

In Ontario, those outbreaks involve a wedding-related event in the Waterloo region that authorities have linked to at least 16 cases, as well as a school in York Region that was ordered to close after six students and three staff tested positive for COVID-19.

Seventy-four employees at an Olymel meat-packing plant in Princeville, Que., have also tested positive for COVID-19, a spokesman confirmed Wednesday. The company has also been battling a second outbreak at a plant southeast of Quebec City, where 124 workers have active cases of COVID-19.

In Manitoba and Quebec, authorities threatened tough fines for those who gather in violation of local health rules amid worryingly high case counts.

In Winnipeg, police said they would start issuing fines of almost $1,300 for gatherings in private homes that exceed limits. The Winnipeg region, which reported 276 new cases on Wednesday, was recently moved into a restricted category, with private gatherings capped at members of a household plus five people.

In Quebec, deputy premier Genevieve Guilbault warned restaurant owners in the province's red zones who open their dining rooms in defiance of rules, that both they and their customers could face harsh fines.

This report by The Canadian Press was first published Nov 4, 2020.

Spread of COVID-19 at Alberta meat plants no surprise