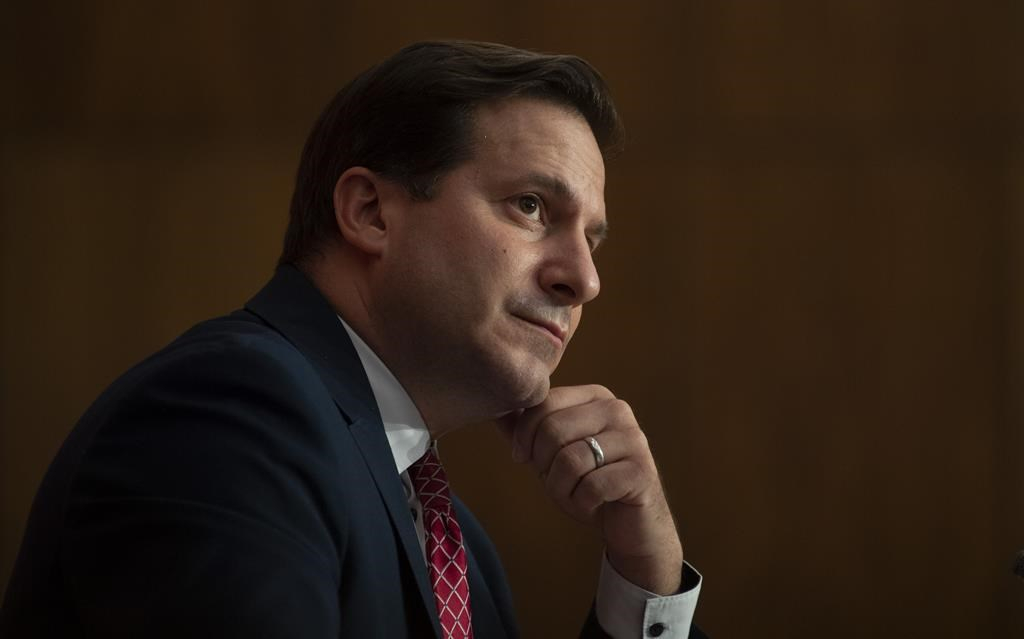 Immigration, Refugees and Citizenship Minister Marco Mendicino listens to speakers during a news conference in Ottawa, on Friday October 2, 2020. File photo by The Canadian Press/Adrian Wyld
Previous story
Next story

The federal government is expected to announce long-awaited plans today to help Canadians living in Hong Kong amid the Chinese clampdown on democracy in the territory.

Immigration Minister Marco Mendicino is to unveil the government's plans at a press conference in Ottawa.

Earlier Thursday, members of the House of Commons committee looking into the plight of ethnic Muslim Uighurs in China's Xinjiang province highlighted their recent hearings, which resulted in a finding that the Chinese Communist Party is guilty of perpetrating a genocide against the ethnic minority.

The all-party Commons subcommittee on human rights heard harrowing testimony from survivors of China's imprisonment of Uighur Muslims. They shared accounts of their mass incarceration, rape and forced sterilization of women and mass surveillance.

Critics say China has detained as many as one million Uighurs and members of other Muslim groups in what amounts to mass prisons, where they can be re-educated. The Chinese government has denied any abuse of human rights in the region and says reports about that are false.

"The subcommittee is persuaded that the actions of the Chinese Communist Party constitute genocide, as laid out in the Genocide Convention," said Liberal MP Peter Fonseca, the committee chair.

"In particular, the subcommittee would like to thank the Uighur witnesses that provided evidence at great risk to themselves and their families living in Xinjiang."

New Democrat MP Heather McPherson said the most compelling testimony she heard came from women who "survived the concentration camps and shared their stories of abuse and violence."

"It has been shown again and again that to wipe out a people, to perpetrate a genocide, one must destroy the women. Acts designed to prevent births constitute genocide," she said.

Thursday's developments are sure to anger China, which has warned the Trudeau government not to intervene in Hong Kong, and to butt out on levelling criticism related to the Uighurs.

Canada's relations with China are at an all-time low because the People's Republic has imprisoned two Canadian men, Michael Kovrig and Michael Spavor, in what the Trudeau government has branded as coercive or hostage diplomacy.

Kovrig and Spavor were rounded up by Chinese authorities in December 2018, nine days after Canada arrested Chinese high-tech scion Meng Wanzhou on a U.S. extradition warrant.

The subcommittee made clear it was targeting the Chinese Communist Party specifically.

"What we want are these practices to stop and then we will have nothing to say on the matter of the Uighur people."

The subcommittee's report will eventually wend its way up to the full Commons committee on foreign affairs and international development before it makes its way to the government for a response.

The Trudeau government has repeatedly said it won't back down on raising China's record on human rights, in public if necessary.

"This decision further narrows Hong Kong's autonomy and the space for freedom of expression and public participation in governance in Hong Kong," the minister said in a statement.

"This action clearly demonstrates a concerning disregard for Hong Kong's Basic Law and the high degree of autonomy promised for Hong Kong under the 'one-country, two-systems' framework."

Hong Kong was supposed to operate under that framework after Britain handed its former colony over to Beijing in 1997 under an international agreement. But human rights and pro-democracy advocates say Beijing's new national security law is undermining freedom in Hong Kong.