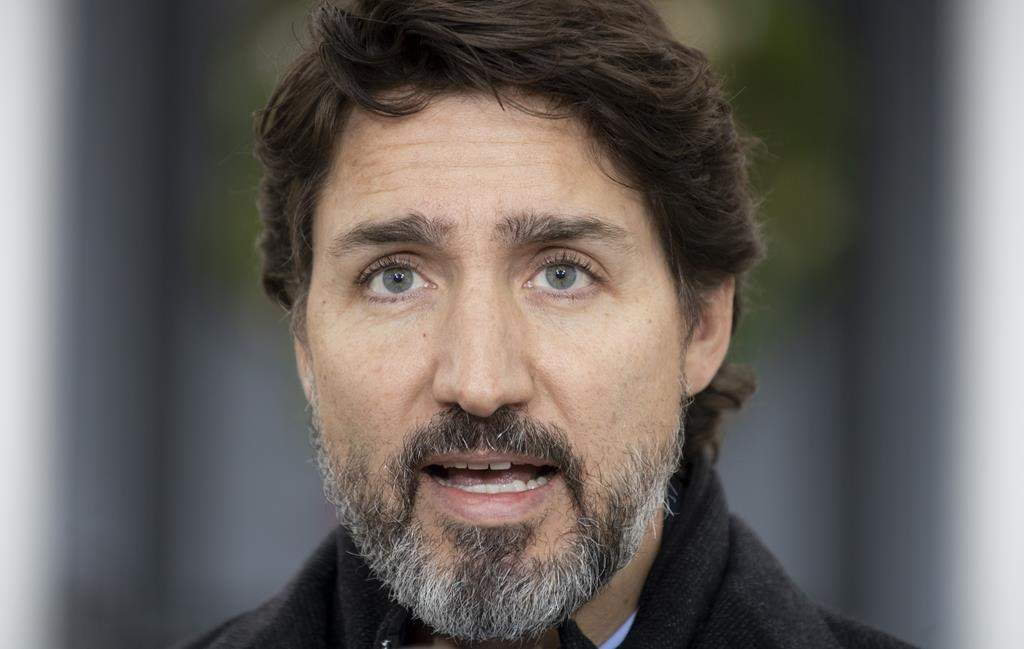 Prime Minister Justin Trudeau speak to the media about the COVID-19 virus outside Rideau Cottage in Ottawa, on Friday, Nov. 20, 2020. Photo by The Canadian Press/Adrian Wyld
Previous story
Next story

Businesses struggling to pay the bills because of the COVID-19 pandemic will be able to start applying today for a long-awaited new commercial rent-relief program offered by the federal government.

The new Canada Emergency Rent Subsidy replaces an earlier rent-support program for businesses introduced in the spring that saw little pickup because it relied on landlords to apply for help.

The new program will cover up to 65 per cent of rent or commercial mortgage interest on a sliding scale based on revenue declines, with an extra 25 per cent available to the hardest-hit firms.

Federal cabinet ministers will highlight the program during a news conference Monday, when they will also open two programs designed to help businesses owned by Black Canadians.

The Canadian Federation of Independent Business, which represents thousands of small companies across the country, is welcoming the new rent program as long overdue for firms hit hard by COVID-19.

However, it is criticizing the government for not opening it to businesses that would have qualified for the previous rent-relief program, but could not access federal funds because their landlords chose not to apply.

Similarly, the Opposition Conservatives are criticizing the government for not rolling out the program sooner, and for shortcomings in the related legislation that still need to be fixed.

The revamped program includes a requirement that entrepreneurs pay their rent before applying, putting the subsidy out of reach for many cash-strapped stores.

Finance Minister Chrystia Freeland, who is scheduled to speak around midday in Ottawa, promised the Canada Revenue Agency wouldn't enforce the requirement for any companies that apply for the assistance.

She has pledged the government will quickly introduce legislation to formalize the directive.

"The government had all summer to come into September with draft legislation that is properly thought out to support small businesses and they blew it," said Conservative MP Pat Kelly, his party's small business critic.

"This is the first day that small businesses have been able to apply for the rent subsidy. Most didn't even qualify for the old subsidy, but even for those that did, that program expired in September, and December's rent is a little over a week away."

Statistics Canada reported last week that commercial rents rose by 0.7 per cent in the third quarter of the year, after a record 1.8 per cent plunge in the second year when the economy took a nose dive due to COVID-19.

Rents for office buildings rose at the fastest pace, followed by industrial and then retail buildings.

The national statistics agency said the rise in commercial rents in the third quarter "reflected the gradual ending of rent relief and abatement that began in the second quarter."