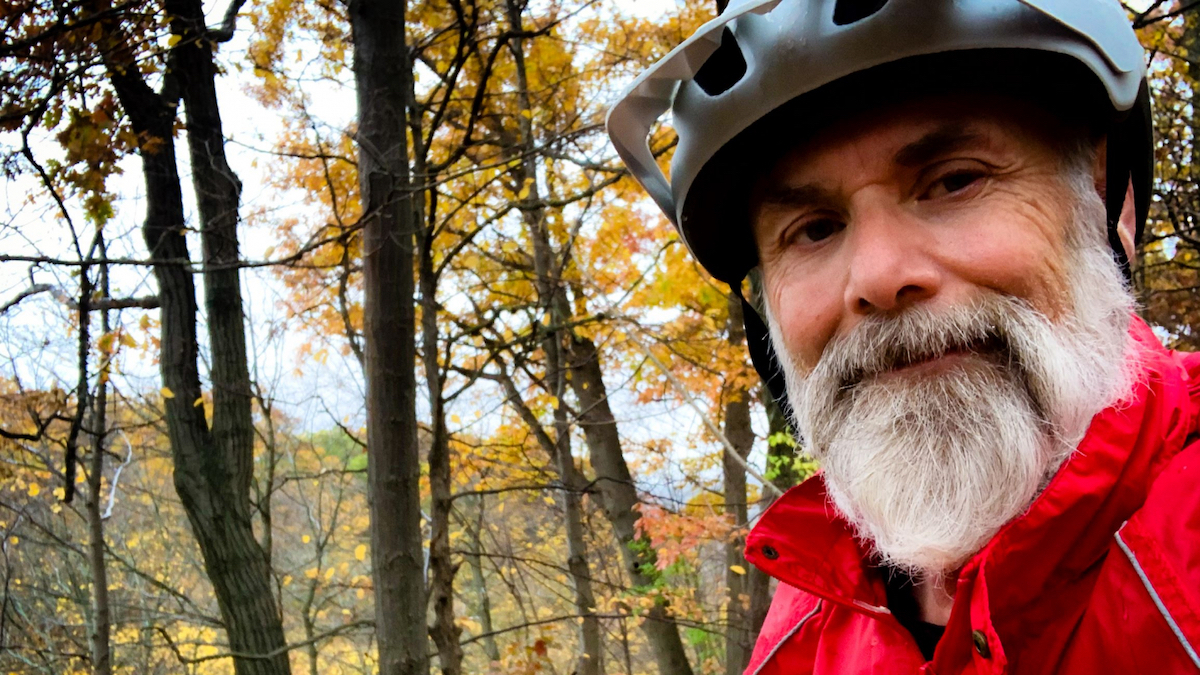 In 2014, when Ross Belot left a 32-year career at Imperial Oil advising senior executives on Alberta oilsands development, he didn’t slink off to a comfortable retirement of golf, tennis and maybe some bird-watching. Instead, the Hamilton, Ont., resident embarked on a second life, enrolling in a master of fine arts program at Saint Mary’s College of California, studying poetry and environmental writing.

His recently released volume, Moving to Climate Change Hours, unsparingly re-examines his work in the fossil fuel industry, the destruction oil is having on the world and society’s complicity through our insatiable demand for gas.

Here, he talks about how he transitioned from oil insider to artist and how he’s using poetry as a means of raising environmental awareness.

You’re currently a poet, but before that you spent over three decades working for Imperial Oil. That’s an unusual career trajectory. How did that happen?

Well, like most people, in high school I was interested in many things. Science, sociology, geography, languages. And then people said: "Get a job." Because I was good at math and English, I channelled myself into engineering and business. Everything else, including the artistic side of myself, got repressed. Until about 2000.

A friend of mine was taking a creative writing course at McMaster. I thought, oh, I used to like writing when I was in Grade 5, maybe I should try writing, too. I found I loved it; it grabbed hold of me.

You were still working in oil and gas at the time?

Yes. I was working when I started taking writing courses, including some programs at the Banff Centre, which really helped in my development. The Banff Centre exposed me to a completely different world view on the environment and politics. I met a totally different mix of people in terms of sexual orientation and race and gender, especially compared to my old white man workplace.

It wasn’t literally all old white men, but functionally, that’s how it felt. So much so that when my first book of poetry came out in 2008, I was almost embarrassed to tell people, ‘Oh, I’m writing poetry.’

It turned out, people were actually way more open-minded than I thought. And a lot of them had their own secret lives outside of work, too. People would say, "Oh, I’m writing a children's book, I'm doing stained glass, I have my Grade 8 piano."

I had no idea. In a highly technical oil refinery, we just didn’t talk about our personal lives like that.

That’s probably true of many workplaces. People are more complex than they allow themselves to appear in a professional context.

Well, yeah. And you know, for me, I ended up in a senior manager position with a lot of responsibilities, and I was also very conflicted. In the 2000s, it had become more and more apparent that climate change was not being managed. Yet I was working for a company developing the oilsands. My job was to look for ways for the company to make more money in the oilsands. There were many conflicts and complexities in that, including the differences between my personal thinking and my workplace. It wasn’t just me. I know a lot of other people at work felt concerned, too. We just didn’t know how to express it.

Why did that internal conflict, as you describe it, strike you more acutely during the 2000s? Was it because there wasn’t the same discourse around climate change when you first started working in oil and gas in the late 1970s?

Actually, in 1979, I took an air pollution course at McMaster University, and we discussed greenhouse gases, the hole in the ozone and acid rain. Bill McKibben’s book on global warming, the End of Nature, didn’t come out until 10 years later, but we were still talking about the issues in 1979. The thought was more like, oh, we're going to solve this. The ozone and acid rain were largely addressed with technology. It’s just that over time I realized that the people in charge really weren’t doing anything to solve greenhouse gases or their consequences.

The consequences of oil are something you explore in the book. Consequences of all sorts, not just climate change. There are personal tragedies, such as people dying in oil refinery accidents, and larger community catastrophes, such as the Lac-Mégantic explosion.

Right. And we are all complicit. I was working in an industry supplying the drug, yes, but everyone is addicted to it. Our whole world is designed to use a lot of fossil fuel at the moment.

As you mention, one of the poems is about Lac-Mégantic. Oh my God. It’s extremely sad. People died who did not deserve it. But one of the things I mention in the poem is that the fuel was being shipped into the northeastern United States for people to have gasoline to drive their cars. People died to feed our addiction.

It’s sort of like how people say around Christmas that they are moving to their winter hours or, during the warmer weather, they are on their summer hours. But there’s more of an ongoing-ness with climate change hours. It’s not something that reverts with the seasons, which is part of the theme of the book. There is an ongoing-ness to the change.

The specific poem, Today We Move to Climate Change Hours, is about heading to a cottage, listening to the radio, listening to a news report about the Paris Accord and complaining about political inaction.

But what is the backdrop of the poem? People are driving a car into the mountains. There's a lot of driving in the book. I’m trying to make it clear that our lifestyles are embedded in the issue.

After you left Imperial Oil in 2014, you could have channelled your ideas into lots of different things. You chose to get an MFA and focus on poetry. What does a poem allow you to do that other forms of activism don’t?

The thing with poetry is it’s really trying to work with the unconscious, to evoke feelings and thoughts that we don't actually have language for. I also write opinion pieces where I am presenting facts and arguments and have a clear thesis.

In the past, I’ve had the naive thought that if you can just present people with the facts, their minds will change. It’s not so simple.

Poetry has its own special flavour. It can provide an insight into the world beyond just the self and allow us to see the other, even just for a moment. It makes us think.

Based on your own experiences in oil and gas, and now reflecting on those experiences in your poetry, have you learned anything about what it will take to move us away from fossil fuels?

If we're just counting on the people at the top to make the change, that doesn't seem to be happening. A lot of our leaders just pretend to be doing something. Pretending wastes time.

Maybe we all need little micro-actions to make even small differences somehow. At St. Mary’s, during my MFA, sometimes a group of us would go and read poetry at the refineries. Maybe you would think that’s not going to make a difference, but maybe that might change even one or two people’s minds.

Maybe what you’re saying is that the world would be a better place if everyone spent a little more time nurturing their creativity and less time so obsessed with money.

One hundred per cent. That’s something I’ve very much learned in the arts. It’s brought an invaluable richness to my understanding of the world.

Well, good on him. Not so

Well, good on him. Not so easy to cut loose from your "side" like that.

Today while driving home on

Today while driving home on the Cambie Bridge in Vancouver I passed a Tesla Model 3 with Alberta plates. I wondered if other Albertans would consider their compatriot a traitor for having an EV. As an ex-Albertan myself who is adamantly opposed to TMX and who strongly supports 100% electrification of the entire Canadian economy, and who has exchanged heated words online with pro-pipeline folks over the years, I would understand that attitude.

Then I had a mild surge of guilt for driving a combustion car fueled by Alberta bitumen refined in Washington state by well-paid American workers into usable, high value products, like gasoline. The surge was momentary; our car is a tiny econobox that was driven less than 5 km but twice in the last 10 days.

TMX is becoming an albatross that will cost Canadians dearly. But the price that will be paid by nearly 3 1/2 million folks living on the south coast of BC -- and another 6 million living in coastal Washington -- will be orders of magnitude higher in the event of a major TMX tanker spill in the shared convoluted channels of the Southern Gulf Islands and San Juan Islands (both are part of the same archipelago).

I will likely order Ross Belot's book and place it on the shelf next to fellow Albertan Kevin Taft's 'Oil's Deep State.' They are excellent expressions of creativity as well as informative references.