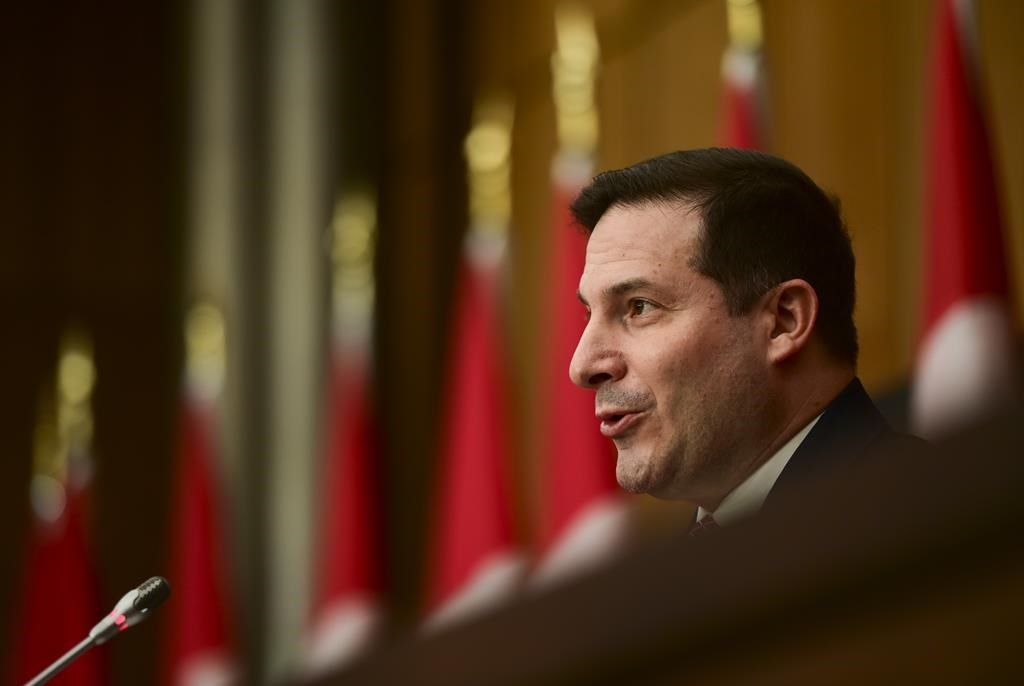 OTTAWA — Some asylum seekers who toiled on the front lines of the COVID-19 crisis earlier this year will be able to apply for permanent residency in Canada beginning Dec. 14.

The federal government announced the program for the "guardian angels" working in health care back in August and has spent the last several months hammering out the details.

Immigration Minister Marco Mendicino unveiled more specifics Wednesday, saying there will be two streams — one for those who live in Quebec and one for those outside the province.

"Canadians are appreciative of asylum seekers and the work they are doing during the pandemic," Mendicino said in a statement.

"Thanks to this special measure, we are recognizing their significant contribution by providing them with a more secure future in Canada."

For both programs, asylum seekers who have been working in a specific list of health-care related professions and who had already claimed asylum before last March 13 will be able to apply for permanent residency.

But eligibility criteria for the program are also being expanded to include spouses or common-law partners of refugee claimants who died after contracting COVID-19.

The government will now also count internship experience done through a post-secondary or vocational training program as part of the 120 hours of work needed to qualify for the program.

Those hours had to have been worked between March 13 and Aug. 14, but on top of that, those eligible have to also accrue a total of six months of working experience in the related jobs by Aug. 31, 2021.

That’s also the last day to apply for the program.

Eligibility criteria for the program are also being expanded to include spouses or common-law partners of refugee claimants who died after contracting COVID-19. #cdnpoli

It’s not clear how many people will qualify or apply.

Before the border closed due to the COVID-19 pandemic, thousands of people had been arriving in Canada and requesting asylum each month, and while they awaited decisions on their claims some had found work in health care.

A large number of one particular cohort of refugee claimants — those who have crossed into Canada from the U.S. — have settled in Quebec, and it is from that province that public pressure began for a special immigration program for those whose jobs put them in harm’s way during the early days of the pandemic.

But designing a program for the so-called "guardian angels" was tricky, as Quebec retains a degree of control over who is allowed to immigrate to the province and had to agree to the criteria.

Quebec’s minister of immigration, Nadine Girault, said the program is aimed at recognizing the exceptional contributions made by asylum seekers working with seniors and people who were sick during the first wave of the pandemic.

"This program, which is a product of the collaboration between the government of Quebec and the federal government, will allow for these people to be selected and granted permanent residence, so they can continue their essential contribution to health care and integrate fully into Quebec society,” she said in a statement Wednesday.

But the decision to currently limit eligibility for permanent residency only to those asylum seekers providing direct patient care in hospitals and long-term care homes has been met with criticism.

Many advocates have noted that asylum seekers work in other professions deemed essential during the pandemic and argue they should be recognized as well.