Mother Jones' Monika Bauerlein and Steve Katz on Trump, Biden and the power of fearless reporting 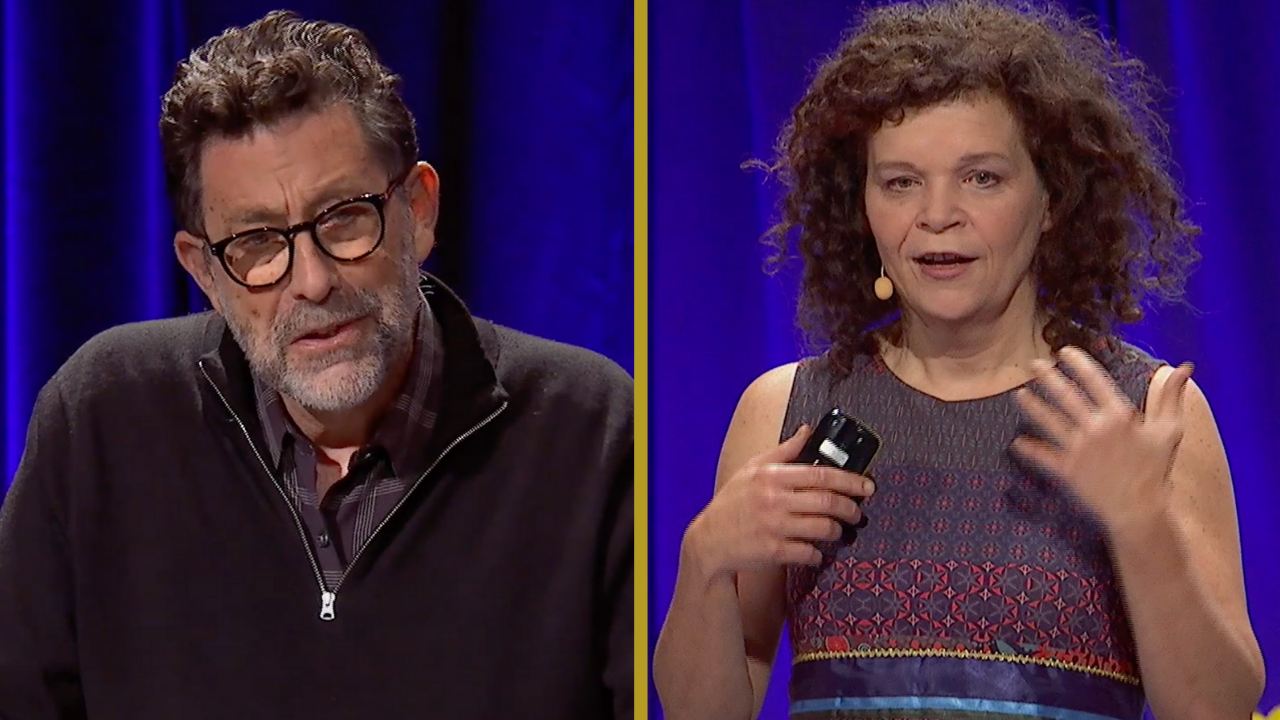 Donald Trump’s four-year stint as president of the United States will be remembered as ushering in a paradigm shift for journalism, with the most obvious consequence of Trump’s tenure being the explosion of a well-fed misinformation culture.

“It’s an embarrassment of riches,” said Bauerlein of the investigative reporting prospects over the past four years. “Every stone you turn over, there’s a scandal under it.”

As the trickle of controversies became a flood, Bauerlein, Mother Jones and news organizations across North America were confronted by a unique dilemma: When every story is a groundbreaking bombshell, how do you keep readers engaged?

“Every day brings an outrage that should consume the news cycle for about a year and a half,” Bauerlein said. The result, she said, has been constant “triaging” to decide which stories to bring to readers.

This circumstance has been worsened by the COVID-19 pandemic, resulting in a specific variety of news fatigue. At the start of the pandemic, Bauerlein noted, readers were desperate for new information and reporting. She cited “a surge of interest in news” in early 2020, but that’s since changed.

“There’s an overload that people are experiencing where they want to turn away,” said Bauerlein, adopting a tack that wasn’t disciplinary or prescriptive, but caring and measured. “As journalists, we need to respect that and help curate the information that we share.”

It’s a vital directive as news media sit “at the knife’s edge between losing the economic and public trust base for journalism,” she said.

Solomon Wood and Bauerlein were joined by Mother Jones publisher Steven Katz, who said these crises have both set the stage for and compounded the severity of misinformation. The point of the Trump administration’s mobilization of opinion around vilifying journalism and journalists was to “delegitimize a fact-based world that you can verify and then debate,” he said.

“There’s an overload that people are experiencing where they want to turn away,” Mother Jones CEO Monika Bauerlein told @Linda_Solomon last week. “As journalists, we need to respect that and help curate the information that we share.”

The flagship campaign of this tactic is QAnon, the not-so-fringe far-right conspiracy theory that Trump is combatting a global ring of satanic pedophiles operating a sex-trafficking ring. The conspiracy has been tacitly and explicitly supported by Republicans and celebrities, and has now developed a strong following in Canada. Though Facebook recently banned QAnon-related pages, most analysts have identified the platform as a key contributor to the proliferation of QAnon.

“Facebook is in large part a disinformation platform,” said Bauerlein, referencing Mother Jones’ reporting on the site. “That disinformation really took off when people were stuck at home. There is a lot of incredibly malicious information that made it into people’s dreams, particularly in the spring of this year, that has pulled a lot of people into wormholes of conspiracy that are extremely dangerous, and I think there will be long-term consequences to that.”

Katz said this trajectory has been abetted by our failure as a technological culture to “fully reckon with the impact of these social media platforms on the discourse.”

“They’re talking to their friends, they’re looking at pretty animals, but the algorithms that the companies feed oftentimes have been gamed and structured in such a way that it invites people and seduces folks down that wormhole of misinformation,” Katz said.

Katz allowed that there’s an element of responsibility for readers to actively interpret what they’re reading, and that contemporary civics demand media literacy. But even those qualities can’t keep pace against an international disinformation machine, he said.

“In terms of the information environment in which we’re operating, it could be the most dangerous and unresolved problem that we’re facing as a society right now,” Katz said.

Facebook, which continues to skirt responsibility by denying that it's a publisher, claims it doesn’t want to regulate speech.

“That’s such a cop-out,” Bauerlein said.

“The problem is not that people are posting the extreme and misleading content,” she continued. “It’s that Facebook is pushing it into the feeds of people who had no interest in searching it out to begin with.”

News organizations, too, have benefited from — and, in some cases, been complicit in — this four-year content purge. Bauerlein noted that billionaire-owned corporate journalism is in the business of “aggregating eyeballs and selling them to advertisers” rather than, like Mother Jones, existing for and because of its readers.

Corporate-backed papers like the Washington Post and the New York Times spearheaded some of the most influential reporting of the past four years, but Katz is interested to see if they remain committed to this track after Trump leaves office.

“What happens to the editorial stance of the mainstream papers now that there’s some sense of a restoration of normality in Washington?” Katz asked. “They all go to the same cocktail parties, and they all went to the same schools. They all circulate through the same think tanks and conferences and stuff. Our guys don’t. I can envision a return to an internal conflict with the journalism scene about how to cover a Democrat when we’re not all part of the quote-unquote resistance.”

Phrased more bluntly: will journalists be committed to capital, or to the cause?

Further to Steve Katz' comments about the manipulative nature of algorithms, readers may want to check out what Ron Deibert of U of T's Citizen Lab had to say about that in several of his 2020 Massey Lectures. Ref. https://www.cbc.ca/radio/ideas/we-need-to-reclaim-our-lives-from-our-pho...