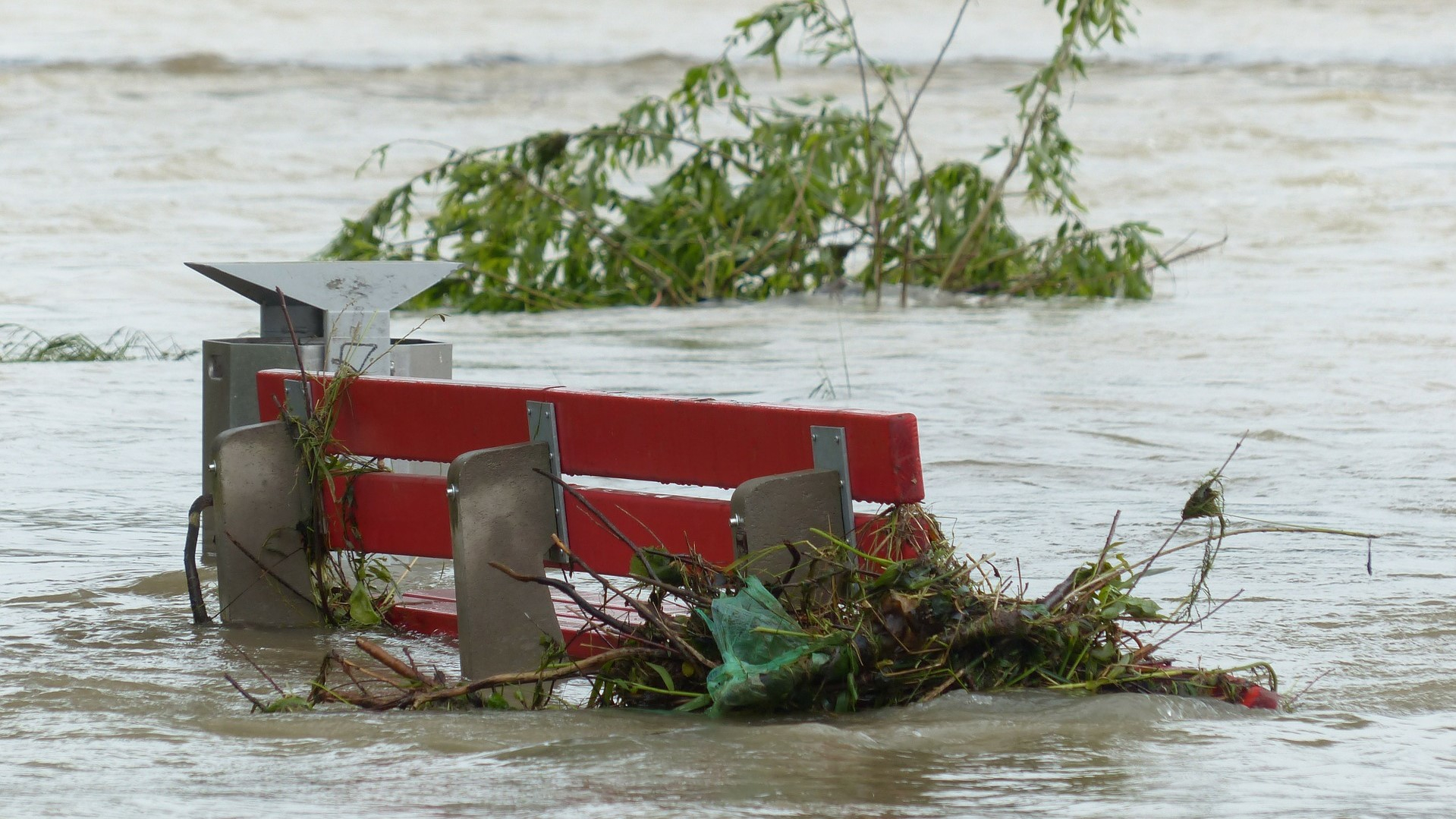 A park bench under water during 2013 floods in Germany. Photo by Hans Braxmeier/Pixabay
Previous story
Next story

Over the past decade, wildfires, flooding, permafrost melt and drought have become a devastating “new normal” in Canada. Disasters attributed to climate change are increasing in number and cost.

In 2018, 19,000 Canadians were temporarily displaced from their homes due to climate-related disasters such as flooding, and for the last three years, the average annual bill for disaster assistance has been $430 million. The vast majority of that — 80 per cent — has gone to areas affected by spring flooding and rainstorms.

Canadians should heed these numbers; an overwhelming majority of our cities are built on floodplains and Canada is currently warming up twice as fast as the global average.

Sea-level rise is a slow-moving, predictable threat, yet a cohesive national adaptation strategy does not exist. Ottawa has even scrapped successful initiatives, like the termination of the Flood Damage Reduction Program in the 1990s.

It is time for Canada to consider proactive strategies to avoid footing the bill for disasters later. For some communities, this may mean relocation. Resettlement will look different for each community, with some moving to higher ground and others moving entirely.

Unless Canada is willing to plan ahead, rural communities with the lowest capacity to cover costs of disruption will continue to be hardest hit. Many are Indigenous communities, such as the Kashechewan First Nation in northern Ontario, where residents are routinely evacuated because of severe spring flooding. These regular evacuations take a toll on communities and impact the health of the population.

The Kashechewan Nation has signed a deal with the provincial and federal governments to begin relocation, but there are fears the government will fail to follow through. Kashechewan had a relocation agreement with the 2005 Liberal government, but the deal fell through after the Conservatives came to power in 2006.

Similarly, Lennox Island First Nation on P.E.I. is anticipated to lose 50 per cent of its land to sea-level rise in the next 50 years. Rising waters threaten cultural heritage sites, the community’s water supply, its sewage treatment facility and critical infrastructure, such as the only bridge connecting it to the rest of P.E.I. The band anticipates having to move from its traditional lands and has acquired property on the mainland.

Some communities like Beaubassin-est, N.B., or Stratford, P.E.I., have developed effective zoning regulations and adaptation strategies, such as sea-level rise protection zones, minimum height building standards and community flood risk education. But for many Canadians, the only realistic approach is to pack up and move.

"Unless Canada is willing to plan ahead, rural communities with the lowest capacity to cover costs of (climate-related disaster) disruption will continue to be hardest hit," say four grad students at UBC's School of Public Policy and Global Affairs.

Additionally, they have improved land use planning and strengthened their insurance policy settings. Across the world, people are incorporating relocation strategies into their climate action response models, which benefits those most at risk from impending climate emergencies.

How are Canadian communities preparing for these issues? In Canada, climate change adaptation and mitigation strategies are ultimately left up to municipalities. Current programs are focused on larger cities, leaving the needs of smaller communities unmet. Compared to larger urban centres like Vancouver, the options available to remote communities with scarce finances are limited, meaning expensive barrier strategies are out of reach.

Programs to help mitigate issues related to climate change exist, such as the Pan-Canadian Framework on Clean Growth and Climate Change. It is intended to meet emissions reduction targets, grow the economy and build resilience to a changing climate, however further funding and research on alternative policy options to anticipate and reduce the number of risks presented by climate change are needed.

To prepare for the impending consequences of climate change, the Canadian government must take a proactive approach on disaster mitigation strategies. And that means funnelling more resources into smaller communities most susceptible to sea-level rise and less able to raise money on their own. Mitigation strategies must include relocation as an option. This will save on gigantic climate disaster relief payouts and spare people in these communities the misery of continually uprooting their lives after disaster strikes.