Canada's public transit on the rebound from COVID-19 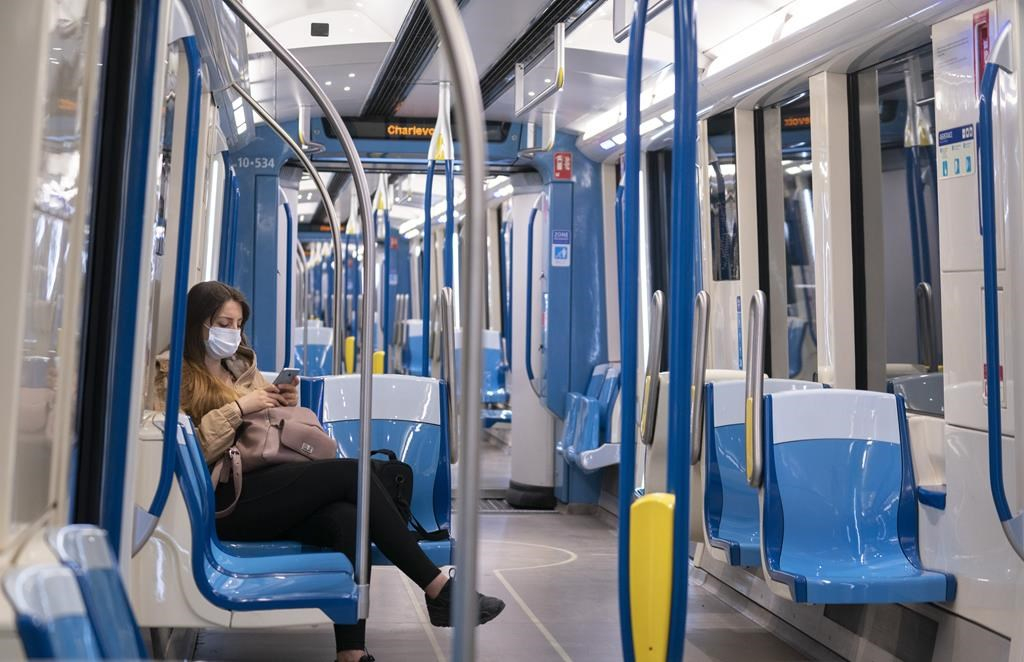 A commuter rides a near-empty subway train in Montreal, on Monday, May 25, 2020. File photo by The Canadian Press/Paul Chiasson
Previous story
Next story

The COVID-19 pandemic has led to massive declines in public transit ridership across Canada, yet many cities decided to maintain service levels this year, while others even chose to expand.

Not long after the global health crisis reached Canada, rates of public transit use across the country dropped by about 85 per cent, according to prof. Matti Siemiatycki of University of Toronto's geography and planning department.

The transportation policy expert said there were fears transit agencies in Canada would have to make drastic service cuts. “Public transit networks have been among the most impacted sectors in the economy from the pandemic,” he said in a recent interview.

Washington, D.C., and Boston have announced major service cuts. In New York City, the local transit authority said in mid-November it may be forced to cut bus and subway service by 40 per cent and lay off more than 9,000 workers.

In contrast, Toronto and Montreal are expanding their transit systems. Luc Tremblay, CEO of the Montreal Transit Corp. said in a recent interview Montreal chose to maintain service levels in 2020 at 2019 levels — despite the fact ridership is about 65 per cent of what it was before COVID-19 hit.

Montreal, Tremblay said, made that choice so service is available when riders decide to return. “It’s the key,” he explained. “Build it and they will come.”

On Dec. 15, as Quebec imposed more COVID-19-related restrictions to stop a surge in infections across the province, the government announced a major expansion to the city's light rail system. Twenty-three new stations will be added to the commuter rail network, with construction set to begin in 2023.

In the country's largest city, the Toronto Transit Commission said service during the week of Dec. 4 was at 95 per cent of pre-pandemic levels. The transit agency said it will maintain the same level of service in 2021. The Ontario government is also moving forward with a $28-billion plan to expand transit in the Toronto area.

The #COVID19 pandemic has led to massive declines in #PublicTransit ridership across #Canada, yet some cities decided to maintain or expand services.

Marco D'Angelo, president and CEO of the Canadian Urban Transit Association, a trade association that represents the country's public transit agencies, said service across the country is currently about 87 per cent of pre-COVID levels.

"Systems are not planning to reduce service, but that will likely change unless governments extend financial support," he said in an email.

Siemiatycki said that while ridership is down, the health crisis has shown the importance of public transit. “Even through the pandemic, transit played a critical role in our economies," he said. "Transit was a lifeline service for people to reach their front-line place of employment."

Daniel Bergeron with Montreal's public transit authority said he expects the pandemic-induced decline in ridership to have an almost $1-billon impact on the agency's budget between 2020 and 2022. He said government subsidies will help cover most of the shortfall, but added that expenses will need to be cut and improvements put off in order to continue to offer service at 2019 levels.

When the pandemic is over, people will move around differently, he said, adding that he expects service to increase outside traditional peak periods. People working from home will be more likely to take trips during the day instead of at rush hour, he said.

“In the short term, there’s uncertainty," he said. "But in 10, 20 years, it will be a new normal but still normal. We may have a bit more working from home, but it’s not open to everybody.”