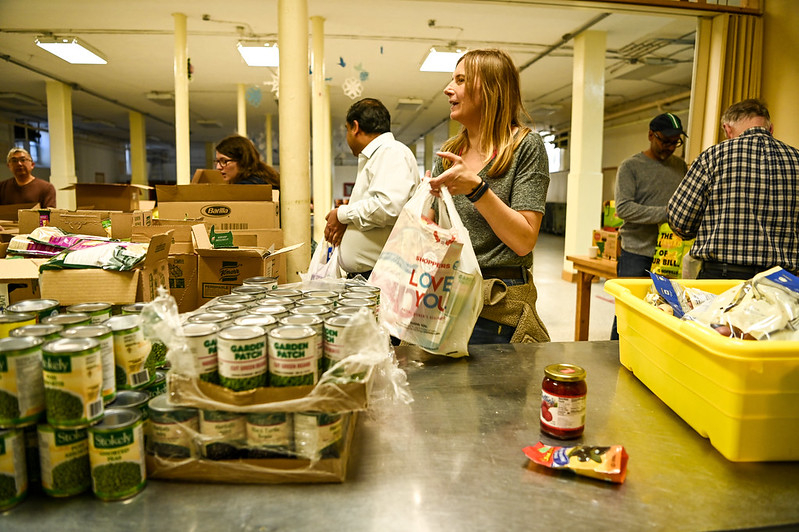 According to numbers released by Statistics Canada in June, one in seven Canadians said they faced food insecurity within their household in the past 30 days. Photo by Michael Swan/Flickr (CC BY-ND 2.0)
Previous story
Next story

The federal government announced Friday it would distribute $100 million to food banks and other food security organizations struggling with too few resources and increased demand during the COVID-19 pandemic.

The funds were announced at a virtual news conference, where Agriculture Minister Marie-Claude Bibeau detailed the third round of funding under the Emergency Food Security Fund, bringing the total spent during the pandemic to $300 million.

According to numbers released by Statistics Canada in June, one in seven Canadians said they faced food insecurity within their household in the past 30 days.

Josée Desjardins, national vice-president of the Breakfast Club of Canada, which is receiving $18.5 million, said the extra money will allow her group to expand its breakfast program to half of the schools on its 100-school-plus waiting list, the majority of which are in B.C. At the start of the 2020 school year, program attendance increased 30 per cent across the country. The club hopes to serve an additional 200,000 children by September 2021.

“There are two things: Obviously the need has increased, as well as the cost per breakfast ... due to all the public safety measures that need to be taken into consideration,” she said, referencing personal protective equipment and the shift towards pre-prepared food.

Desjardins said demand was already high before COVID-19, especially in B.C. and particularly Vancouver, where cost of living is especially high.

“We had an initial spike of need that was very grand. We ran out of perishable products for the first time in a decade, literally, and had lineups that were literally blocks long,” she said.

But things started to slow down once the Canada Emergency Response Benefit was put in place.

Agriculture Minister Marie-Claude Bibeau detailed the third round of funding under the Emergency Food Security Fund on Friday, bringing the total spent during the pandemic to $300 million. #cdnpoli #foodbanks #foodsecurity

“We’re at a point now where our client base has plateaued again and it’s even below a little what it normally would be at this time of the year, but we anticipate nationally a spike once we figure out what happens with the financial supports provincially and federally,” she said.

For Desjardins, the money is a welcome help, but also a reminder of what her group wants to achieve — a national school lunch program. She said the boosts from the government are helpful, but that more permanent solutions are needed to solve food insecurity in the country.

“The only thing we hope ... with the help of the government and ... the private sector is to create (a) national school feeding program,” she said. “So this is good what we’re doing, but we get to make sure that the children and youth can benefit from a healthy meal, year after year.”

Desjardins is right. Frankly, we shouldn't need food banks. They did not always exist; we should and could make them unnecessary.