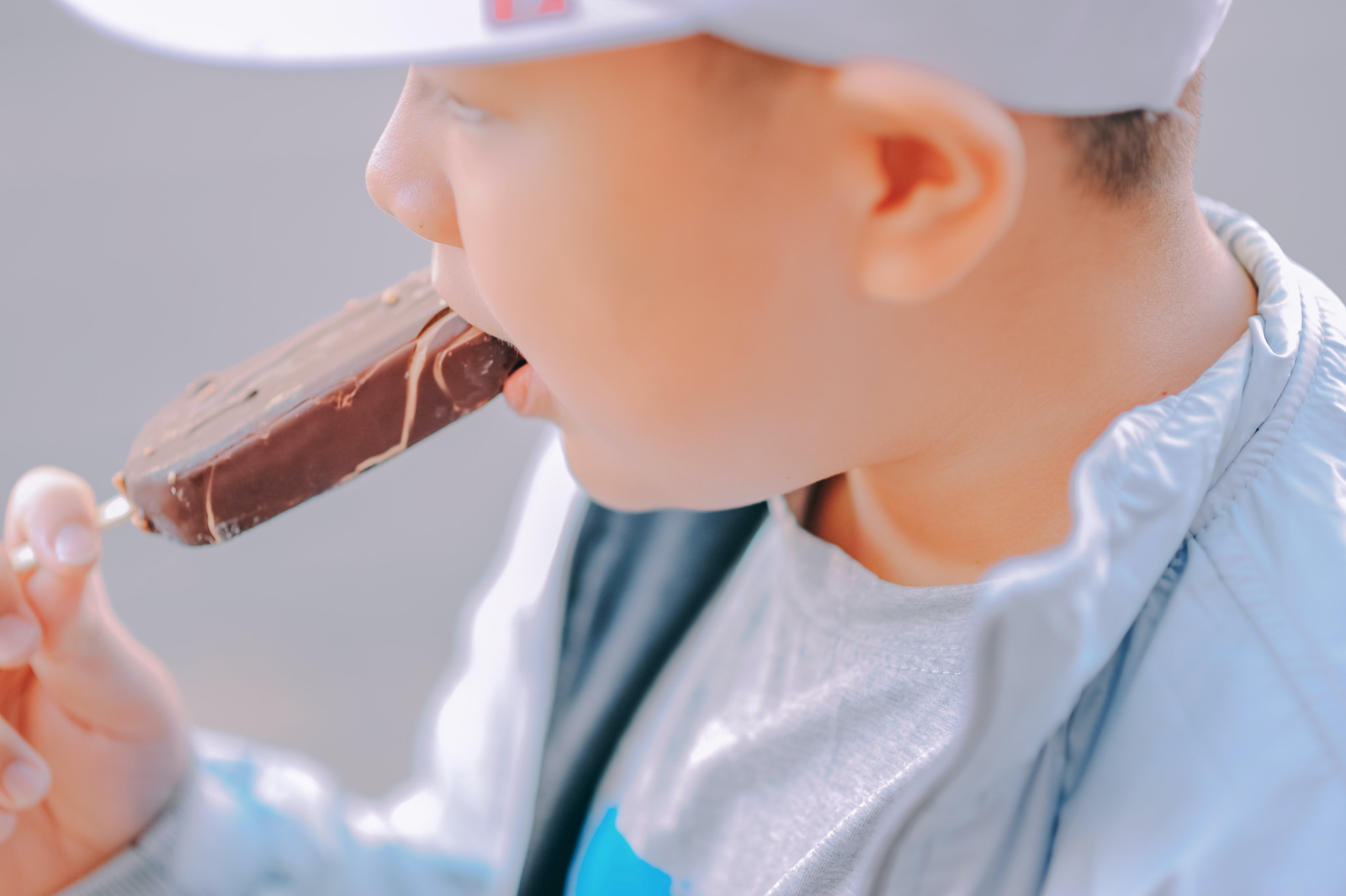 A child enjoys an ice cream treat. Health Canada will examine the impact of social media food ads that target children, especially ones that feature products high in salt, sugar and fat. Photo by Min An/Pexels
Previous story
Next story

After years of promising to ban kids’ food advertising, Health Canada has announced it will spend about $200,000 to study the impact of social media food ads targeting children.

Experts hope the move is an indication that Prime Minister Justin Trudeau is finally prepared to make good on his word.

In a 2015 mandate letter, Trudeau tasked Jane Philpott, the health minister at the time, to introduce “new restrictions on the commercial marketing of unhealthy food and beverages to children, similar to those now in place in Quebec.”

The same commitment has been mentioned in all subsequent health minister mandate letters up to 2019.

The main focus of the study will be on social media “because it is a significant source of children’s exposure to food marketing … in particular on social media platforms such as YouTube and Instagram,” Health Canada wrote in a statement.

Manuel Arango, director of policy and advocacy at the Heart and Stroke Foundation, believes the study is a step in the right direction but wants more action.

“We’re hoping that the government lives up to its commitment and puts forward government legislation,” Arango said.

Over the years, several federal bills have been introduced to amend the Competition Act and the Food and Drug Act to restrict commercial advertising to children. However, none have passed.

Health Canada said it couldn’t find any Canadian research on the impact of social media ads, so the main focus of the study will be to establish “baseline measurements” to examine how much children are exposed to food ads on social media and compare it over time.

Health Canada has selected The Outlive Lab, an anti-obesity research team, to do the study. Monique Potvin Kent, director of the lab, said it’s critical to regulate online marketing to children because it’s becoming more difficult for parents to control.

After years of promising to ban kids’ food advertising, Health Canada has announced it will study the impact of social media food advertising targeting children. Experts hope it means the prime minister will make good on his word. #cdnpoli

“It’s very different from television advertising … Parents don’t see what their kids are seeing when they’re online,” Potvin Kent said. “They can target people much more precisely from all the data that’s collected.”

“They can’t differentiate between marketing or advertising and something that’s factual,” Arango said. “They take it or interpret it as reality,” which poses health risks when looking at the amount of unhealthy foods advertised, he added.

According to a 2017 report by the Heart and Stroke Foundation, 90 per cent of online food and beverage advertisements viewed by youths promoted products high in sugar, salt and saturated fats.

The number of Canadian children with obesity has tripled since 1979, with almost one in three children overweight or obese, the report added.

Arango isn’t surprised that Quebec — the only provincial jurisdiction that bans child advertising — is an exception to this trend. The province has the lowest obesity rate in Canada among children aged six to 11, and the highest rate of vegetable and fruit consumption, according to the report.

But Arango pointed out a “loophole” in Quebec’s laws.

“It’s a restriction on marketing of any products that are directed to kids, so that means you can advertise an adult eating a Big Mac on a children’s show as long as it’s not a child eating it,” Arango said.

Still, Arango said it’s a better option than having private companies make up their own rules.

Since 2007, 16 food and beverage companies, including Coca-Cola and McDonald’s, have set their own marketing standards through the Canadian Children’s Food and Beverage Advertising Initiative.

The Health Canada study is expected to run until March 2022.