Indigenous women leaders are having a #MeToo moment 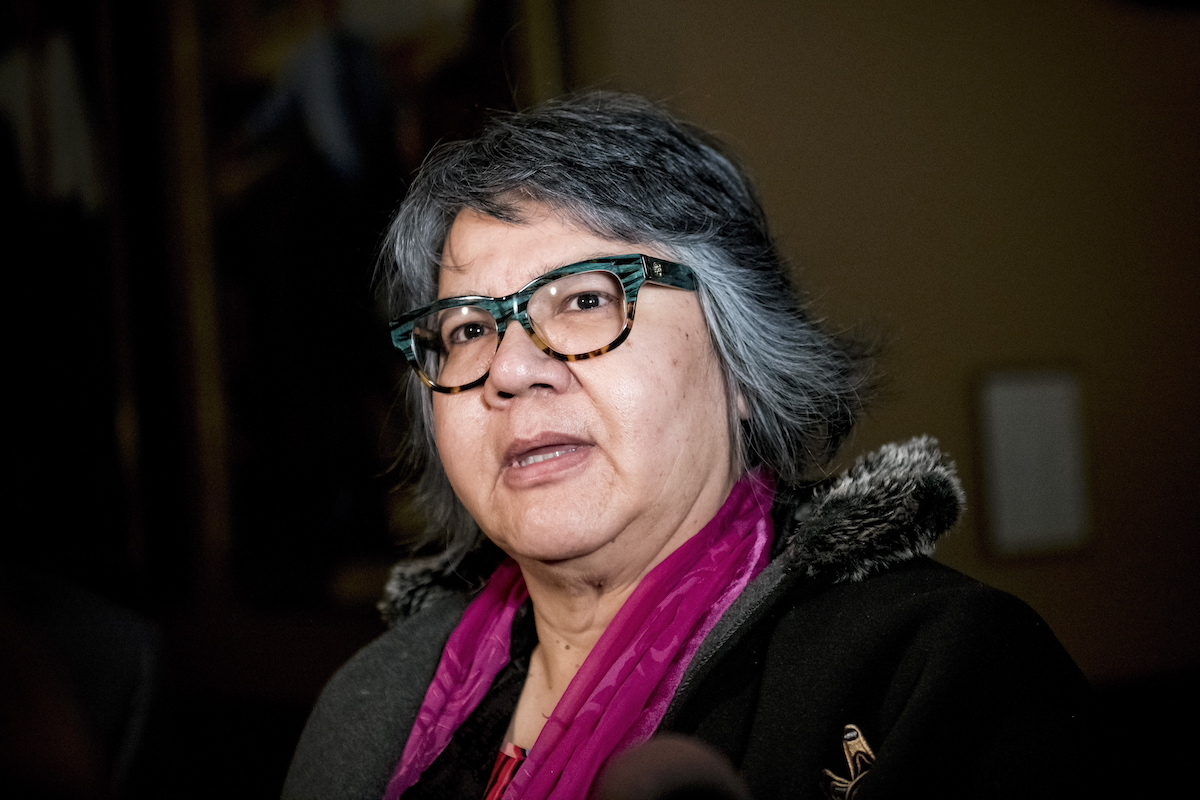 There’s a story I know that gets told around Indian country.

“Where are your women?” he asked.

I don’t know if that story is factual. It may be a parable. Still, there’s truth in it.

First Nations are diverse, but with few exceptions, women traditionally exercised our will on our communities’ governance through women’s councils, clans or kinship ties and commerce. At the risk of simplifying a complicated history, legalized gender discrimination in the Indian Act forced First Nations women out of the political space. Residential schools, family unit breakdown, the loss of traditional economies and media stereotyping all devalued and displaced us.

We know this through our oral stories. The history is documented in government archives, recorded in books and catalogued in the Inquiry into Missing and Murdered Indigenous Women and Girls (MMIWG).

Our elders tell us equality between men and women is a cultural value, and our nations will never be whole or strong until we reverse the harm done.

That language gets written into the speeches of our Indigenous male leaders.

Sometimes those political speeches sound like lip service. And I am not alone in that observation.

"In our elected governments, First Nations might want to ask ourselves: Where are our women?" @karyn_pugliese writes for @NatObserver. #Indigenousrights #genderequality

A resolution recently passed at the Assembly of First Nations (AFN) will be important in separating rhetoric from sincerity. The resolution calls for an investigative review of specific incidents of discrimination against women and people of different sexual orientations within the AFN.

“Our values used to be that we respect and honour and hold our women up, and that is not always the case. We are complicit in some of this, too,” said Chief Doris Bill, of the Kwanlin Dün First Nation in Yukon, who co-initiated the resolution. “Change is hard. I know that. Looking inward is hard.”

Bill was surprised the resolution passed, and even more surprised it passed with substantial support — 78 per cent of the votes.

First Nations women have been slowly pushing their way back into the political field. Often, it has been behind the scenes as policy analysts, speechwriters and legal advisers. At the AFN, 60 per cent of the 127 staff are women, and women make up half of the management team. This has been true for many years, including when I worked there a decade ago.

But in our elected governments, First Nations might want to ask ourselves: Where are our women?

Before 1951, Canada did not allow women to run for political office in the band government system it imposed on First Nations. In 1954, Elsie Knott of Curve Lake became the first woman elected chief of a band government. By 2011, there were 120 female chiefs — about 19 per cent, according to the AFN.

The AFN says it no longer tracks the proportion of women in leadership.

Cora Voyageur, a sociologist and an Anishinaabe of the Athabasca Chipewyan First Nation, interviewed 64 women for her paper, "Female First Nations Chiefs and the Colonial Legacy in Canada." They were well educated, had administrative experience, and most had been community workers or activists before being elected.

If those interviews indicate what it is like to be a woman in First Nations politics, it’s no wonder so few ever run for office.

Frankly, the paper makes it sound like a shit show.

On top of running their communities, female chiefs still had a full load of housework. In some cases, men in the band office undermined them; one flat-out told the chief he would not work for a woman. The paper catalogues stories of intimidation and threats of violence. One chief stated a car tried to run her down when she was walking; another had her home vandalized.

In a post-#MeToo, post-MMIWG era, female leaders are asking for change and accountability.

One very public case involved Morley Googoo, a regional chief elected to the 11-member board of governors, also known as the AFN executive committee. Googoo also served on a tripartite forum in Nova Scotia, which involved four levels of government. In 2018, two separate workplace investigations upheld allegations by multiple women that Googoo had bullied, intimidated, harassed and threatened them. There were also allegations of assault.

Googoo staunchly denied everything in the reports. The allegations have not been proven in court.

In the fallout, chiefs in Newfoundland and Nova Scotia voted Googoo out. The AFN executive adopted a code of conduct to create a “safe environment, free of violence, discrimination and harassment.”

But Cheryl Maloney, the former president of the Native Women’s Association of Nova Scotia, who filed the complaint, said none of that got to the root of the problem.

The forum took its time investigating the complaint. No one accepted responsibility or wanted to help her work on better ways to handle future complaints; forum members insisted it was not their jurisdiction, she says. So, Maloney filed four complaints with the Canadian Human Rights Commission (CRHC) — one against each government level — to sort out who is accountable.

“The jurisdictional issues mean there is a lack of safety for women; that’s how they (men who harass women) are getting away with it. No one is responsible. Someone has to be responsible for this behaviour or it breeds,” Maloney said.

The AFN would not comment on Maloney’s case since it is before the CHRC.

However, at a special assembly held earlier this month, AFN legal counsel Stuart Wuttke confirmed jurisdictional gaps. He said labour law, workplace policies and the CHRC cover AFN staff, but “tripartite councils, or political leaders and guests who attend assemblies are not covered by any binding policies or code of conduct.”

As for the code of conduct adopted by the AFN executive, not everyone thinks it’s working.

Two sources who have attended executive meetings spoke to me on condition of anonymity. They said both Ontario Regional Chief RoseAnne Archibald and Yukon Regional Chief Kluane Adamek have been targets of lateral violence. They described instances where the male-dominated committee told the female chiefs they did not need to heed their opinions because they can outvote them — only three of the 11 chiefs on the executive committee are women.

An executive meeting held by video conference on Sept. 4 was described as particularly volatile, with one male counterpart drowning out Archibald’s efforts to speak.

When asked if there’d been any code of conduct complaints, the AFN replied: “The complaints and disputes within the AFN executive, those are in-camera meetings, and we are prohibited by the regional chiefs from disclosing any details related to their discussions.”

However, Archibald went on the record publicly: “Women are not always respected, especially at the executive. We have had very difficult moments.”

Adamek did not discuss what happened inside the September meeting specifically, but said she reached a “decision point” shortly after and told her chiefs back home in Yukon about events at AFN.

“We’ve all seen things that we don't like. We need to create safe spaces for women and LGBT2QL people,” said Adamek. “No one should have to leave a meeting feeling interrupted, not being respected or because of comments about age, gender or physical appearance.”

On Nov. 2, Yukon chiefs passed a resolution calling on the leadership at the AFN “to conduct itself in a manner that: is reflective of the matriarchal nature of Yukon First Nation communities and governments; promotes and protects women’s rights, including their right to be part of decision-making processes.”

All of this has left what one might call a “mood” among the chiefs, at least within the 78 per cent at the assembly who supported the investigative review.

There was a debate about it. Some chiefs wanted to soften the language to a “review of policy” rather than an investigation of incidents. AFN legal counsel warned it could open the AFN up to civil suits.

Despite these concerns, it passed.

And that has both Chief Adamek and Chief Bill hopeful.

“It is increasingly clear, because of the inquiry, because of the space opened up by the #MeToo movement, it’s time to take this seriously and seek to represent all First Nations people by providing a safe space,” said Adamek.

A line in this story was removed after Indigenous Services Canada gave our columnist incorrect information about the number of women leaders.