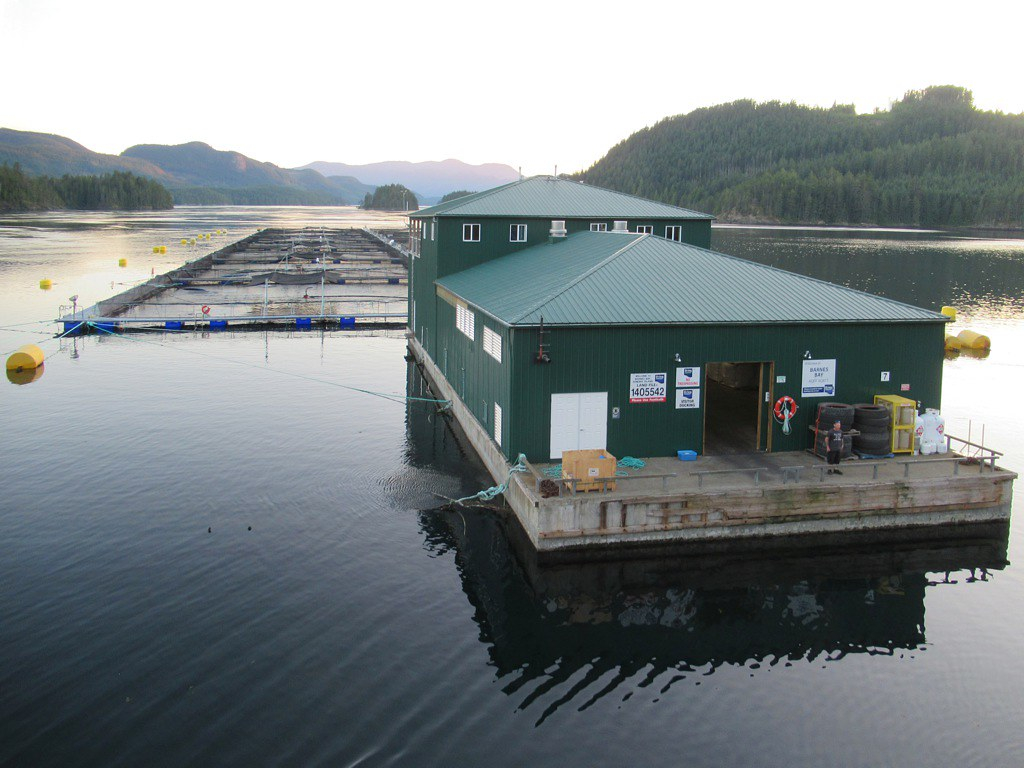 Aquaculture stakeholders and regional mayors are concerned about job losses and economic impacts when fish farms, such as the Grieg Seafood Barnes Bay operation pictured above, are closed in 2022. File photo David Stanley (CC BY 2.0)
Previous story
Next story

A coalition of industry stakeholders and Vancouver Island mayors wants Ottawa to outline how it plans to address the potential impacts of its decision to phase out fish farms in the Discovery Islands.

Four northern Vancouver Island mayors and the BC Salmon Farmers Association’s board of directors issued a letter to federal Fisheries Minister Bernadette Jordan on Tuesday asking her how she’ll help coastal communities reliant on the industry recover.

“Your shocking decision to order Discovery Islands-area salmon farms closed directly puts at risk 1,500 jobs supported by those farms in the short term, while in the long term striking at a sustainable (COVID-19) recovery industry and at the economic viability of the entire $1.6-billion salmon farming industry in B.C.,” the letter reads.

Mayors Andrew Adams of Campbell River, Dennis Dugas of Port Hardy, Brad Unger of Gold River and Gaby Wickstrom of Port McNeill were signatories of the open letter criticizing the recent decision to wind down operations over the next 18 months.

Salmon farming is one of the region’s most significant local employers and the decision risks the viability of North Island’s Indigenous and non-Indigenous communities, the letter outlined.

“Yet you made this decision without even speaking to the industry, nor locally elected officials who deeply understand B.C.’s salmon farming communities and have a direct interest in your action,” the stakeholders wrote.

Aquaculture operators have lambasted the minister for giving the industry little warning about the decision, which was made just before Christmas.

On Dec. 17, Jordan announced 19 fish farms in the Discovery Islands, northeast of Vancouver Island, must close by June 30, 2022. And in the meantime, no new fish can be added to farms in the area.

The decision was largely the result of consultations with the region’s seven First Nations, which had overwhelmingly expressed concern about the operations in their traditional territories, Jordan said.

The contentious fish farms, located along key migration routes for juvenile salmon, were the focus of heated public and scientific debate on the harms the operations might pose to wild fish stocks.

Mowi Canada West is the largest aquaculture operator in the region. It owns 13 of the area’s salmon farms, and nine were empty of fish when the decision came down.

The loss of its Discovery Islands operations will affect 30 per cent of Mowi’s total average annual harvest volumes in British Columbia from 2022, it stated in a stock exchange announcement after the decision.

The company’s 2021 harvest volumes won’t be impacted, Mowi Canada West said, adding it is developing a mitigation plan and revised strategy for its B.C. operations.

Mowi Canada West representatives did not respond to requests for comment around operational impacts and possible mitigation strategies before publication deadline.

The company, based in Campbell River, is participating in a social media campaign, #coastaljobsgone, where fish farm employees and supporters outline the possible economic and emotional repercussions of the phaseout.

The federal announcement has caused fear and uncertainty for people working in aquaculture and who rely on the industry to provide for their families, North Island-Powell River MP Rachel Blaney said in a statement.

The priority is to support workers, families and communities that are facing deep concerns and uncertainty over the holidays and heading into the new year, the NDP MP said.

She has reached out to the region’s mayors and operators and shares their concerns, Blaney added.

“I look forward to constructive conversations about next steps with them, industry representatives and workers from our communities,” Blaney said, noting people in aquaculture may feel their work and industry is under attack.

“But all of us who live in the communities that dot our coastlines share a love and respect for wild salmon and our oceans,” she said.