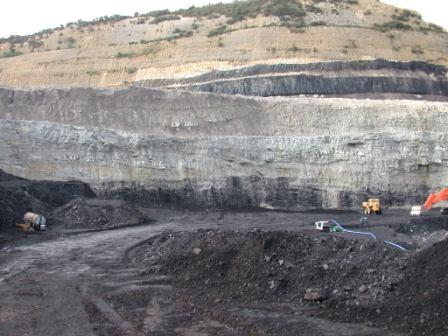 EDMONTON — Critics are asking why Alberta Environment has been sitting on years worth of data about pollution from coal mines while the government considers a dramatic expansion of the industry.

On Monday, The Canadian Press reported on analysis of coal mine contamination in the Gregg and McLeod Rivers and Luscar Creek near Jasper, Alta., dating back to the 1990s. It found toxic levels of selenium many times over the amount considered safe for aquatic life.

The Gregg and Luscar Creek mines closed in the early 2000s. Selenium levels from both declined, at best, only gradually over more than 15 years of remediation.

In the case of the Cheviot mine on the McLeod River, levels gradually grew between 2005 and 2017. The operation closed last June.

The data also shows the provincial government knew about the levels for at least 15 years and did not report anything after 2006. The information was available in raw form, but Schmidt said it isn't enough to simply collect information.

"There are numbers and then there are the numbers that the stories tell. That's the piece that's missing."

The New Democrats were in power for four of those years. Schmidt said sitting on the information is worse now because Alberta is going through a wrenching debate over the present government's plans to expand the industry by opening up the Rocky Mountains to open-pit, mountaintop coal mines -- an option that did not exist under the NDP.

"This data's relevance is more important now," he said.

Alberta Environment has pointed out that the raw data has always been public. Spokesman John Muir promised the province would soon release its own report on water downstream of coal mines.

Lack of action shows that monitoring often promised by industry and government as new projects are considered isn't enough, said Katie Morrison of the Canadian Parks and Wilderness Society.

"On those rivers we're seeing that monitoring hasn't been enough to actually control selenium. We just continue to promise monitoring. We didn't see action to bring those selenium numbers down."

A 2006 provincial report found that selenium was already harming fish. As well, a 2005 published study co-authored by provincial scientists found rainbow trout were suffering facial and skeletal deformities from selenium.

The province has recently sold about 1.4 million hectares of coal exploration leases. Hundreds of drill sites and kilometres of new roads have already been permitted on previously unmined mountainsides. One new coal mine, Benga Mining's Grassy Mountain project in the Crowsnest Pass in southwestern Alberta, is before a joint federal-provincial review.

The information on the old coal mines shows what's at issue for new ones, said Morrison.

"Those stakes are really high. (Selenium release) has been happening other places and they have not been able to get the selenium under control."

Benga says a new method should allow the mine to treat 99 per cent of its selenium. As well, the mine has been designed to minimize contact between water and selenium-bearing rocks, the company says.

Morrison said that treatment is still unproven. She said if its efficiency falls to even 90 per cent, selenium levels in nearby streams will cross thresholds safe for aquatic life.

Morrison said her group produced expert testimony at the Benga hearings suggesting the company doesn't have a convincing long-term plan for controlling selenium long into the future.

"We have not seen that technology work at the scale that we'll need it to or with the amount of selenium we're likely to see."

This report by The Canadian Press was first published Jan. 26, 2021

Jason Nixon could well be the

Jason Nixon could well be the Environment ministry’s worst minister ever, being more of an apologist for oil, gas and coal than an advocate for what he is pledged to oversee. There is no lack of talent and commitment on the part of staff within the ministry in gathering, collating and reporting on monitoring data, whether for air and water quality, mountain caribou, Athabasca Rainbow Trout, and on and on. The greatest impediment to fulfilling the Ministry’s mandate continues to be political fettering, where sound environmental planning is overridden by political expediency in support of lobbyists as the current minister so vulgarly demonstrates. Nixon has had more to say about supporting oil, gas and coal in Alberta than he has about the state of the environment. Jason Nixon, worst environment minister ever. What a legacy.