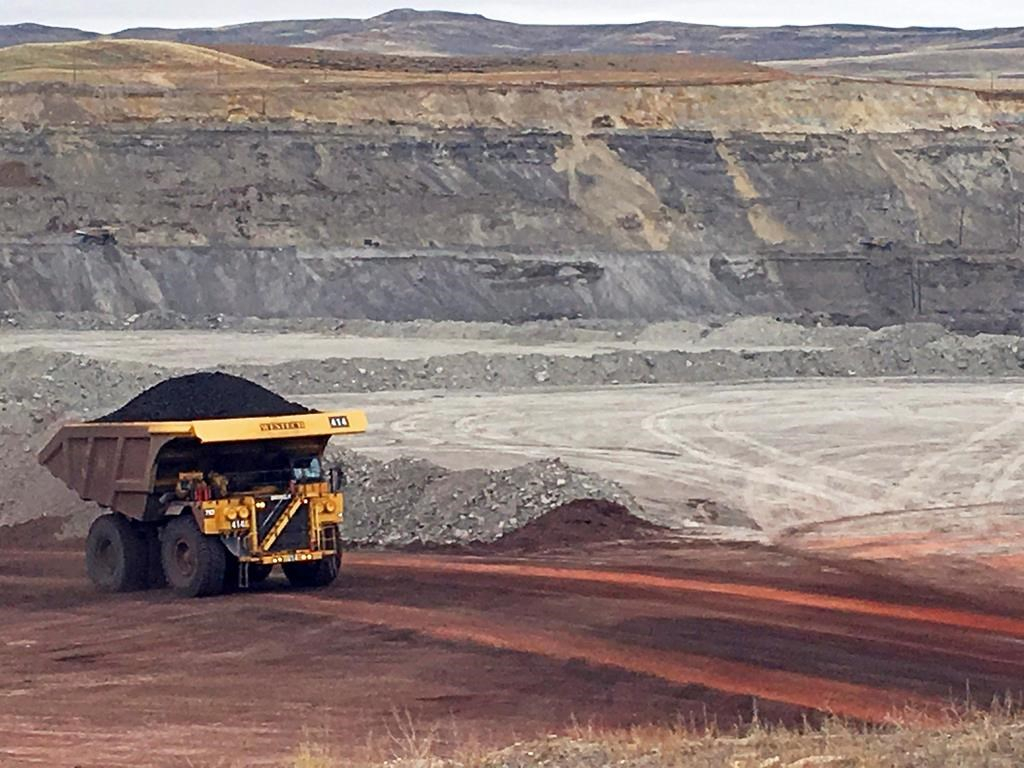 In this March 28, 2017, file photo, a dump truck hauls coal at Contura Energy's Eagle Butte Mine near Gillette, Wyo. File photo by The Associated Press/Mead Gruver
Previous story
Next story

The province's plan for large-scale expansion of the industry is fuelling widespread criticism that includes concerns over selenium pollution. The data shows that same contaminant has been found for years at high levels downstream of three mines and never publicly reported.

The findings raise questions about Alberta Environment, said a former senior official who has seen the data.

"There were lots of (selenium) numbers and it was consistently above the water quality guidelines and in many cases way higher," said Bill Donahue, the department's one-time executive director of science. "Why did Alberta Environment sit on these data for easily the last 10 to 15 years?"

Donahue left the department in 2018 after the NDP government of the day dissolved the Alberta Environmental Monitoring Evaluation and Reporting Agency, an independent body intended to fill information gaps.

Before resigning, he had become concerned about selenium in the Gregg and McLeod rivers and in Luscar Creek, all in the Rocky Mountain foothills east of Jasper, Alta. He took the data with him when he left and recently analyzed it for The Canadian Press.

"The results are stark," he said.

Since at least the late 1990s, Alberta Environment has monitored water upstream and downstream from the Luscar, Gregg River and Cheviot mines.

Donahue looked at water samples from 1998 through 2016, taken upstream and downstream on the same day.

The level was exceeded in about one-quarter of the McLeod River samples.

"This is not a subtle story," said Donahue. "This is shocking."

"We have key experts working on our own water quality studies to better understand the conditions of watersheds and aquatic life downstream of coal mining operations," he said. "(We) will make those findings publicly available."

Muir pointed out that all raw monitoring data is available on a searchable database.

He said the mines in question pre-date modern regulations and technology.

An Alberta government document on reclaiming the mine sites states: "Current assessments indicate there is no risk to humans who drink water or eat fish containing excessive amounts of selenium."

Selenium is a naturally occurring element vital in small amounts but toxic in excess.

In fish, it can damage the liver, kidney and heart. It can reduce the number of viable eggs a fish can produce and lead to deformed spine, head, mouth, and fins.

In humans, it can cause nausea, vomiting, hair loss and fatigue.

The last time Alberta Environment reported on selenium in the three waterways was 2006. Using data collected in 2000 and 2001, it concluded "selenium concentrations in rainbow and brook trout were usually greater than toxicity effects thresholds."

Why the subsequent silence? asks Donahue.

"They knew when a report was published that selenium was a problem in these systems related to coal mining. It draws a lot of questions."

Last May, the United Conservative government revoked a policy that protected much of the eastern slopes of the Rocky Mountains from open-pit coal mining. The area is home to endangered species, the water source for much of the southern prairies, and one of the province's best-loved landscapes.

Hundreds of exploratory drill sites and kilometres of access roads have now been scribed into its wilderness, documents from Alberta's energy regulator show. One open-pit coal mine proposal is before a joint federal-provincial review panel.

More than 100,000 Albertans have signed petitions opposing the plans. Opponents range from small-town mayors to ranchers to popular entertainment figures, including Corb Lund and Jann Arden.

Mining opponents point across the boundary into British Columbia, where selenium from coal mines in the Elk Valley has created serious contamination problems.

The lingering contamination from the three Alberta mines shows the stakes are high, said Donahue.

"These pollution problems have persisted long after the closure of coal mines."

This report by The Canadian Press was first published Jan. 25, 2021