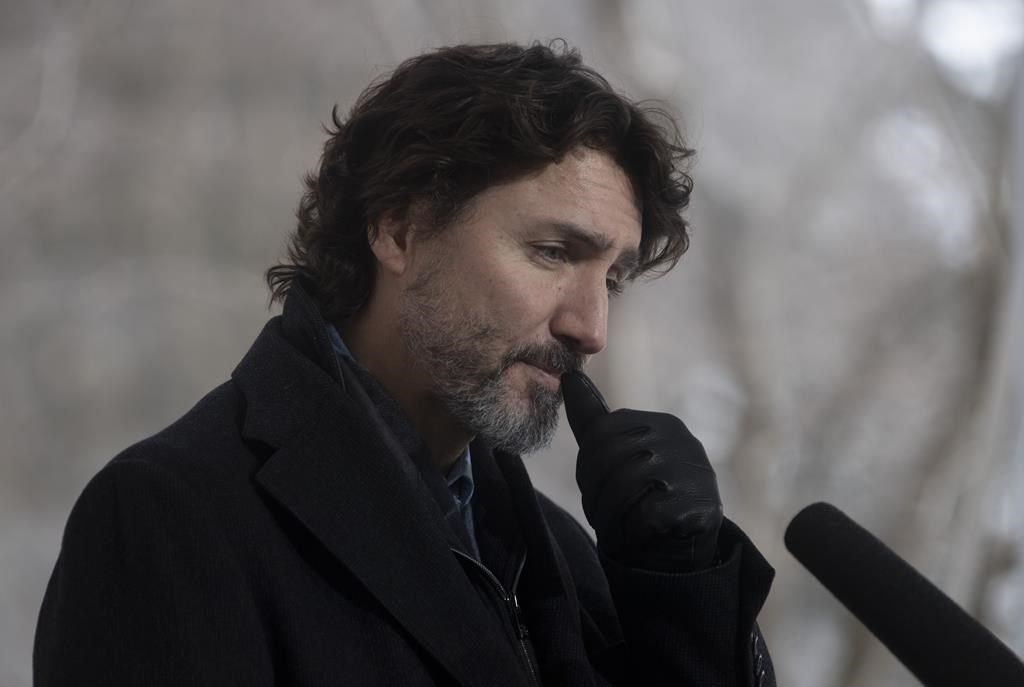 Prime Minister Justin Trudeau listens to a question during a news conference outside Rideau Cottage in Ottawa, on Friday, Jan. 15, 2021. File photo by The Canadian Press/Adrian Wyld
Previous story
Next story

Trudeau has urged Canadians for weeks not to take any non-essential trips outside the country.

And he has warned that the federal government could impose restrictions at any time that would make it harder for them to return.

He is expected to follow up those warnings today with action in time to stop an exodus of winter-weary Canadians from taking advantage of the coming March break to vacation in warmer climes.

Quebec Premier Francois Legault has been urging Ottawa to require anyone returning from abroad to quarantine for two weeks in a hotel, at their own expense.

Trudeau, who has conspicuously left the door open to that option, is expected to adopt it today.

He is also expected to announce other measures to further discourage travel abroad.

Non-essential travel into Canada by most foreign nationals has been banned since the pandemic first began sweeping across the country last March. Anyone entering the country has been required to self-quarantine for two weeks.

The federal government began beefing up those measures earlier this month.

As of Jan. 7, the government has required proof of a negative COVID-19 test, taken within 72 hours of departure time, before anyone is allowed to board a flight to Canada.

Legault and Ontario Premier Doug Ford have urged Ottawa to impose mandatory testing upon arrival in Canada as well. And they've proposed a ban on flights from countries where the new, more contagious variants of the virus are circulating.

Canada did temporarily ban flights from the United Kingdom after that country reported in December a new variant of COVID-19 that was spreading like wildfire. But the ban was lifted once the pre-departure test requirement came into effect.

Trudeau is also expected to announce the second instalment of funding to provinces and territories to help them safely operate schools during the pandemic.

Last August, Trudeau committed up to $2 billion through the Safe Return To Class fund. The first instalment was paid out last fall as schools reopened across the country for the first time since March.

At the time, Trudeau promised a second instalment early in 2021 to ensure support for the whole school year.

The fund is intended to help cover the costs of physically-distanced learning spaces, improved air ventilation, increased hand sanitation and hygiene, and purchases of personal protective equipment and cleaning supplies.