Making an off-grid move sounds easy, but you can’t bank on it 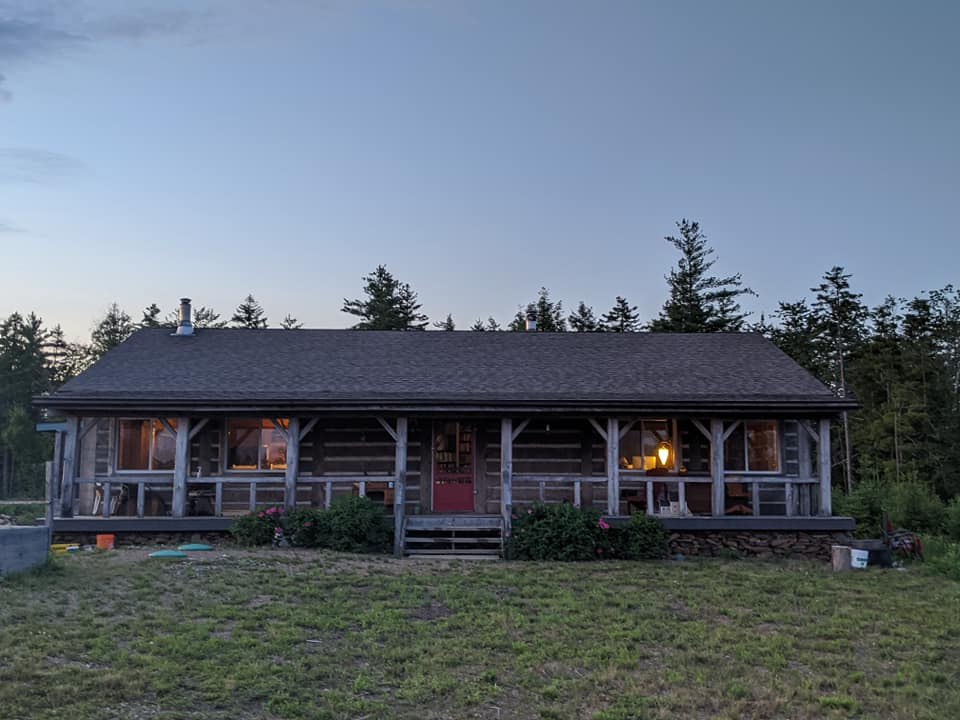 Leaving the grid isn’t as easy as packing a bag, moving to a piece of land, throwing up a couple of solar panels, and kicking back. Last March, as we began the process of buying an already built home that was off-grid in southwestern Nova Scotia, we didn’t anticipate the problem we’d encounter.

But the house didn’t move, and we began to rationalize its problems. With only one bedroom and one bathroom, and the rest of the property open concept, we figured the house wasn’t suitable for a family, and it was likely too expensive for a first-time buyer.

As well, the property sat far back in the woods, its front yard a weedy, uncared-for section of scrub littered with torn stumps from logging on the land over a decade ago. That would discourage prospective purchasers with money who would, if they’re intending to fork over a sizable amount, prefer that everything be move-in ready.

As it turned out, none of those were the real reasons the home continued to sit on the market at a time when real estate was in short supply, and houses in high demand. Rather, it’s because of those archaic and conservative institutions known as banks. Not one is willing to give a mortgage to an off-grid house.

I called our bank to ask about getting a mortgage on the house; this is, after all, an institution that has featured solar panels previously and prominently in its advertising.

The adviser I spoke with flat out told me: No, a mortgage was out of the question. I pointed out that most of our finances were invested with the bank, including our current mortgage for our suburban home. Nope. Not possible. Every other bank and credit union responded the same way.

We’re not the only ones who faced that conundrum. In 2018 on the greenbuildingadvisor.com forum, a prospective off-gridder wrote: “I have my heart set on an off-grid house in Ontario, Canada. I thought it would be a relatively easy purchase but every mortgage broker that has looked into it has come back saying that the bank will not finance an off-grid house. I don’t know if it’s worth it to try again, but that means multiple credit checks, which is not the best, either.”

One response she received on the forum was: “… Forget about CMHC (Canada Mortgage and Housing Corporation), despite what they might say, they are not interested in off-grid homes. It's about marketability. They don't care about sustainability or any green initiatives. We just found that out trying to get pre-approved to buy an off-grid post-and-beam, straw bale home. It's always about the money. Don't fool yourself.”

According to a mortgage broker who looked into financing for us, the issue is the banks look at the house as a liability that in the case of a foreclosure, they wouldn’t be able to unload again. Loans Canada, another mortgage broker, backs up this assertion, pointing out lenders look at mortgages for rural properties as “among the riskiest to banks due to a number of factors,” including the fact such a property may be harder to resell because of its remote location.

The obstinance of the financial institutions to finance such properties runs in the face of rationality and common sense as more people look to make the leap to off-grid living. Off Grid Nova Scotia, a Facebook group I help administer, grew from some 900 members in January 2020 to 3,800 members a year later. Unease over the state of American politics, and the pandemic have helped propel interest in the off-grid lifestyle.

The position of banks on off-grid mortgages also contradicts the stance of their own former leader, economist Mark Carney, who served as governor of the Bank of Canada from 2008 to 2013. Carney has made it his mission to speak out openly about the climate crisis, and the steps financial institutions and other businesses should be taking to mitigate it.

In September 2019, during the UN secretary general’s Climate Action Summit, Carney gave a now-famous speech titled Insurance, Risk Financing and Development: Driving Public Private Action for Climate. “To conclude, a financial market in the transition to a 1.5 C world is being built, but we need to move much faster. Now it’s time for a step change to bring the reporting, risk management and return optimization of sustainable finance into everyday, mainstream, financial decision-making. Ultimately, the speed with which the new sustainable financial system develops will be decided by the ambitions of your climate policies,” Carney —- who has since been named the United Nations’ special envoy for climate action and finance — told the UN.

Obviously, the banks ignored Carney’s advice. Nor did they do us any favours. Ultimately, we financed the house on our own through the sale of our home in a bedroom community of Halifax, by cashing in an RRSP, and relying on a loan from a family member to make up the difference. While I can’t tell you the definitive change in our ecological footprint, I can tell you it’s making a big difference.

We have removed the bulk of fossil fuels from our home. The exceptions are the propane-fired range, and the propane gas clothes dryer. Our water is a gravity-fed system from the brook out back; everything else is run off of solar or wood heat. We also increased our green practices markedly after moving to the house, installing garden beds to grow our own food, getting chickens, using coffee grounds and eggshells for the gardens, saving paper and cardboard waste as starter for the stove, and so on.

Magnify these actions by the number of people willing to go off-grid, and suddenly we might see a real change in emissions into the atmosphere. But for that to happen, the banks are going to have to step up and assist people with the financing. The banks might have to do something revolutionary: Instead of looking out for their bottom line and profit margins, they will have to become service-oriented, helping people realize their green dreams while contributing to a more sustainable future. Imagine that.

In fact, it only makes sense as we watch the planet heat up more with every passing year that any new home or building should be mandated to be off-grid, not just rurally, but particularly in the urban centres. Not only that, but incentive programs should be set in place to convert existing properties, and banks directed to help underwrite the mortgages. While power utilities undoubtedly wouldn’t favour such a development, such policies would act as tremendous catalysts of change, helping reduce carbon emissions, and, perhaps, extending the life of our green planet that much longer.

Charles Mandel is a climate change reporter based in Nova Scotia.

By Emily Pontecorvo | News | May 4th 2020
Coronavirus in Canada

You found the obvious

You found the obvious solution - a private investor. This does not have to be in-family.
Another option is a partnership with a senior. I'm interested in moving off-grid, but will need help there eventually, and could certainly use it now. I've got a house in town, a big collection of tools, and the know-how to go with them. Also, I have a steady income that does not care about my address - a very rare thing in the boonies.

Genworth has recently been

Genworth has recently been (or will soon be) purchased by Brookfield. Mr. Carney heads one of the Brookfield entities (I always confuse financial, energy, etc). Wonder if it's possible that the planets have now aligned and a policy change in this regard may now be possible?

Is the problem a net-zero

Is the problem a net-zero (off grid) house or is it the rural of grid, net zero house? We had no problem financing a Passive House that is all-electric in New Westminster. With solar panels to come, it will be Net Zero - off grid although connected. In truth, the bank never asked us what kind of house we were building, presumably because it was a city lot (?)

Buckminster Fuller started talking about cheaper housing in the 1930s. His focus was on weight of materials - the less you use, the cheaper the house will be, once you're in mass-production. It turned into the mobile/modular housing industry, factory-made houses. They're much cheaper.

And you can't get mortgages for them, either - the finance industry treats "trailer homes" as vehicles, not as real estate.

The entire problem here is that a SERVICED lot is a valuable commodity, whether there's a home on top of it or not. That's the product that subdivision developers make. You can surely get a mortgage for your unserviced lot, it's just a real-estate transaction: the problem is that it's not worth much.

The industry is hugely conservative and slow-moving. As they realize this solution has valuable to people, that you can re-sell your house, it'll acquire mortgage value in their eyes.