By Christopher Reynolds | News, Politics | February 2nd 2021
#1171 of 1611 articles from the Special Report: Coronavirus in Canada 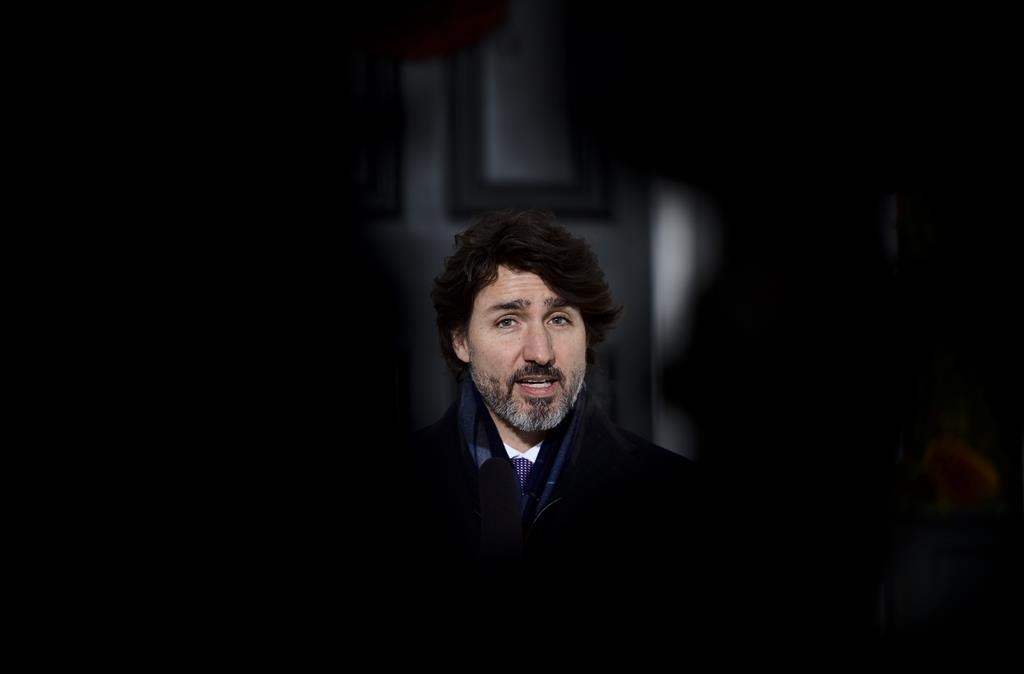 Prime Minister Justin Trudeau holds a press conference at Rideau Cottage in Ottawa on Tuesday, Feb. 2, 2021, to provide an update on the COVID-19 pandemic. THE CANADIAN PRESS/Sean Kilpatrick
Previous story
Next story

OTTAWA — Prime Minister Justin Trudeau says "rare exceptions" to new travel restrictions will be made on compassionate grounds, but that more contagious COVID-19 variants now taking hold in Canada mean tough rules must be implemented in the next few weeks.

"Since the beginning of this pandemic there have been stories of funerals that haven’t been able to be held, weddings had to (be) put off or done by Zoom, families not being able to get together," Trudeau said at a press conference Tuesday.

"But at the same time our responsibility is to make sure we’re keeping Canadians as safe as possible. These new variants out there are of real concern," he said, acknowledging exceptions for "compassionate or humanitarian" reasons.

Trudeau announced last week that passengers returning from abroad will have to quarantine at hotels for up to three days after taking PCR tests upon arrival, but no date has been set for when this will take effect.

The move is one of several measures meant to choke off entry of the virus into Canada, but comes after case numbers of more transmissible variants have begun to rise.

Chief public health officer Dr. Theresa Tam says at least 148 cases of the variants that first emerged in the United Kingdom and South Africa have been confirmed across the country, even as overall counts of new COVID-19 cases continue to decline.

Health authorities in Ontario, Alberta and British Columbia have identified both mutations — 135 of the U.K. strain and 13 of the South African strain.

The four cases of the South African variant that were confirmed in B.C. and the one case reported in Ontario's Peel Region have no known link to international travel, raising fears of community spread.

"I think there are definitely signs that the variants are certainly transmitted to a certain extent in communities, and we are not detecting them all," Tam said Tuesday.

"We need to be very vigilant and very cautious about relaxation of those public health measures."

"Our responsibility is to make sure we’re keeping Canadians as safe as possible," the prime minister said Tuesday. "These new variants out there are of real concern." #cdnpoli #COVID

The Public Health Agency of Canada says foreigners can still apply to enter the country for non-essential reasons that include supporting a critically ill person, attending a funeral or being with a loved one who is dying.

Total daily case counts of COVID-19 have been dropping for several weeks.

Over the past seven days, an average of 4,368 new cases have been reported daily across the country, a nearly 50 per cent drop from three weeks ago, Tam said.

Hospitalizations are also on the decline, falling 12 per cent over the past week to fewer than 3,900 patients in care. Fatal cases have fallen by 20 per cent to 128 deaths per day.