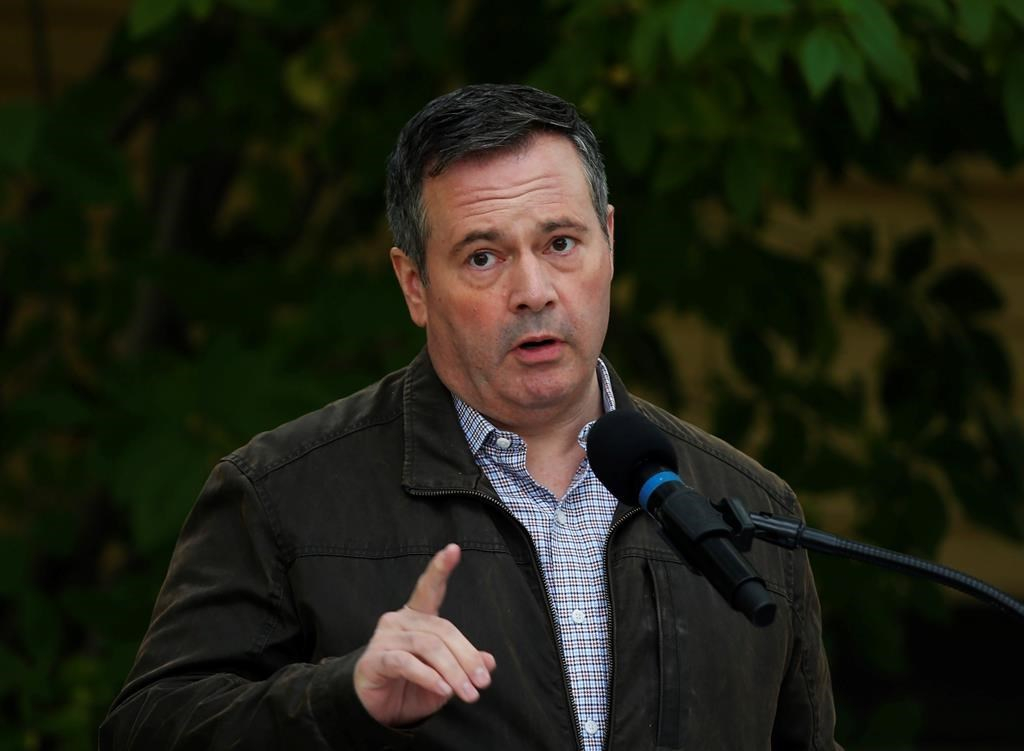 EDMONTON — Alberta Premier Jason Kenney says Albertans have no cause to worry over his government quietly throwing out a coal policy that protected the Rocky Mountains for more than four decades.

"No regulator, no government is going to allow a mine of any kind, or a forestry project, or a ranching project, that's going to jeopardize the headwaters off the eastern slopes," he said Wednesday on Edmonton radio station CHED.

Kenney's United Conservative government is increasingly embattled over its decision last spring to revoke a 1976 policy that blocked open-pit coal mining on the eastern slopes and peaks of the Rockies.

The decision, which opened up more than 1.4 million hectares to exploration, was made without public consultation.

"You can't get a mine anywhere in this province without an exhaustive environmental review based on provincial and/or federal law. That involves widespread consultation," the premier said.

The old policy was superseded by new legislation, he said.

Kenney suggested the coal-mining debate is being fuelled at least partly by the condescension of city-dwellers.

Premier Jason Kenney suggested the coal-mining debate is being fuelled at least partly by the condescension of city-dwellers. But Canmore's mayor pointed out much of the most heated opposition to #coalmining is coming from rural areas. #ableg

"There's thousands of Alberta families who put food on the table because of the mining industry. I don't think those of us who live in the city should look down on those folks."

John Borrowman, mayor of the mountain town of Canmore west of Calgary, said project-by-project regulatory reviews are no substitute for an overarching plan. Canmore council is asking the province to reinstate the old policy.

"Municipal governments are legally obliged to engage with our residents before approving or rescinding high-level plans. It seems to me the provincial government should apply the same level of rigour," he said.

He noted that much of the most heated opposition to coal mining is coming from rural areas.

"I don't think this is an us-versus-them conversation. There's concerns that have been voiced from a broad spectrum of our provincial residents."

Katie Morrison of the Canadian Parks and Wilderness Society questioned Kenney's comment that the old policy was outmoded. She pointed to the exploration rush after it was revoked.

"The recision of the coal policy opened up the opportunity for open-pit coal mines in areas where they had never been before," she said. "That's a massive change and it clearly shows the coal policy was not obsolete."

"I had hoped that this small climbdown was them showing they're giving this a second thought," he said.

"I guess they had a chance to think about it and said, 'No, hundreds of thousands of Albertans are wrong and we're going to go ahead.'"

Schmidt decried Kenney's suggestion of an urban-rural split. "He's pointing to a divide that doesn't exist."

Morrison said Kenney's remarks suggest that he believes the debate is a misunderstanding, that Albertans are confused about why the policy was revoked.

"That's not true. People very well understand what is happening."

UCP co-founder to Jason Kenney: 'Fire yourself' from intergovernmental post

Kenney’s attempt at making the subject of mountain mines an urban vs. rural debate is beyond disingenuous. He is employing the same divide and conquer strategy that has been a keynote of American politics for the last four years. He seems to think Albertans can’t somehow connect the dots and will instead respond to the dog whistle.