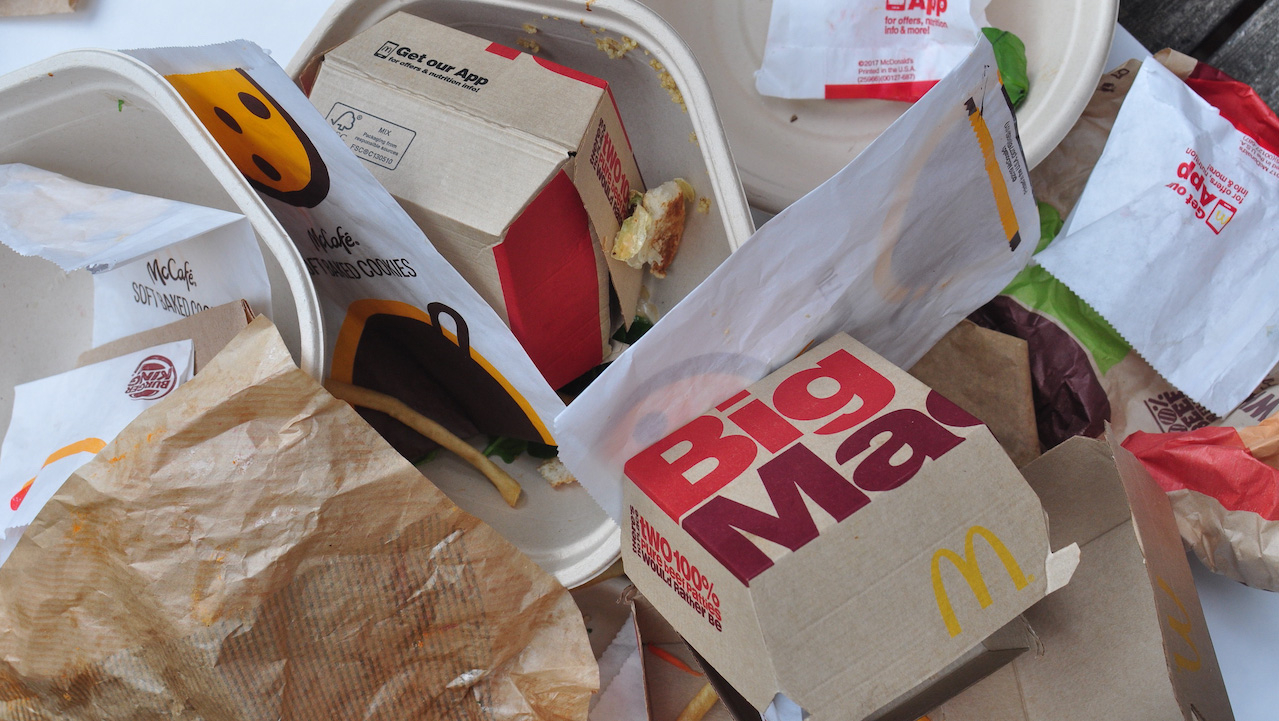 International fast-food giant McDonald's announced last month it will ban PFAS from its packaging. It is the latest — and largest — company to do so. Photo by Environmental Defence
Previous story
Next story

Every day, about a quarter of Canadians will buy fast food and most won’t give much thought to the package wrapping their meals. It could be toxic.

Earlier this month, international fast-food giant McDonald’s announced a global ban on the class of per- and polyfluoroalkyl (PFAS) chemicals from its food packaging materials by 2025. The chemicals — commonly used to make food packaging waterproof and greaseproof — are associated with a range of health problems and could increase our vulnerability to COVID-19. For environmental and health advocates, the announcement is a major shift and couldn’t come soon enough.

“It’s a huge positive development when it comes to the shift away from PFAS in food packaging,” said Muhannad Malas, toxic program manager at Environmental Defence. The Toronto-based environmental organization has been actively advocating against the use of PFAS.

“McDonald’s is the biggest fast-food chain in the world. (This announcement) means eliminating huge amounts of PFAS from the environment as soon as the ban comes into effect, and it signals to the market that … companies are moving away from these harmful chemicals.”

Malas says the company should move faster. Environmental Defence and two other organizations are calling for a complete ban by 2022, but the news remains a major improvement on the status quo, he added.

PFAS are a class of chemical compounds that consist of chains of carbon and fluorine that share an extremely strong chemical bond. That bond is what makes them waterproof and greaseproof. It’s also the reason they’re harmful to health and the environment, because the molecules are virtually indestructible, Malas explained.

There are about 5,000 different types of PFAS in existence, according to the U.S. Food and Drug Administration, and they’re used in everything from greaseproof packaging to non-stick cookware. But they don’t stay there, Malas said. Over time, the chemicals leach into our food, our bodies, and the environment. According to a 2019 report by Health Canada, they can be found circulating inside most Canadians. They pose a particularly high risk to Inuit and northern communities, which depend on animals that ingest the widespread contaminants, Malas said.

Researchers have found links between exposure to PFAS and a suite of health concerns, including impacts on the immune system, which can reduce vaccines’ efficacy. There are also concerns the chemicals can make us more vulnerable to COVID-19, said Erika Schreder, science director at Toxic-Free Future, an organization advocating for the use of safer products and chemicals.

Last year, a group of scientists emphasized that many unknowns remain about the health impacts of the tens of thousands of chemicals — including PFAS — used to process and package food, and called on governments to develop stronger rules around their use. Yet, only a few particularly harmful PFAS are regulated by the federal government. The remainder can be produced and distributed without government oversight and are almost undetectable.

Some jurisdictions, including several U.S. states and municipalities, have already moved to phase out the chemicals. But so far, the federal government hasn’t indicated plans to regulate or ban more types of PFAS.

Every day, about a quarter of Canadians will buy fast food, and most won’t give much thought to the package wrapping their meals. But it could be toxic. #fastfood #environment

Health Canada did not return a request for comment by deadline.

“Testing and detecting (PFAS) is not easy,” Malas said. Labs will look for traces of fluorine in packaging to detect possible PFAS, he said, but it is impossible to be sure of the chemical’s presence unless a company says it’s in their products.

Concerns around the chemicals have already pushed smaller companies like Freshii, Chipotle, and Whole Foods to ban them from their products and turn to readily available alternatives. But McDonald’s decision is a huge step, raising awareness about the issue and driving down demand for products containing PFAS, Malas said.

But at least one iconic Canadian fast-food company has yet to ban PFAS from its supply chain, said Malas: Tim Hortons' parent company, Restaurant Brands International (RBI). The Canadian-American corporation also owns Burger King and Popeyes. The company did not return a request for comment by deadline.

Still, Malas is buoyed by McDonald’s decision and what it might signal for the future use of PFAS.

“It’s an opportunity for the markets to shift away to alternatives that are much safer or hopefully free of any hazardous chemicals,” he said.