Feds scrap demand that some CERB recipients must repay 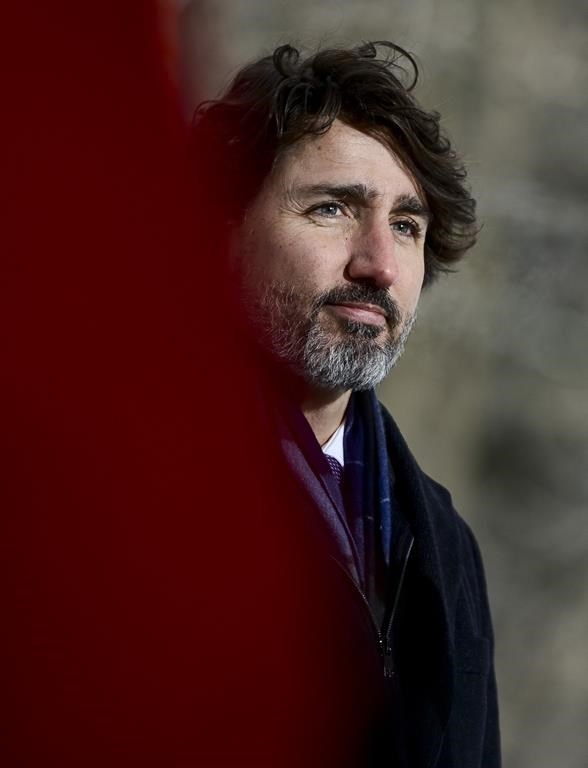 Prime Minister Justin Trudeau holds a press conference at Rideau Cottage in Ottawa on Tuesday, Feb. 2, 2021, to provide an update on the COVID-19 pandemic. File photo by The Canadian Press/Sean Kilpatrick
Previous story
Next story

Some of the thousands of Canadians told they'd have to repay federal emergency COVID-19 benefits will get to keep the money after all.

Self-employed Canadians who'd applied for the Canada Emergency Response Benefit based on their gross income, instead of their net, won't have to cut cheques, the government announced Tuesday, an about-face after it had previously said no one was getting any slack.

But whether others being asked to repay could also receive amnesty remained up in the air as the government said the tweak announced Tuesday was meant to address a specific problem.

"We are dealing here with a subset of the nine million Canadians who applied for CERB who legitimately and honestly relied on misinformation we provided," Employment Minister Carla Qualtrough said Tuesday.

Self-employed Canadians who'd applied for the benefit last year were left confused by instructions from Canada Revenue Agency about how to calculate whether they qualified for the benefit: did the $5,000 in income they had to earn to qualify mean income before or after allowable deductions?

The government gave conflicting answers in the early days of the CERB roll out, and though the ultimate answer was net income, the money after deductions, some had applied using gross income.

In turn, they found themselves among about 441,000 Canadians who got letters last year warning their eligibility for CERB was in doubt and they might have to repay.

How many people the program tweak will affect, or how much it will cost, remains unclear.

Qualtrough said Tuesday that of the 441,000 people who received letters, many have now filed their taxes, their eligibility for CERB has been confirmed and they won't have to repay.

Some of the thousands of Canadians told they'd have to repay federal emergency COVID-19 benefits will get to keep the money after all. #CERB #CDNPoli #COVID19

The decision for a targeted amnesty comes after Qualtrough repeatedly said last year that those caught up in the communication snafu wouldn't be given a break.

"There's not a conversation happening right now where we would forgive people, where we would not require people who were not eligible to pay it back. No," she told the CBC in December, a sentiment her office repeated last month as well.

On Tuesday, Qualtrough suggested the change came after hearing from Canadians about the problem, and taking the time to craft a "balanced" solution.

"We reached a conclusion that the fairest and most reasonable way to move forward on this would be to allow people who applied using gross to not have to repay their benefits," she said during a news conference.

Those who have already repaid amounts they thought they owed will also get that money back, she said.

There remains pressure for a broader reprieve from repayments, especially for those who lack the income to repay what they may owe and for others who might have applied in good faith for the benefits, received them, and only later found out they didn't qualify.

Qualtrough said no one has to urgently repay, and the government is trying to work with people to relieve them of any stress potential repayments will cause. But she did not commit to any further amnesty programs.

The government instead pointed to another announcement it made Tuesday as efforts to provide relief to low- and middle-income Canadians: those who received emergency benefits and made up to $75,000 in taxable income won't have to pay interest on 2020 tax debt until next year.

That measure ought to provide at least 4.5 million people "with the flexibility required to feel confident about accessing the COVID-19 income support without facing additional stress at tax time," the government said in a news release.

Opposition politicians who'd been clamouring for the government to reverse course on the payback demands welcomed the move.

But both the NDP and the Greens said it was absurd the government had made the demand for repayment in the first place, especially given the amounts at stake — the maximum payout under the program was $14,000.

"For Trudeau’s government to think that Canadians on the financial brink have $14,000 on hand to pay for government incompetence is completely out of touch," said NDP MP Daniel Blaikie in a statement.

"We know this put honest Canadians in the position of getting ready to sell the homes, their cars, their tools and other essential items."

Green party Leader Annamie Paul said it shouldn't have taken this long to make the decision. But, she told a news conference, it's also proof that change is possible.