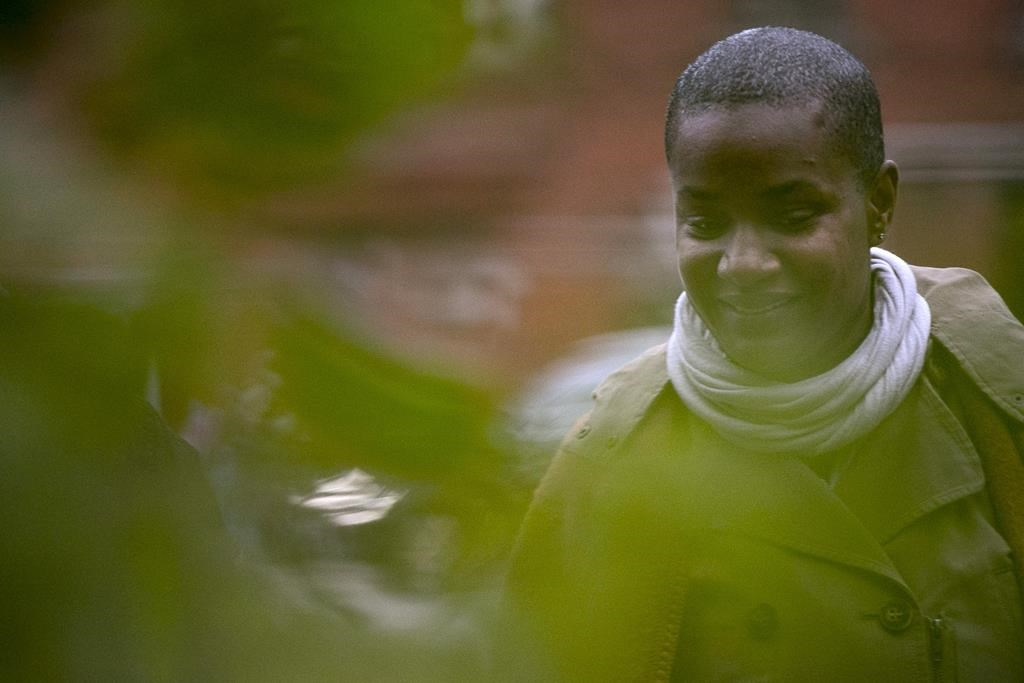 Annamie Paul, leader of the Green Party of Canada and byelection candidate for the Toronto Centre riding, walks back to her car after greeting supporters on election night, on October 26, 2020. File photo by The Canadian Press/Chris Young
Previous story
Next story

Annamie Paul has spent most of the past 10 months holed up in her apartment, just like you.

But the Green leader's stationary status belies the quick pivot her team is making as they seek to shed the straitjacket of a single-issue party and reposition it at the vanguard of social justice.

Paul, who beat out seven contenders in October to lead the Green Party of Canada, is carving a middle path among members who come in all shades of green. Their environmentalism ranges from market-based mechanisms for cutting pollution to eco-socialism that rejects capitalism as inherently destructive to the environment.

But on the broader political spectrum, Paul's calls for a guaranteed livable income, universal pharmacare and child care, and free post-secondary education aim to attract voters who sit squarely to the left of Greens of decades past.

Until recently, fiscal conservatism marked a "point of pride" for the party, she said, a way to "neutralize that argument that these green needs are all well and fine but they're not really fiscally responsible."

"There is no plan for a balanced budget from us," Paul said in an interview, citing a "global consensus" among G20 countries that massive spending is needed to prop up sagging economies.

While that view fits neatly into Liberal justifications for ballooning deficit forecasts, her criticism of how elected officials have handled long-term care is not so compatible.

Perhaps more than any other leader, Paul has zeroed in on the crisis in seniors' homes, where in Ontario the COVID-19 death toll in the second wave threatens to surpass that of the first.

She has hosted a half-dozen virtual town halls and roundtables over the past few weeks, speaking with epidemiologists, scientists and researchers to root out the best response to the lethal contagion.

#AnnamiePaul has spent most of the past 10 months holed up in her apartment, just like you. #cdnpoli #greenparty

She also wants to see Ottawa, in partnership with provinces and territories, move to eradicate private care homes, on top of hiring more and better-paid staff and rethinking shared rooms.

Private homes in Ontario were more likely to see extensive COVID-19 outbreaks and a higher number of deaths, indicated a study published in the Canadian Medical Association Journal in August.

But 108 days after taking the reins, Paul still struggles to be heard above the din of daily politics.

The Greens' rollcall of three MPs, including former party leader Elizabeth May but not Paul herself, means the party does not have official status in Parliament, leaving them little time on the floor.

Their polling numbers have barely budged beyond six or seven per cent since the last federal election in October 2019, said Abacus Data CEO David Coletto.

Though nearly one in three Canadians say they would consider voting Green, a major hurdle remains the fierce competition for left-leaning voters.

"You've got, obviously, the New Democrats who are trying to occupy that kind of space that includes both an environmental agenda and one that's built around social justice and achieving equality," Coletto said in an interview.

"The Liberal party, while not as aggressive on some of that rhetoric ... is also in that space."

A smaller slice of potential Green voters tilt toward the Bloc Québécois or the Conservatives, he said.

"How do you differentiate the Greens, make them a credible alternative for people who might otherwise vote NDP or Liberal or Bloc in Quebec and, on top of that, make a vote for them not feel like a waste in our first-past-the-post system?"

While the Greens earned nearly as many votes as the Bloc in 2019 — 6.55 per cent of ballots cast versus 7.53 per cent respectively — the separatist party's concentrated support earned it 32 seats compared to just three for the Greens, whose backing is more diffuse.

"I think it often comes down to being a protest vote," Coletto said.

"But there still doesn't appear to be in the broader public-opinion landscape a genuine desire to do politics differently, or to feel that the three or four main parties are fundamentally broken. ... And in the midst of a pandemic, it's going to be even harder to convince people to vote for an untested, new kind of party."

Paul, a non-practising lawyer who is bilingual and has spent much of her career at intergovernmental institutions such as the International Criminal Court, hopes to gain visibility by participating in the leaders' debates leading up to a potential federal election this year.

Critical to that longer-term end — screen time — is first finding a riding where Paul can marshal ballots from students, young people and progressive voters to vault her onto the parliamentary stage.

She lost a byelection to replace former finance minister Bill Morneau in the Liberal stronghold of Toronto Centre in October. Now the Princeton-educated activist is eyeing ridings including Toronto—Danforth, Davenport and Guelph, where Ontario Green Leader Mike Schreiner has the party's sole provincial seat.

"Strategically, winning in Toronto would send a message that the Greens can compete and win in a different type of riding, one that is more urban and diverse than any they've historically done well in," said Amara Possian, a professor in the government-relations graduate program at Seneca College in Toronto.

Paul's team is hoping for breakthroughs that build on last year's successes in the Maritimes and that draw on a more diverse slate of candidates.

"Canada's only becoming more diverse. And that still isn't sufficiently reflected in our in our political culture," said Paul, the 48-year-old daughter of immigrants and the first Black Canadian and first Jewish woman to serve as permanent head of a federal party.

"Those kinds of things are threats to democracy because it causes people to disengage from the system when they don't see themselves reflected in the institutions."

Whether Paul herself can go from her apartment to the House of Commons — and take a few more Green MPs with her — will play out after the writ drops, likely in 2021.