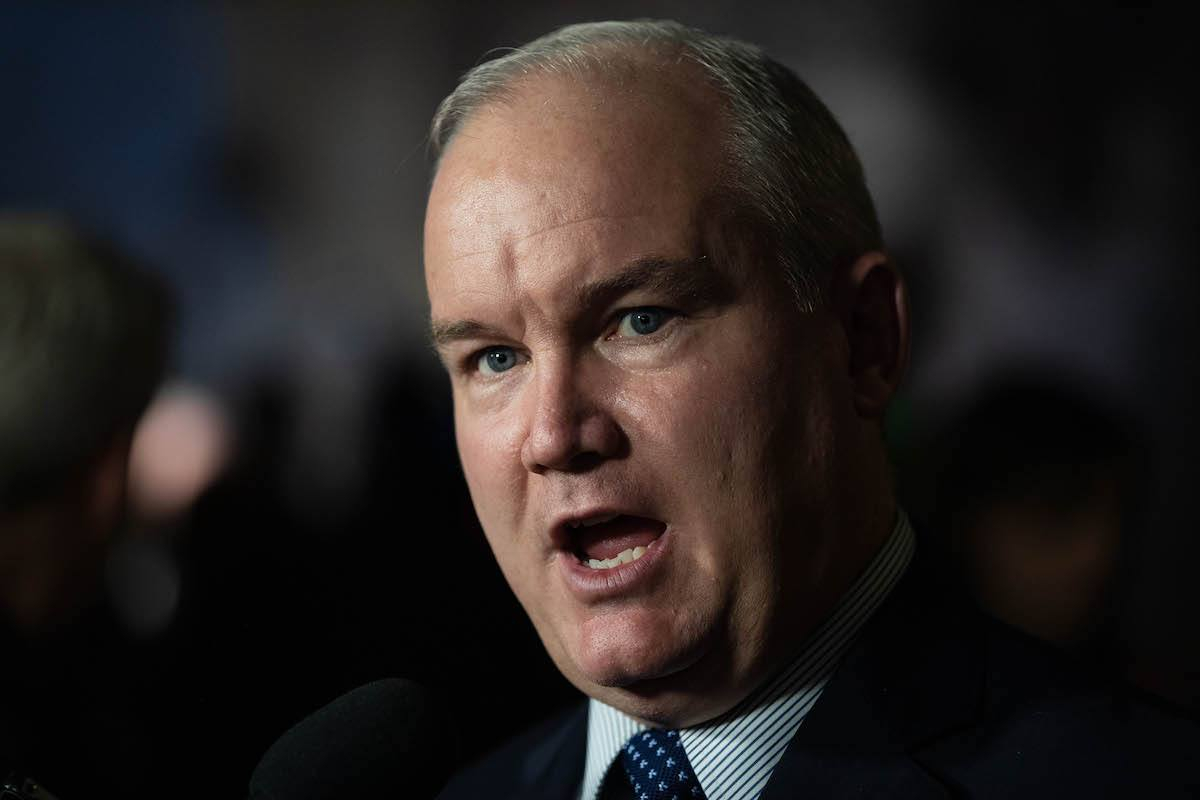 Erin O'Toole, Conservative MP for Durham, scrums with the media in the foyer of the House of Commons after question period on Nov. 27, 2018. File photo by Alex Tétreault
Previous story
Next story

Whether it happens this spring or in the fall, it’s increasingly obvious that Canadians are headed to the polls in 2021. And while the timing will depend on how quickly the Liberal government can recover from its early vaccine rollout mishaps, federal Conservatives will have to do more than recover a fumbled political football if they want to form the next government.

If Erin O’Toole wants to avoid the same fate as Andrew Scheer, he’ll have to do something that his predecessor couldn’t: take climate change seriously.

That won’t be easy, given how vigorously his party has salted this particular policy field. Outside of loathing Justin Trudeau and everything he stands for, a reflexive opposition to the federal carbon tax has become the defining issue for the Conservative Party of Canada and its supporters.

And while O’Toole told a virtual gathering of the Greater Vancouver Board of Trade that he has a plan to get Canada to its net-zero emission goals by 2050 without a carbon tax, the only way that’s possible is if this plan includes a massive increase in what businesses and industry pay in carbon costs, the creation of draconian regulations that dictate how Canadians drive their cars and heat their homes, or untold billions in transfers to the oil and gas industry to pay for new technology.

Given those entirely un-conservative alternatives, a reluctant embrace of the federal carbon tax still seems like the best path forward for O’Toole here. After all, according to a pair of recent polls, his party's anti-tax animus may be the biggest thing standing between federal Conservatives and political power. As Abacus Data found, the idea of ending the carbon tax still resonates strongly with their base, with 76 per cent of rock-ribbed CPC supporters endorsing the idea.

Those numbers corroborate the ones contained in a February 2020 poll for Clean Prosperity, which put the question of carbon taxes to 3,000 people in Toronto’s 905 region. As that poll showed, nearly one-third of the most accessible Conservative voters in the vote-rich region said they’d be “more likely” to vote for a party if it had a more credible climate plan.

More importantly, perhaps, that poll suggested that the existence of a credible climate plan wouldn't upset existing Conservative voters, with only eight per cent of them saying it would make them "less likely" to vote blue. As veteran conservative operative Ken Boessenkool noted in a piece for The Line, these results suggest a potential net swing of 10 to 15 points is there for the taking for O’Toole and the Conservatives.

“Any political strategist worth his salt would leap at an opportunity to increase their vote by this kind of margin,” he wrote.

The Tories don’t have to embrace the Liberal government’s approach to carbon pricing. For example, rather than relying on rebates, they could use the revenues to cut corporate or personal income taxes — a more business-friendly approach, perhaps.

As a new report from the Canadian Institute on Climate Choices noted, “our research finds there are many possible routes to net zero for Canada.” Those routes are informed by what they describe as a combination of “safe bets” like zero-carbon electricity and natural gas fuel switching and “wild cards” like hydrogen and carbon capture technology. But the longer we wait, the more wild cards our hand will depend on — and the more likely it becomes that we don’t end up with a winning one.

And while politicians are loath to change their mind about anything, much less something they’ve been as noisy about as Conservative have been about the carbon tax, O’Toole wouldn’t be the first politician or country to backpedal on this issue. The changes south of the border are obvious, but Joe Biden is hardly the only leader putting his weight behind the clean economy.

British Prime Minister Boris Johnson, whose country holds the rotating presidency of the G7 and will host the latest round of global climate change talks in November, is leading a major push to strengthen carbon pricing both at home and across the English Channel in Europe. That could even include so-called “carbon border adjustments,” which would assess the carbon content of key imports and tax them accordingly if they come from jurisdictions without a price on carbon.

Even the United States Chamber of Commerce has come around on the merits of carbon pricing.

“The chamber supports a market-based approach to accelerate GHG emissions reductions across the U.S. economy,” it wrote in a January 2021 update to its official policy on climate change.

And no wonder: as Bloomberg reported recently, last year saw nearly a trillion dollars pour into green bonds and ESG-focused investment funds, with more expected this year. As Moody’s noted in a February report, “the impact of environmental, social, and governance (ESG) issues in financial markets will accelerate in 2021 as the effect of government stimulus, decarbonisation policies and greater disclosure requirements overlap.”

Businesses will understandably want a piece of that growing action. And while Conservatives will be tempted to continue fear-mongering about the impact that Canada’s proposed increase in the carbon tax to $170 per tonne will have on jobs, the facts don’t support their argument.

As the Parliamentary Budget Office noted in an October 2020 report, even pushing the price to $289 per tonne by 2030 would only result in a -0.62 per cent hit to GDP — hardly the economic cataclysm that Conservatives have spent the last few months warning about.

That’s why this issue, more than any other, will define Erin O’Toole’s leadership. It’s easy enough to kick out a conspiracy-minded malcontent like Derek Sloan or remove Pierre Poilievre from his post as finance critic. But to abandon more than a decade of Conservative Party of Canada orthodoxy, especially on something as directly tied to Prime Minister Justin Trudeau as his signature carbon tax policy, will be far more difficult. We’ll soon find out whether O’Toole is up to the challenge.

Canadian Conservatives are in

Canadian Conservatives are in a cleft stick. American-based social media propaganda has succeeded in making exactly the wrong number of people crazy, and in a manner that's too repellent to everyone else. There are not enough crazified people to win an election if he panders to them but turns everyone else off. But there are so many that he also can't win an election if he fails to get their votes. And they have been made crazy enough that it's increasingly hard to get them to shut up in return for a few scraps, the way Harper used to do.

He's left walking a tightrope . . . at best. He has to manage to convince the crazies that he's crazy and, for instance, doesn't believe in climate change, does believe in racism and at least some weird conspiracy theories. And he has to simultaneously convince the broader centre-right electorate that he's NOT crazy, not racist, not scary, and has some credibility on climate change. All this with the more progressive press watching him gleefully for signs of inconsistency. I don't see how a Conservative leader is supposed to pull this off.

Bingo...the CPC have sowed their fields with nothing but constant contempt and Trudeau derangement. They reap the results now, as you say.

The problem he faces is

The problem he faces is trying to square a circle, which he can't do. He either bites the bullet and adopts some form of carbon tax ( probably trying to rebrand it ) or he gets hammered by all the other parties during the election and loses again. Having said that its not like Trudeau is bullet proof, he has his own issues on which he is vulnerable, especially China and the Uyghurs. He can only duck and weave on that for so long.