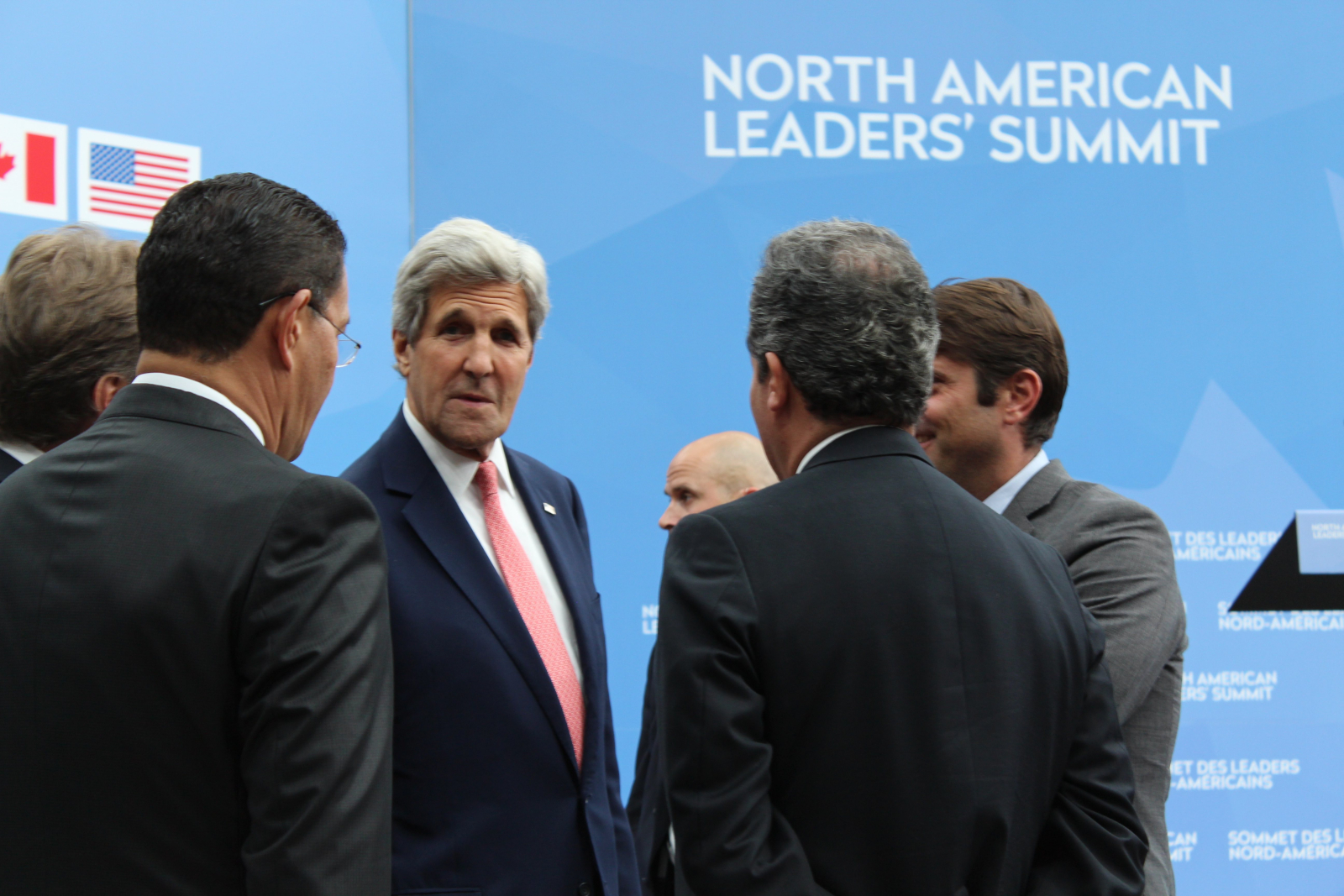 Canada and the United States will push each other toward more ambitious climate goals, Environment Minister Jonathan Wilkinson said Wednesday after a meeting with special envoy John Kerry.

Wilkinson met virtually with Kerry, Joe Biden's presidential envoy on climate, one day after Prime Minister Justin Trudeau did the same with the new U.S. commander-in-chief.

That push begins immediately, said Wilkinson, who promised to increase Canada's 2030 emissions reduction target past 30 per cent before the president's climate summit meeting in April.

In particular, in co-operation with the U.S., Canada can further cut tailpipe emissions and methane from oil and gas facilities, Wilkinson said, with plans to land somewhere between 31 and 40 per cent before April 22.

"The focus for us over the next few months is going to be looking at how we can go farther," Wilkinson told a conference call after his meeting with Kerry.

"We'll be coming forward with a target that essentially fully examines all of those issues, and is as ambitious as we possibly can be, while being realistic with Canadians that it is achievable."

On Tuesday, Biden said the U.S. and Canada would work together to meet or exceed effective and attainable emissions targets, all in hopes of reaching the goal of net-zero emissions by 2050.

"We intend to demonstrate our leadership in order to spur other countries to raise their own ambitions," Biden said.

"Canada and the United States are going to work in lockstep to display the seriousness of our commitment at both home and abroad."

Wilkinson mentioned Japan and India as two major emitters that he hopes will come to follow the lead Canada and the U.S. hope to set, along with Australia and Mexico.

China, too, will be an "important player" in the global effort to reduce emissions, "and certainly engaging with China on the climate issue is going to important as part of the broader discussion."

The subject of pipelines, in particular Line 5 — an Enbridge Inc. pipeline beneath the Great Lakes that Michigan has vowed to shut down — did not come up in the Kerry meeting, but did the day before, Wilkinson said.

Kerry was Barack Obama's secretary of state when he made the original recommendation to the White House that resulted in the first cancellation of the cross-border Keystone XL pipeline expansion in 2015.

Biden, who was Obama's vice-president, cancelled the project for a second time last month after it was resurrected by his predecessor, Donald Trump.

The Americans well understand the importance of energy production to the Canadian economy, and are in a similar boat themselves, Wilkinson said — which is why they stand to be good partners in the effort.

"There is certainly an understanding that we need to think about the energy opportunities that exist broadly, and it's important for us to be thinking about how we move through the transition," he said.

"I think in Canada, we don't always understand that the Americans face some of the similar challenges that we do in the context of the path forward and how we ensure that there are economic opportunities and the ability for continued economic prosperity in every region of this country."

In addition to agreeing to set new targets before April's meeting, Trudeau and Biden also agreed to explore ways to protect against "unfair trade" from countries that fail to take action on climate change.

They also agreed to a "high-level climate ministerial" meeting to better co-ordinate efforts and to look for ways to better align policies and approaches that can help meet climate goals and also create jobs.

Biden also committed the U.S. to a net-zero power sector by 2035, with Canada's goal to reach 90 per cent non-emitting electricity by 2030.