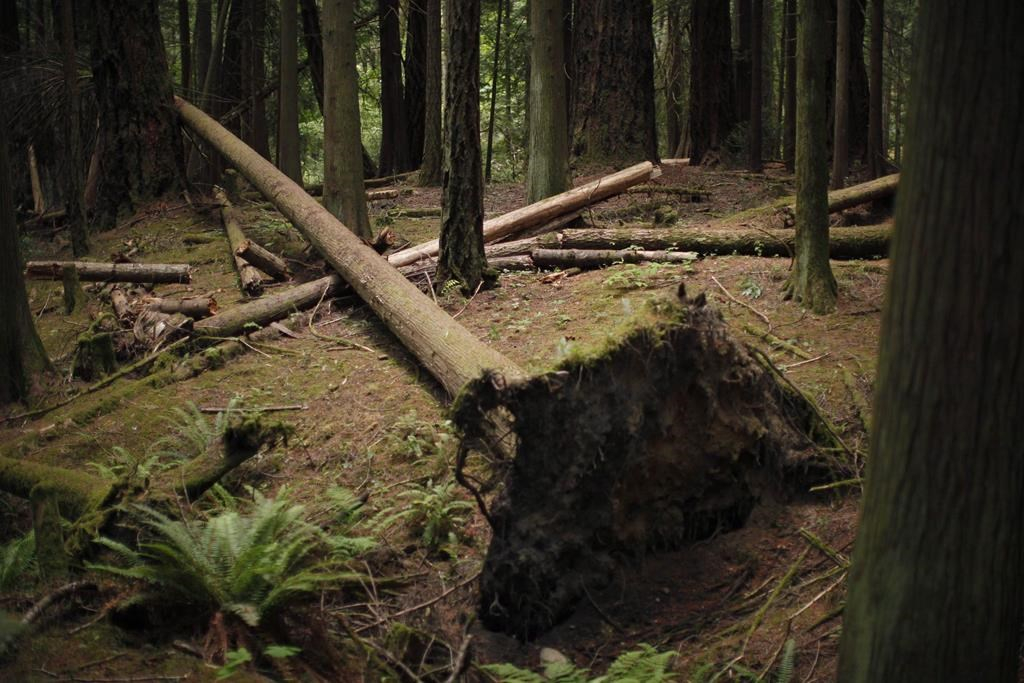 An agreement to delay logging in an old-growth stand of British Columbia forest has given a one-year reprieve to one of Canada's most endangered species.

Governments now have to come up with a permanent way to protect the vanishing spotted owl and other endangered species in the province, said Kegan Pepper-Smith of Ecojustice, which has been pushing the federal government on the issue.

"We need to reimagine an approach that protects (species) and their habitat with legally enforceable measures."

Just a tiny handful of spotted owls remains. Estimates suggest there are three left in the wild, with one breeding pair in the forests around Spuzzum in south-central B.C.

On Thursday, B.C., the federal government and the Spuzzum First Nation announced a deal to hold off logging that watershed for a year while the governments continue working on a recovery plan for the owls.

It's part of a larger deal the two governments are developing to help the province preserve biodiversity.

"These first pilot projects will strengthen habitat protection for the threatened species which depend on it, such as the spotted owl, and help build a systemic approach to protection of biodiversity,” B.C. Environment Minister George Heyman said in a release.

Federal Environment Minister Jonathan Wilkinson said the so-called Nature Plan will help the two jurisdictions co-operate on preserving species before their situation becomes as desperate as the spotted owl's.

"Often the federal government gets drawn into these conversations because the decline in the species has become so dramatic it's under threat of extinction," he said. "Those are always tough conversations.

"With this agreement, what we're saying is let's try and get out in front of some of these things."

Now, governments have to come up with a permanent way to protect the vanishing spotted owl and other endangered species in B.C., says Kegan Pepper-Smith of @ecojustice_ca.

Wilkinson said the plan could become a model of how the federal government works with other provinces.

B.C. has a captive breeding program that now has 28 spotted owls whose offspring will be released into protected habitats.

Pepper-Smith called the deal encouraging, but said both Ottawa and the province have a long way to go before the medium-sized, dark brown owl is fully protected.

"(Critical) habitat has never been identified," he said. "How can they say they've protected habitat if they've never appropriately defined it?"

Wilkinson said that habitat will be identified by the end of the deferral.

"What we hope to do is update and complete a recovery strategy that will also delineate what we're going to do in terms of long-term protection in critical habitat."

B.C. claims there are about 281,000 hectares of protected spotted owl habitat. Pepper-Smith disputes that, saying much of that land is subject to logging.

Ecojustice would also like to see progress on the Nature Plan. Pepper-Smith points out that B.C. has more endangered species than any other province.

Thursday's announcement is a good start, he said.

"There's some hopeful language. There's discussion of pilot projects and funding and moving forward on a pan-Canadian approach to transforming species at risk protection and conservation."