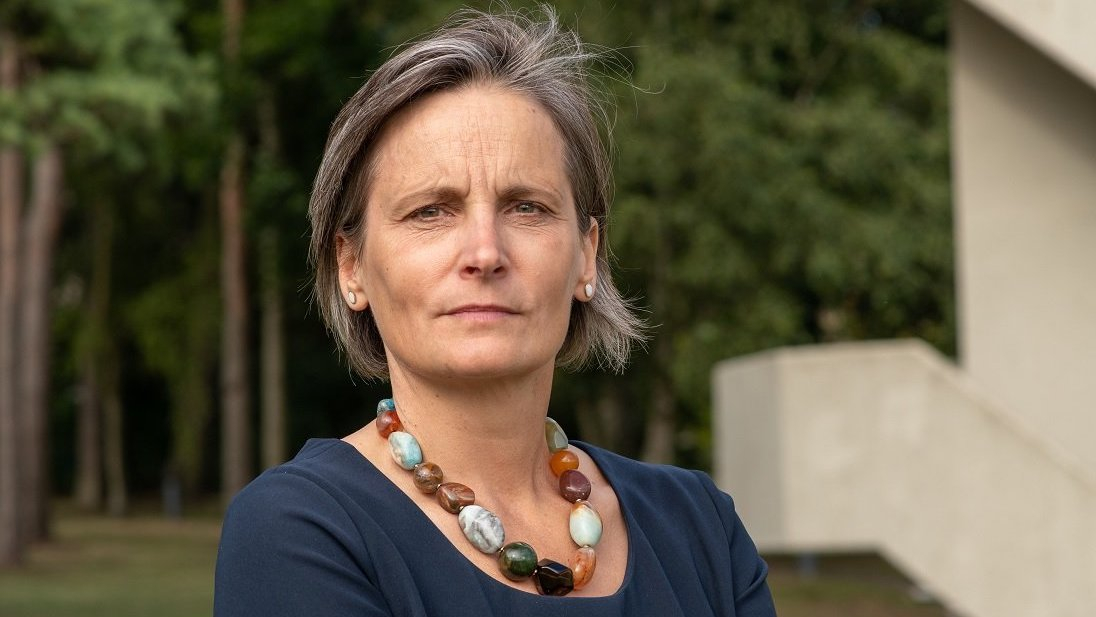 “Clearly, Canada needs to have targets that are much closer than 2050," says Corinne Le Quéré, professor of climate change science at the University of East Anglia. Photo by Steve Forrest
Previous story
Next story

Originally from Canada, Corinne Le Quéré is an accomplished researcher who is a professor of climate change science at the University of East Anglia and a member of the U.K.’s Climate Change Committee. She has worked at Princeton University, the Max Planck Institute for Biogeochemistry, and the British Antarctic Survey.

Le Quéré has led a new scientific analysis of global emissions, published March 3 in the peer-reviewed journal Nature Climate Change, that found global pollution cuts need to increase tenfold to meet the goals of the Paris Agreement — a signal that much greater ambition is needed from many countries around the world.

The analysis, “Fossil CO​2​ emissions in the post-COVID era,” points out that Canada is one of 150 countries where emissions increased between 2016, after the Paris Agreement was adopted, and 2019, the year before the pandemic. Canada’s emissions grew 0.1 per cent during this period, while emissions decreased in 64 other countries — including in all the other G7 nations.

In an interview Tuesday, Le Quéré said Canada should be asking itself why other high-income countries can succeed at reducing emissions, and then “make a plan of action that is commensurate with the ambition.” That means Canada’s goal of reaching net-zero carbon emissions by 2050 is too distant, she said.

“The target that Canada should set for 2030 should be as ambitious as is feasible. That would be my message: If you want to be at net- zero emissions in 2050, you need to do most of the investments in infrastructure. All the electrification of cars, that needs to happen now, electric heating, you need industry to also be based on low-carbon electricity. All these investments need to happen now.”

Le Quéré said experts in Canada’s energy system should be either setting the climate targets, or at least recommending them to the Canadian government, rather than the government coming up with targets for itself.

Last week, Environment and Climate Change Minister Jonathan Wilkinson announced a 14-member Net-Zero Advisory Body that is tasked with providing advice on “the most likely pathways for Canada to achieve net-zero emissions by 2050,” as well as advice on the “emissions reductions milestones leading up to 2050” and “near-term actions” to support the net-zero goal.

These “milestones” are defined in the federal government’s legislation, Bill C-12, the Canadian Net-Zero Emissions Accountability Act, as being the years 2030, 2035, 2040 and 2045 — meaning the government does not anticipate setting an earlier target in 2025.

The lack of a 2025 milestone provoked criticism when the bill was introduced, prompting Prime Minister Justin Trudeau to respond that Canada would be “meeting and exceeding our 2030 targets” and noting the bill “lays out a framework of accountability and transparency” to ensure Canada reaches its net-zero goal.

The legislation also gives the minister the power to determine the Net-Zero Advisory Body’s terms of reference, which Wilkinson revealed in February alongside the body’s membership.

They show that the panel won’t be given its own secretariat, but instead will draw “logistical, administrative, and policy support” from the minister’s department, Environment and Climate Change Canada, and pull economic analysis and emissions modelling from other government departments.

Wilkinson will also consult with the members “at regular intervals” on what they will be working on, and can “refer lines of inquiry” to the body. The terms of reference make it clear that the members will be expected to draw from “existing” research and analysis and commission new studies “where original research is necessary.”

Le Quéré said independent outside scrutiny of Canadian policy is “vital” to achieve real emissions reductions. She said strong governance is what makes the difference over the long term.

“The advisory board needs to be independent ... it needs support. It needs its own budget, it needs capacity to do analysis of Canada’s trajectory. And it needs to be able to criticize, every year, Canadian policy,” she said.

“If you have a committee that has not got support, that doesn’t control its own budget, that doesn’t determine what it works on, then you never reach that level of expert independent scrutiny that really can accompany a change of that size.”

Wilkinson has said the advisory body demonstrates Canada is “serious” about addressing the climate crisis and meeting global market demand.

“By providing expert advice on how we can meet Canada’s goal of getting to net-zero emissions by 2050, the Net-Zero Advisory Body will help ensure we can continue to meet the environmental goals and economic ambitions of Canadians at the same time,” he said in a statement.

Good and bad news for the climate

The researchers, hailing from the University of East Anglia, Stanford University and the Global Carbon Project, found annual cuts of 0.16 billion tonnes of CO2 on average among the 64 countries where emissions decreased during the 2016–2019 period compared to 2011-2015. That is about 10 per cent of the one billion to two billion tonnes annually that they calculated would be needed at the global level to meet the Paris goals.

“We looked at where we were since the Paris Agreement, before COVID-19 — were we actually acting on tackling climate change? And what our study shows is actually, yes — there were lots of things in motion, many countries were succeeding in cutting their emissions, and there was a movement forward,” said Le Quéré.

“But if you actually look at how big the cuts were, they’re very small compared to what we need to actually have an effective result in tackling climate change. That part really means that we’ve not understood the scale of the action.”